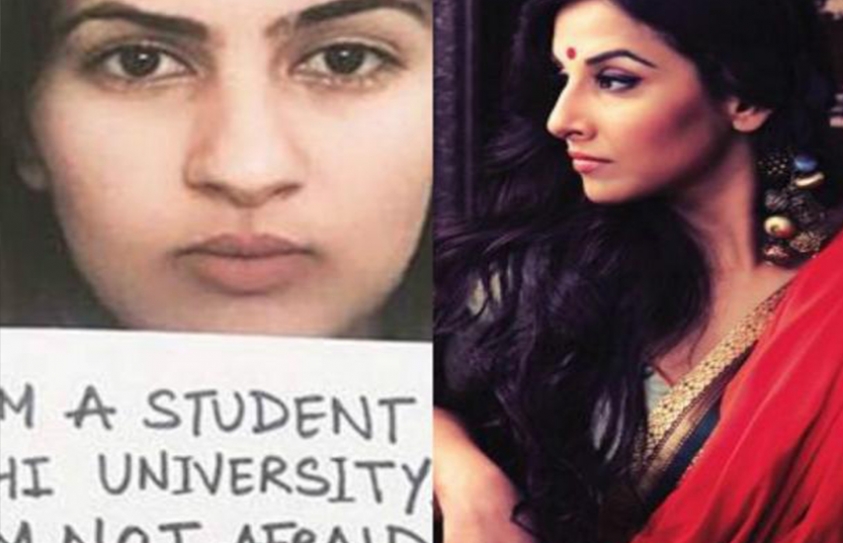 Vidya Balan Speaks Up In Support Of Gurmehar Kaur

Gurmehar Khan, the Delhi University student, recently created a stir online with her post against the ABVP student organisation. While the daughter of an Indian Army martyr has received support from a section of the society, Gurmehar has also received criticism and even threat calls for her act. In the last few days, a few Indian sportsmen like Virender Sehwag, wrestler Yogeshwar Dutt, and even Bollywood star Randeep Hooda trolled the girl. At a recent event, Vidya Balan was asked about her views on the topic. The actress, who has always spoken her mind on social issues, said, "What we need to really respect is everyone's individuality, don't want to comment more but I think everyone should have the freedom to express (themselves)."