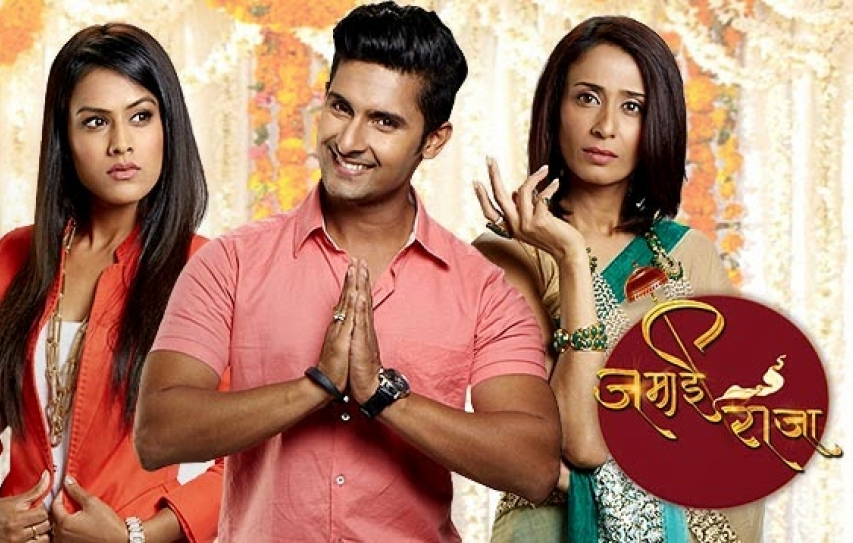 A Pot-Pourri Of Shows

Instead of feeling jaded with the rounds of the same old shows, one is feeling buoyant. Two new channels ? Zindag, which has settled well into selective living rooms in the last two months, and the week old Sony Pal, are reason enough. In July, Zindagi was like a fresh burst of air in a room which reeked of stale cigarette smoke and alcohol, rejuvenating the viewers with its fresh content and look. Along side the latter?s spiffy shows; and Sony Pal?s fresh off the studio floors content, a few new series from trusted old channels are worth the eyeballs.

Zee TV's Jamai Raja certainly merits a viewing. Produced by Akshay Kumar and Ashwini Yardi, it breaks through the saas-bahu convention and has a saas-jamai battling it out, instead. The jamai raja is Siddharth (played endearingly by Ravu Dubey), a jet-setting hotelier in love with Roshni (Nia Sharma). He takes it takes it upon himself to repair the fractured relationship between Roshni and her mother Durga Devi Patel aka DD (played convincingly by Achint Kaur). DD has been through the grind of poverty in her early life and struggled her way up the ladder. But now she looks down with disdain at the middle class, she has a razor sharp mind and a tongue to match.

This month old show has secured its plot, wherein Siddharth and his parents meet with DD to ask for Roshni?s hand. Judging the Khuranas to be utterly middle class (which they aren?t really), DD treats them with scorn, hurls insults and false accusations leading them to walk out. She convincingly fakes a heart attack so that Roshni turns on them too. Soon DD?s Machiavellian play is caught out by Roshni with the help of her Bua. A twist round the bend is when the Khuranas will reveal themselves as millionaires. 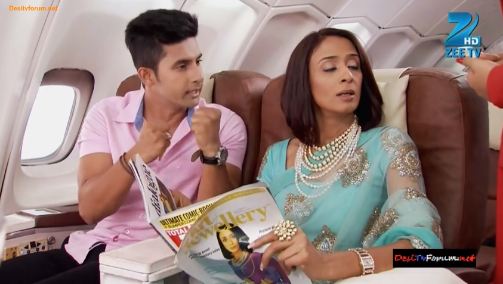 With a cast led by Apara Mehta who plays Roshni?s Nani and Achint Kaur, the rest of the cast of Delnaaz Irani and Darpan Shrivastava and others are able support. The script and Jai Singh?s direction are a plus point. Keep your fingers crossed that the pace isn?t allowed to slacken and there is no contrived over- indulgence. Achint Kaur, who is adept at playing edgy characters, plays DD as mean as she is lean. Do have a look see.

Am Ekta Kapoor?s staunchest critic. She creditably comes up with pioneering telly soaps, and is a trendsetter. But she tends to over do the plot twists and turns which soon go out of control and get stale and stodgy. I only tuned into her newest offering,?? Meri Aashiqui Tum Se Hi?because of Sarita Joshi. Besides Ba Bahu aur Baby, I hadn?t watched Gujarati theatre?s diva?s TV work. The other attraction was Gauri Pradhan (as Falguni Parekh) who has been absent for TV for some time now.

Set around a Gujarati family, it is the love story between Ranveer (the driver?s son) and Ishaani (Falguni?s illegitimate daughter), who ?Baa" Hansa Parekh (Sarita Joshi) treats with utter contempt. Just when I thought that the dhokala khandvi drama was going nowhere, Ekta Kapoor sprung a surprise by getting Ranveer beaten up, cast away and a story leap to one year later.

The Parekhs have lost their grand living, but Baa remains her arrogant, mean self. The scenes between Sarita Joshi and Gauri Pradhan are taut with smoldering resentment. Falguni?s husband Harshad is relegated to a garlanded photo on the wall. The young leading pair Shakti Arora? and Radhika Madan?will have their moments later. Am eager to see how the leap fans out and how the narrative proceeds. So far so good. Please spare us the over-stretched melodrama, Ekta. 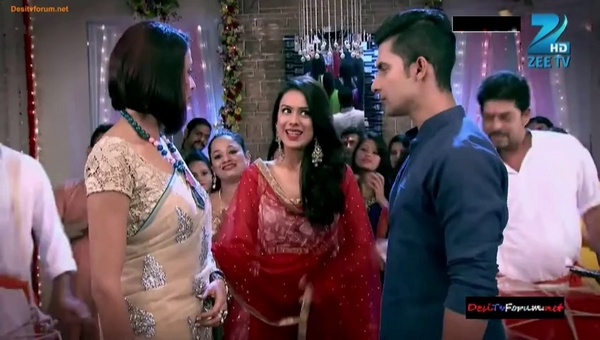 What?s a good lesson to watch is this scene from Thakan on Zindagi. When Sadaf is being harrased on the road by a man who?? had once tried to molest her, she screams for help. The few men who come to her rescue beat up her tormentor (who unknown to her is her sister Mehak?s boy friend). The way this scene was handled was a quick few frames of the beating and cut to the next shot. In Meri Aashiqui Tum Se Hi, Ranveer?s police brutality took up the better part of the one hour special episode! So in the interim I watched Laut Aao Trisha! Both the episodes ? Thakan and Meri Aashiqui Tum Se Hi -- were close on each other?s heels.

I can?t end without sharing this wonderful human touch courtesy Badi Dooooor Se Aaye Hai. When the precocious ?Pritesh plants a video camera in a watch which he presents the dimwitted Hemant Ghotala, he does so to nail the Ghotala family as aliens. When he calls the Sunshine Colony residents to view the footage, he has stirred up a hornet?s nest. Instead of the Ghotala family secrets being revealed, what is spilled out is the malicious back biting ?each neighbour has indulged in about the others. Pritesh?s meddling has created a huge chasm of ill will in Sunshine Colony. The only ones who get the clean chit are the na?ve Ghotalas, who are not stained by human failings. The JD Majethia ?and Aatish Kapadia helmed show is a lesson in the art of living ? do not judge your neighbour for his oddities, for you too are filled with them.