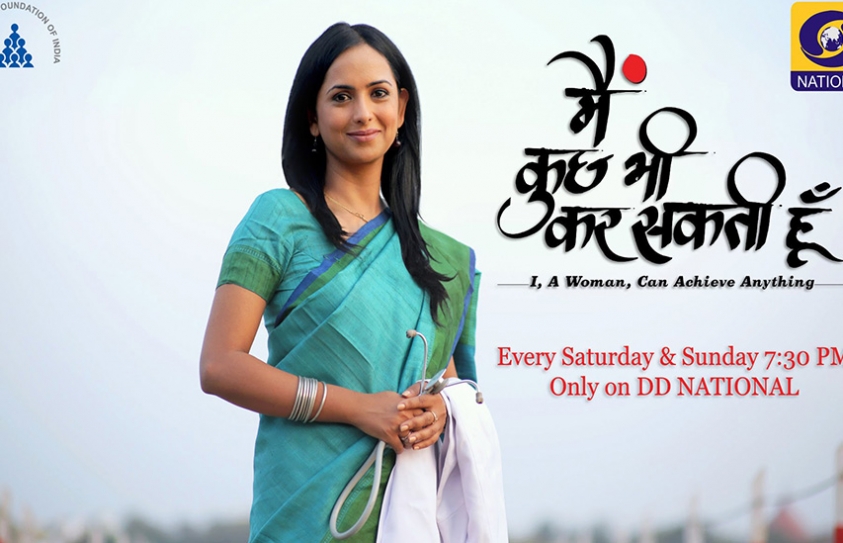 In the early 1990s, at the then nascent MIFF (Mumbai International Festival for Documentary, Animation and Short Films), the package from Canada included a public interest animated short on children diagnosed as HIV Positive. The filmmakers had used a cult figure – Karate Kid – as the superhero with a message. The characters were largely Hispanic, and so was Karate Kid. It narrated the story of a boy and a girl who died of AIDS; being from the weaker strata the children were lured by paedophiles and pimps with treats of ice-cream, chocolates, hamburgers, spiked colas. Karate Kid delivered the message to other street children to refrain from accepting treats from strangers; else they too would suffer the same fate as their friends. It was a short film, but drove home the message and was a popular tool after dubbing it into several languages. It gave the message to its target audience in an acceptable way.
Closer to home, in 2000, it was Shyam Benegal’s Hari-Bhari, which dealt with the issue of women's fertility rights and empowerment that struck a cord. The distributor had wisely selected a modest theatre in Bandra West, which was accessible and affordable by the target group.

Recently, when I remembered Karate Kid, I started thinking how in India, television is such a major vehicle for palatable public interest campaigns, waiting to be tapped. Just then I read a post on the social media about Doordarshan’s very popular series Main Kuch Bhi Kar Sakti Hoon. According to Doordarshan, Main Kuch Bhi Kar Sakti Hoon has achieved a cumulative reach of 400 million, the highest viewership across all shows on Indian television.
MKBKSH deals with social issues which range from the struggles of women working in a village, to health and education. Shradha Singh’s screenplay deals with social problems, fundamental rights, child marriage, female stereotyping and sex determination, etc.

In the episodes, this writer watched of MKBKSH, Sneha, a doctor in a Mumbai hospital, decides to give up her lucrative practice in the city for the work in Pratappur (a fictional village), where her family lives. Sneha’s family dynamics could well be a plot from a soap opera. The characters are akin to those from a glitzy soap, only they are rooted in a rural society with a lout of a son, three daughters, a Bua and the father is a retired teacher. But the crux is women empowerment. Very early in the narrative we are exposed to medical scams and malpractice in both the village and the city.
Shradha Singh’s script has been moulded into a watchable serial by director Feroz Abbas Khan, who is committed to entertainment education for social change. He has used all the elements and techniques of the prime time soap opera, ending each episode on a hook.

MKBKSH is the flagship initiative of Population Foundation of India’s commitment to promoting women’s empowerment. By collaborating with Shradha Singh and Feroz Abbas Khan, they have taken the enlightened route by using popular media to bring about a change of attitudes and behaviour by providing positive messages to viewers on women’s rights and health. The collaboration with like-minded professionals from the media has turned such a campaign into a work of edutainment, which is acceptable to the audiences. Both the writer and director are India’s socially committed creative minds, and have created a well made and conceptualized serial.
In its second season, MKBKSH has proved beyond doubt, that issue- based fiction shows have a viewership if packaged creatively. More likely that Dr Sneha Mathur will be an icon among DD viewers, just as Tulsi Virani was on the GEC satellite channels. Instead of Bahu ho toh aisi, it will be Beti ho toh aisi.