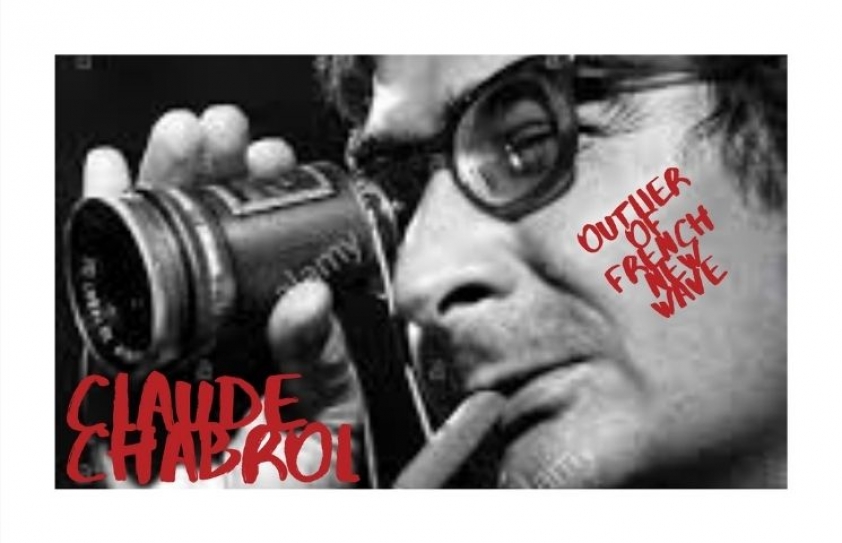 In a career that spanned over five decades, Claude Chabrol (24 June 1930 - 12 Sep 2010) was one of the most prolific and widely respected of French film directors, writes Vandana Kumar

He was one of the prime instigators of the French New Wave (French: ‘La Nouvelle Vague’) - the French art film movement, which emerged in the late 1950s. The movement abandoned most traditional filmmaking norms for experimentation.

Chabrol’s early features helped to establish the movement as a vital new force in cinema. He is regarded as the founding father of the French Nouvelle Vague movement, largely because to his credit is the achievement of being the first of these five filmmakers to have a feature-length effort released. His 1958 self-financed ‘Le Beau Serge’ (Handsome Serge) released one year before Truffaut’s ‘400 Blows’ and two years before Godard’s ‘Breathless’. This proved to the movement’s other members that filmmakers like them could break into the industry on their own without any larger backing.

Born in Paris in 1930, into a comfortable middle-class family, Chabrol was evacuated during the war to Sardent, a rural village in central France. Already a film enthusiast, he set up a makeshift cinema in a barn where he projected German genre films.

After the ‘Liberation’ as he returned to Paris, he took to studying pharmacology and then Law, all the while being keenly involved in the cine-club scene. At ‘Cinémathique Française,’ he met Francois Truffaut, Jean-Luc Godard, Jacques Rivette and Eric Rohmer. In no time he was invited to write articles for ‘Cahiers du Cinema’. A devoted fan of Fritz Lang and Alfred Hitchcock, he collaborated on a book about Hitchcock with Rohmer, which became the first serious study of “the master of suspense”.

That career spanned 58 years and almost as many films, including much-loved classics such as “Hell” and “The Butcher”. His 1959 film ‘Les Cousins’ (The Cousins) won the top Golden Bear prize at the Berlin Film Festival and two of his other films – ‘Violette’ (1978) and ‘Poulet au Vinaigre’ (1985) also called ‘Cop au vin’ (The original title literally means ‘vinegar chicken,’ but poulet is also French slang for cop) - were nominated for the Palme d’Or prize at the Cannes Film Festival. Despite this success he is somewhat less acclaimed (if not less known) than his new wave contemporaries - his films have been influenced by Hitchcock's work to the point that some critics view Chabrol's body of work as one extended homage to Hitchcock. 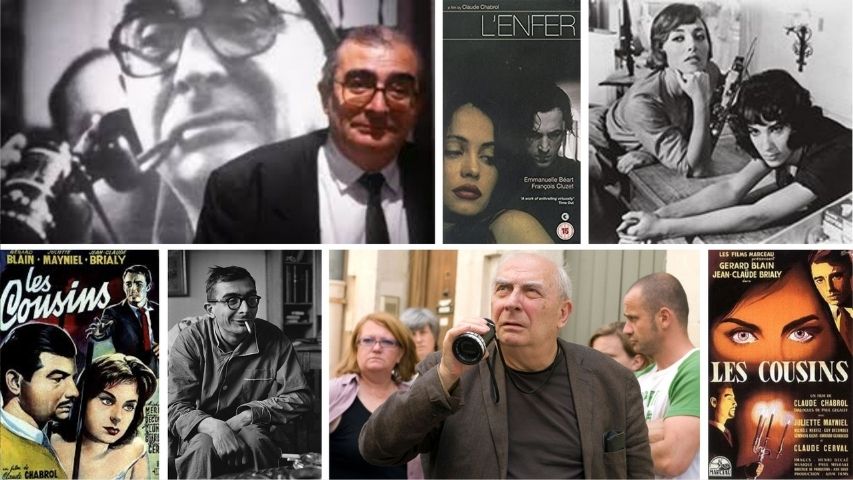 The tendency of a lot of those paying homage is towards becoming a poor man’s version - either that or then plain stealing. Chabrol did neither and went ahead to create a style and a cinema that was uniquely his own, no matter how large the influence - while like Hitchcock he too was not interested in whodunits. He felt that concealing the murderer or the character’s guilt made it the most important thing about the movie and the character. He said, “I want the audience to know who the murderer is, so that we can consider his personality”. Unlike Hitchcock, a majority of his suspense dramas often centered round the lives and fates of women.

Chabrol’s contributions to the thriller and suspense genres are more moody and mannered than the immediate association conjures up. True the silhouette is rather Hitchcock and the material is superficially similar, but there is a different social depth. His movies have the feel and texture of the city, small town or village. Hitchcock’s locals are around, mostly as props of the protagonist. Along with that, class is touched upon in most of Chabrol’s films, whether they revolve around crime or murders or not. His very first ‘Le Beau Serge’ (Handsome Serge) - is a study of a smug Parisian, François (Jean-Claude Brialy), who returns to the village of his youth, coming to the aid of his former best friend, Serge (Gérard Blain). He wants to rescue him from a pointless, working-class existence. Francois seems to have forgotten the little things that made the village and is seen as patronizing.

The film established the sharp anti bourgeois themes that would primarily shape the rest of Chabrol’s career. He would go beyond atmosphere and murder, and you uncover studies of hypocritical classes and social mores. A lot of his films took up the bourgeois lifestyle and sensibility - with the same passion that Luis Bunuel did. The bourgeois with their operas and piano lessons fitted in so well to all that was sinister around the film. Scratch the surface and you get tensions brewing within the family and of class. Bunuel was all subversive humor as he took potshots at the bourgeois. Chabrol’s bourgeois treatment has deathly humor and morbidity. 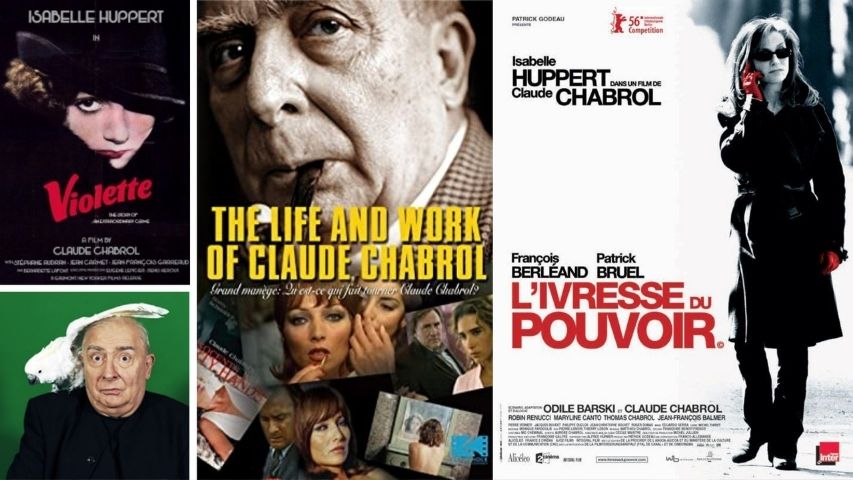 In ‘Merci pour le Chocolat’ (2000 - Thank You for the Chocolate) Marie-Claire "Mika" Muller (Isabelle Huppert, who teamed up for seven films with him), plays a sociopath in bourgeois clothing, She has inherited control of a large and successful Swiss chocolate company, remarries well-known musician André Polanski (Jacques Dutronc), to whom she was briefly married almost two decade ago. The newfound contentment of middle age remarriage goes awry by the arrival of Jeanne (Anna Mouglalis), a beautiful young piano student, claiming to be André's daughter. André welcomes her warmly, coaching her through a performance of Liszt's Funerailles. Far from evincing jealousy, Mika welcomes her too, even inviting her to stay, and proceeds to cook up various chocolate potions for her and the entire family, time and again. The chocolate in the hands of Hubert takes on a life of its own and appears as dubious and suspect as Mika herself. There is the grandeur of the home and piano lessons that set the slow pace.

‘La Cérémonie’ (1995 - The Ceremony) shows sharp schisms between a rich French family on one hand and their strange newly appointed housekeeper aided by the postmistress (once again Isabelle Huppert, playing a morally dubious and complex character) on the other. The housekeeper and postmistress both come with their own baggage and twisted pasts. The built up of their resentment towards authority is slow but sure. The family is oblivious of this as they plan out grocery lists on visits to the city and family time is defined as an evening of watching Mozart on television. Chabrol himself called it a Marxist film about class struggle. So to reduce Chabrol to the French equivalent of Hitchcock does him grave injustice. In fact, Hitchcock’s psychoanalytical obsession is replaced by a larger social context and the battle of power and oppression by Chabrol. A ‘class’ representative in some case by him often replaces the individual.

If we have to talk about the majority of Chabrol’s films dealing with women and the lives of pathological or obsessive women, in particular, then this article would be incomplete without a study of Violette (Violette Nozière), 1978. The story revolves around a sensational murder case in the 30’s. 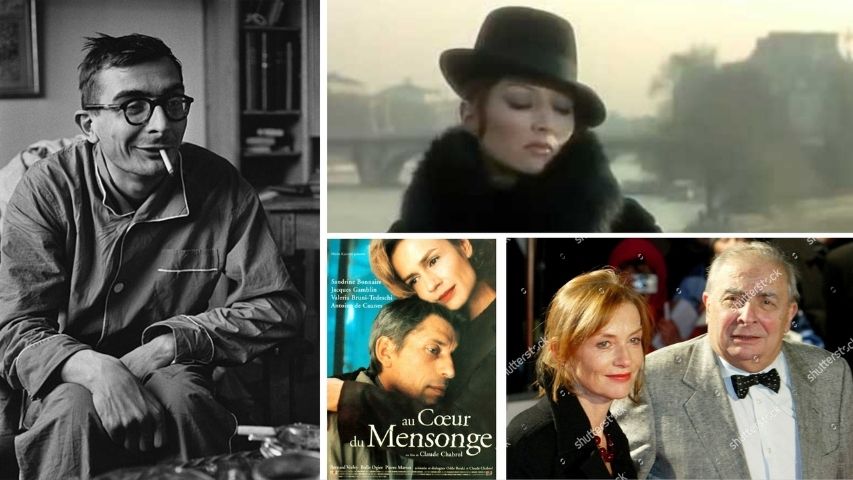 At the age of eighteen, Violette Noziere was put on trial for the murder of her father and the attempted murder of her mother. She was found guilty, and sentenced to death. (Later the sentence was changed to life imprisonment). It is a riveting two-hour tale of the double life led by a schoolgirl. Considered a paragon of virtue by her parents and a demure virginal schoolgirl - they know nothing about her secret escapades and desire to break loose from her middle class moorings and how she as a ‘solicitor of sex’ prowls at night for desolate men in the Latin Quarters of Paris. In one such encounter she acquires a lover for whom she started first to steal from her parents. Eventually she plots their murder in the hope of satisfying her lover's demands.

Considered the outlier of the ‘New Wave’, he devoted his lifetime to over 50 feature length films dealing largely with infidelity in bourgeois households and unhinged characters. There was as much murder as there was black humor in his films. In La Femme Infidèle (The Unfaithful Wife, 1968) the long lonely dining table with spouses at two ends of the table with little room for more than stilted conversation makes as much a statement as does the murder. In fact with the mood he created, murder was the least of the statements. It was just a device to bring out the rot prevalent all around.

Chabrol in his early life faced parental opposition, as they were horrified that he wanted to make films. "My mother explained that the cinema was full of homosexuals," he said. "As far as I was concerned, either I was a homosexual or I wasn’t. So making films would change nothing.”

Cinema and the ‘French New Wave’ would have been so much poorer had he been convinced otherwise. As a layperson I can only make a fervent appeal to cinema lovers and scholars to revisit Chabrol and his contribution to the French New Wave.