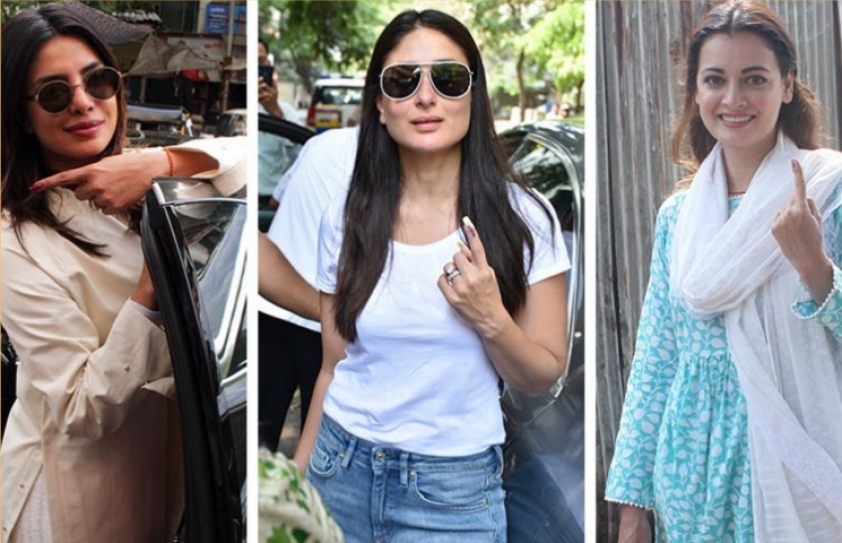 Bollywood casts their votes in the Lok Sabha 2019 Election

Voting for the fourth phase of Lok Sabha elections have started on 29th April. It covered many seats in Maharashtra, Rajasthan, Uttar Pradesh, West Bengal, Madhya Pradesh, Odisha, Bihar, Jharkhand and a part of the Anantnag constituency in Jammu and Kashmir.

Nearly 12.79 crore people are eligible for voting in the fourth of the seven-phase elections, as per estimations. In Maharashtra, a number of celebrities like Priyanka Chopra, Madhuri Dixit, Aamir Khan, Dia Mirza, Sonali Bendre, Rekha and actor-turned politician Urmila Matondkar turned up at polling booths to cast their votes.

Madhuri Dixit-Nene and Priyanka Chopra took to Twitter and shared pictures of their inked fingers. “Voting is our right, let's use it wisely! The future of our country is in our hands. Let's do our duty and #VoteForIndia” Madhuri wrote, while Priyanka quoted, “This is the moment that matters....  Every vote is a voice that counts. #LokSabhaElections2019” 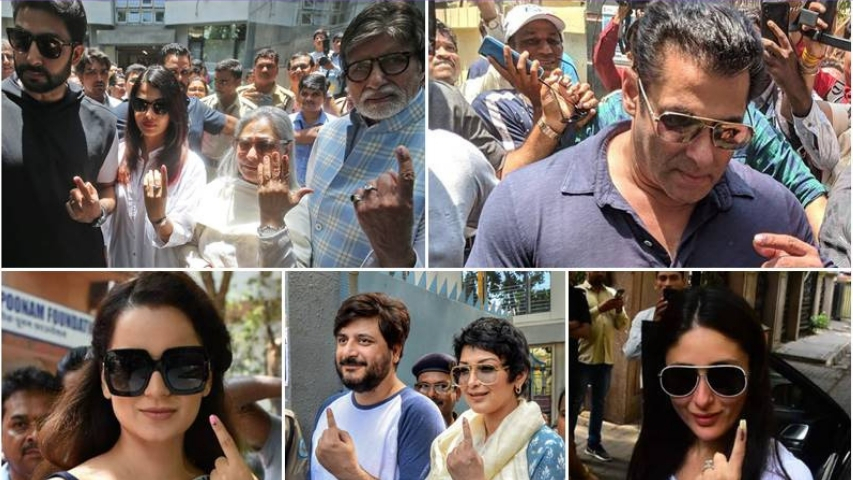 Bollywood celebrities were spotted at the polling booth to cast their vote.

Actress Urmila spoke to News18: “I request all to vote...vote intelligently”. The talented Rahul Bose took to Twitter to share a photo of himself posing with an inked finger and wrote, “Have you? Returned from shooting in Hyderabad to do this. Catching a flight out in two hours. #DanceOfDemocracy #MayTheBestIdeasWin.”

After casting her vote, Kangana told reporters, “It is a very important day, which comes once in five years. So please make use of it. Under the previous governments, the country was in the “worst state possible”, so people should come out in large numbers and “vote for India”, she said.

Raghu Ram took to Twitter and wrote “For 5 years, all the parties talked, and we listened. Today, we’ll talk. And they’ll listen! #VoteKarMumbai #VoteHard”

Prakash Jha wrote: “Just voted! With my daughter @dishajha !!Both, respectfully, for our different preferences!!! But we voted for the peace, prosperity and pride of our beloved India... And most of all... the dignity of each of our brothers and sisters of this great Nation!! Jai Ho!!”

Mahesh Bhatt wrote: “Your vote is your voice. Vote for the soul of India.”

Several other personalities took to social media to post their thoughts and comments on the 2019 Lok Sabha Elections.