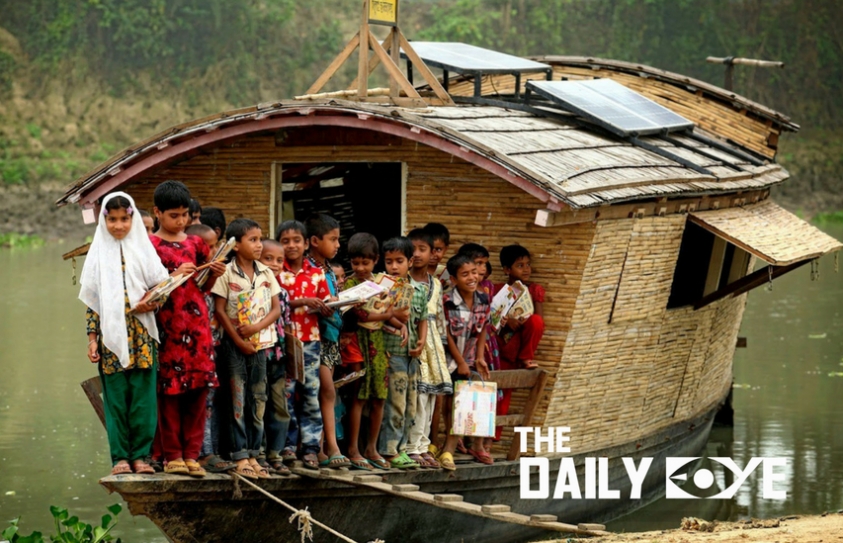 Located at the crossing of two mighty rivers: the Ganges and the Brahmaputra, Bangladesh is the largest delta in the world. Being the largest delta has made the land one of the most fertile in the world. However, most of Bangladesh lies a few meters above sea level. From the beginning of time, the rivers have overflowed during the monsoon. A vast region of the country can stay underwater for five months from June to October.

The beauty of Bangladesh is its people. The more the adversity, the more resilient the people become. The more innovative solutions they find. One such innovation is the floating school that started as a Bangladeshi 'start-up' and is now an envoy to the world. 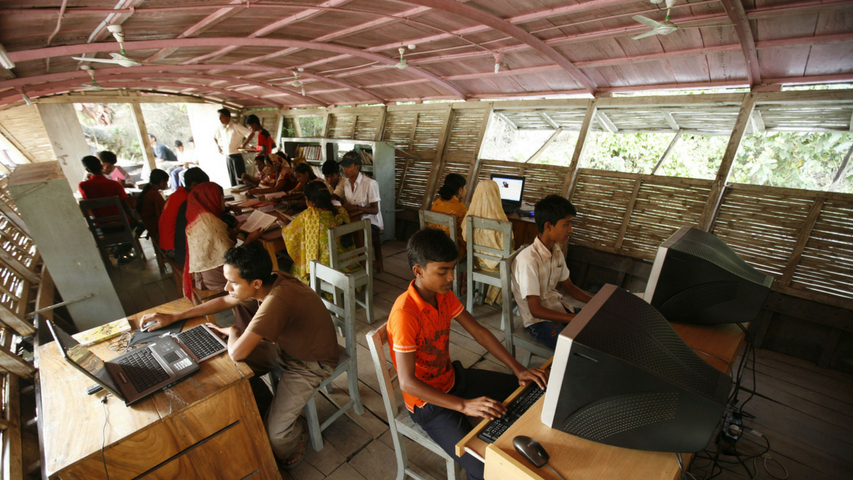 On the Atrai River in the northwest of Bangladesh, a small beige boat is tied up in tall grass that lines the riverbank. The interior of the boat is packed with narrow benches which in turn are jammed with children. There are 29 students in this third-grade class and it would be hard to fit any more into the narrow vessel. The kids sit shoulder-to-shoulder facing a blackboard at the back of the boat. Why? You may ask.

Most kids growing up in North-western Bangladesh are familiar with the disruption of life during monsoon. It is difficult or impossible to attend school during this time. While few families who owned a boat for transportation allowed their kids to attend classes, most students dropped-out from school and were deprived of elementary education.

So an idea struck to a charity. If the kids can't go to school during monsoon, why not bring the school to the kids? Therefore, one local charity decided to take the classrooms to the students in the form of schools on boats. This boat is one of 23 floating year-round schools in this part of Bangladesh run by Shidhulai Swanirvar Sangstha, a local non-profit group. Mohammed Rezwan, the founder of Shidhulai Swanirvar Sangstha, grew up in the flood-prone part of Bangladesh and had faced similar problems himself back when he was in school.

Each morning the boat goes along the river picking up students. Once the whole class is on board, they pull over to the riverbank and the school starts for the day.

In addition to their standard primary school classes of Bengali, English, Maths and Science, the students also watch a video about the adventures of Meena and her pet parrot Mithu. Meena is an educational series developed by UNICEF and is the closest thing South Asia has to Dora the Explorer, noted National Public Radio.

Bangladesh is not only the eighth most populous nation in the world with 160 million people, but it is also one of the countries that are most prone to flooding. Academic activities in around 4,000 primary and high schools, colleges and madrasas in northern and north-eastern districts of the country were severely affected by monsoon flooding that devastated the country in 2017.

"If the children can't go to school for lack of transportation, then the schools should go to them," Rezwan says. "The idea was to ensure all-year-round education."

His non-profit now runs 23 boat schools in this part of Bangladesh. Shidulai also operates five floating medical clinics and just launched a playground-slash-library that plies the rivers. All their services are free. Rezwan says Shidhulai pieces together funds from national and international groups as well as individual donors to pay for its programs.

Source: Children in a Floating School in Bangladesh (ScoopWhoop)