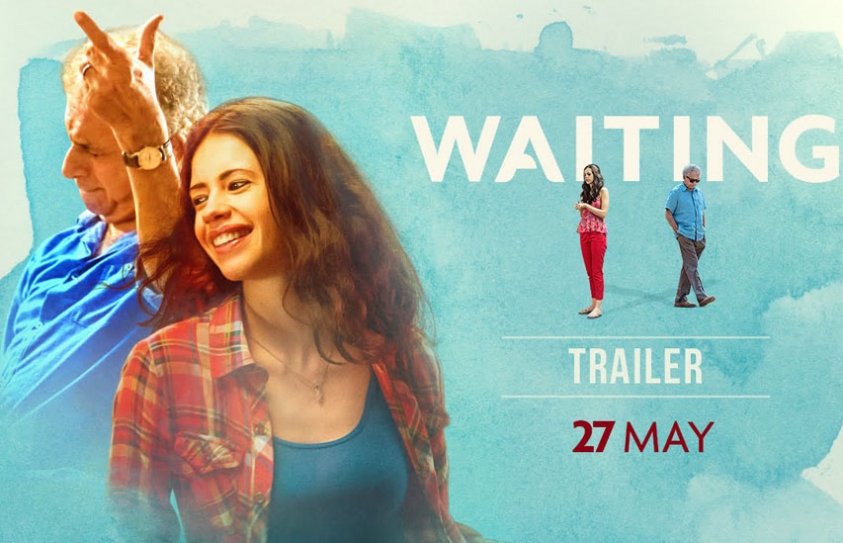 “We never live; we are always in the expectation of living.” ― Voltaire

When Tara Deshpande (Kalki Koechlin) gets the news of her husband Rajat's (Arjun Mathur) terrible car accident in Kochi, she rushes from Mumbai to an alien city. Exhausted by the emotional turmoil and the lack of support, she descends into wallowing self-neglect. It is only after she meets Shiv Natrajan (Naseeruddin Shah) that she decides to take care of her triple necessities on his advice - eating, drinking, sleeping.

Shiv is quite the veteran in the sterile room where the waiting stays up for the awaited. He knows the drill for the past eight months, greeting every attendant, receptionist and nodding wearily over hospital procedures - he has read every medical journal worth reading. The doctor's jargon does not fool him. Shiv navigates his way so confidently around the hospital that Tara mistakes him for a doctor during their first meeting (as does the audience in his introduction).

Tara is young, impetuous and newlywed. It is too soon to lose her spouse. Shiv has had a forty-year run with his wife Pankaja (Suhasini Maniratnam). He does not want to lose her either. His grief is more restrained though, allowed to simmer over months in various stages, which he does explain to Tara when she asks him how he copes.

Soon, she begins to get into the groove and emulate Shiv's routine. Tara takes to interacting with the staff, understanding her husband's vitals and reading James Dashner to him, much like Shiv poring over a book for his wife. All this while doctors circle around them like hawks, doling out the treatment but little of the empathy. Shiv has no family to speak of, while Tara's yuppie friends would rather send positive energy and Buddhist chant advice from afar.

Essentially, we know the backgrounds of the two characters. Vaguely. Shiv lives in a middle-class neighbourhood where a kindly neighbour offers him dabba while his wife remains comatose. Tara is active on social media. She has an ad campaign for sanitary pads on YouTube. Her friends seem self-centred. And her parents and in-laws disapproved of her marriage to Rajat, so she goes almost the entire length of the film without telling her mother-in-law that her son is in a coma. Not sure how withholding that kind of information can ever be considered a good idea. 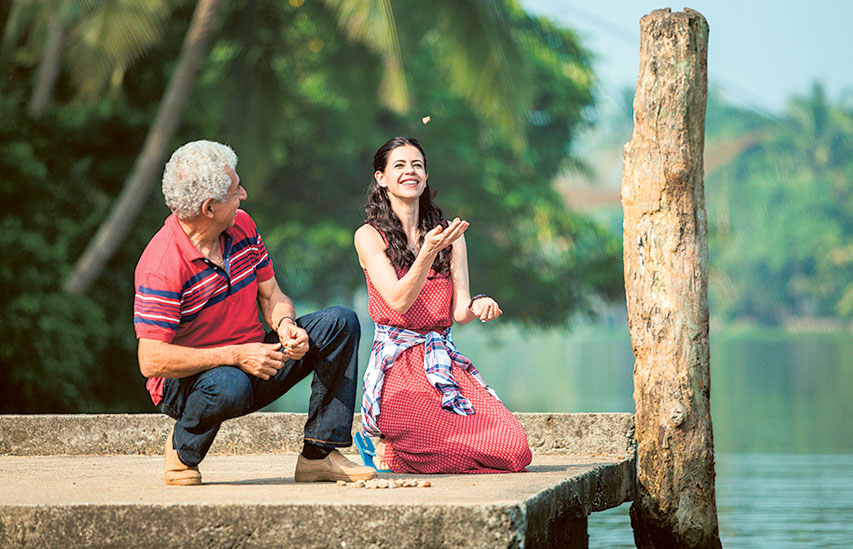 That is the problem with Waiting. It takes its title too seriously and in wanting to involve the audience in the drudgery of the characters' lives goes down a meandering path. A lot of the confrontations seem forced since the provocations come out of nowhere. Shiv's pained revelation to his unconscious wife adds nothing to the story.

Waiting has its moments but caters to a multiplex audience. It possesses some wit and banter in the first half which wears off fast and spreads thinly over a second half in a film that is barely a 100 minutes. You will be left "waiting" for a substantial twist amidst sequences of erratic and mundane character behaviour. It may be slice of life, but it is just not compelling or eventful enough. There are potentially interesting side characters but nothing is done with them. This leaves us with a film on coping with some predictable coping mechanisms. Warm yet uneven, Waiting does not rise to the full promise of its premise.