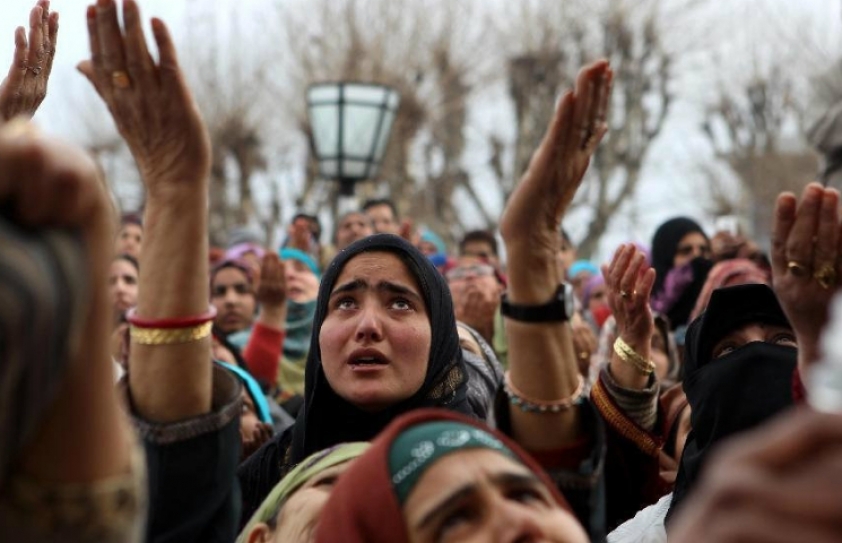 The Jammu Kashmir Coalition of Civil Society (JKCCS), a human rights organisation in the state, has compiled the data of 108 cases of human rights violations since 2008 where probes or enquiries have been ordered. On March 17, it is said that a young school principal was picked up by security forces in south Kashmir and later people in that region woke up to the news of his death. The police issued a statement that the 29-year-old died in the police custody following an FIR.

The FIR was named under the young principal’s name, Rizwan Assad Pandit who was charged under Section 224 of the Ranbir Penal Code for an attempt to escape from custody. Pandit’s family alleged that he was killed in police custody because torture marks were visible all over his body. This was confirmed by a preliminary autopsy report compiled by the Government Medical College, Srinagar, which mentioned “excessive bleeding caused by deep wounds on his body”.

The report also pointed out that “some injuries were … older than others”. In 2018, Pandit was arrested for “anti-national activities” and booked under the Public Safety Act (PSA). After some days, the J&K High Court quashed the PSA but the police didn’t release the 29-year-old for the next 15 days, his family said. The family also alleged that he was tortured in custody. In regard to this, an FIR would be filed, the family was told.

News18.com reached out to Tahir Saleem, senior superintendent of police, Awantipora, who was involved in the investigation report regarding Pandit’s alleged custodial killing. Though Saleem said he had submitted the report, Qazi Masood - the enquiry officer in Pandit’s case - said the submitted document was not what he had sought from the Awantipora police station.

As per data compiled by the JKCCS, the violations include instances of killings and fake encounters, rapes and molestations, custodial killings, beatings and pellet injuries among others where the list of accused persons ranges from police and army personnel to Ikhwanis, militants and “unidentified gunmen”. Of the 108 cases, nine are custodial killings – the report said.

Custodial killings were all in practice since 2008, three in 2009, one in 2010, three in 2011 and one in 2015. So far, hundreds of Kashmiris perished in the interrogation centres run by the security forces, though there are no official figures available. 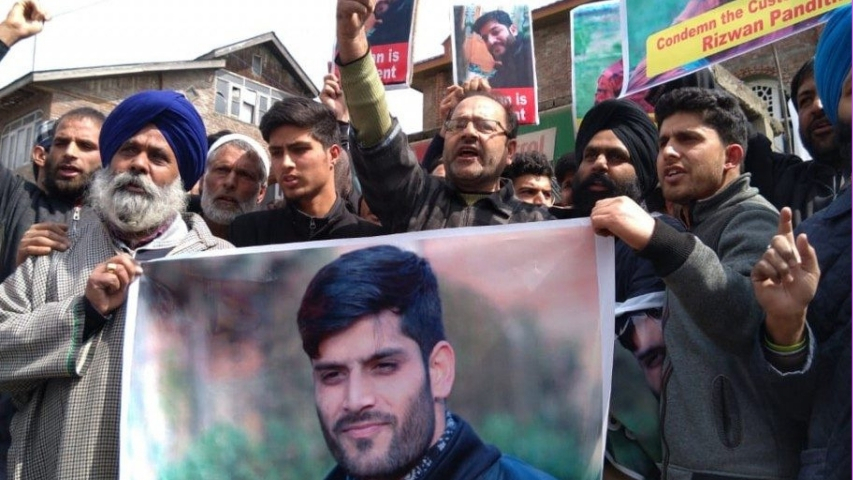 However, Muneer Khan, Additional Director General of Police, Jammu and Kashmir, believes otherwise. “In cases where armed forces were found responsible [for human rights violations], they have faced severe consequences like court martial. Security forces are accountable to institutions,” Khan said. He added that even in cases of custodial killings and fake encounters, security forces have been held responsible if they were found to be guilty. “It is only the militants who are not accountable to anyone,” Khan said.

Waheed Parra, spokesperson of People’s Democratic Party (PDP), acknowledged this breakdown. “It’s true that probes are ordered and nothing happens after that,” Parra said. “This lack of impartial probes,” Parra believes, “is because of two things: the will of the system and people’s participation.” Parra says the troubles facing the judiciary in Kashmir are systematic in nature and Kashmiri courts are not strong enough. “People lack faith in court processes,” he said. “In Rizwan’s case, the situation is hostile… an FIR was filed against a dead person,” Parra said.

Shafkat Hussain, a human rights lawyer, however, believes that the filing of an FIR and the road to justice is a long process in Kashmir. Explaining the procedure in cases where allegations are made against security forces, Hussain said, “First, a petition will have to be filed in a court of law. The court will then call for an inquiry and if it is found that there is sufficient evidence against security forces, the court will direct the police concerned to file an FIR. Once the police personnel conduct an inquiry, they present the charge sheet before a court of law,” Hussain said, further explaining that the Centre’s sanction is required to prosecute in such cases after the charge sheet is filed.

Kashmir has long been witnessing custodial deaths. In 2008, the state police admitted that almost 330 people had died in custody since 1990. Many civil society members and activists back then had said the actual numbers were much more than that. According to the JKCCS, the state saw 225 cases of custodial killings from 2002 to 2009 alone. Amnesty international, an independent human rights organization, had earlier recorded 706 custodial deaths between 1990 and 1994.

In Pandit’s case, though, the miscarriage of justice extends beyond the judicial probe or its findings. Thirty-two days later, the family hasn’t yet been given a copy of the FIR or the post-mortem report which found that Pandit died due to “external wounds…suspected to be caused by some sharp object”.