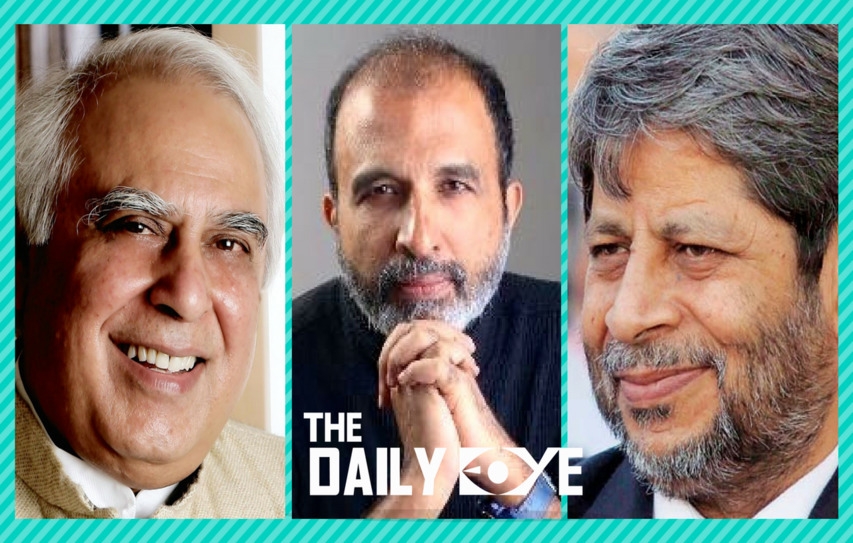 The Alchemy of Fear, Superstition and why India should be led by a Coalition Government?

The Modi-led BJP came to power in 2014, after three decades that any political party of India got a majority in the Lok Sabha. It was last in 1984, that Rajiv Gandhi’s Congress crossed 400 seats, following the assassination of his mother Indira Gandhi. But since 1989, coalitions have been the norm, except for a single-party but minority government of the Narasimha Rao-led Congress in 1991-96. Even the Janata Party government, the first non-Congress majority with 295 seats, withered away in three years. How can a single-party majority, centred around the singular personality, impact the need for representation of the voice of 1.2 billion Indians of all descriptions?

Former Union Minister and senior Congress leader Kapil Sibal on Saturday strongly pitched for a coalition government, insisting that they deliver much better than governments with a majority and a strong leader. Speaking at an interactive programme organised in Nagpur by the All India Professionals Congress (AIPC), Sibal said, “The UPA coalition governments delivered much better in terms of economic growth than the current dispensation with full majority and strong leader like Narendra Modi. So, the people have to decide what kind of government they want.”  Sibal’s observation on coalition governments came during an answer to a question regarding the “street violence” by lynch mobs. He said, “This violence is because the BJP is ruling the government instead of the government running the state. There is no distinction left between the party and the state. If BJP returns to power with a majority, the violence will continue. If there is a coalition government, it will end.”

Sibal was one of the two guests, who were posed questions by moderator Sanjay Jha, Congress spokesman and Maharashtra in-charge of AIPC, on various issues. The other guest was former Maharashtra Attorney General and senior lawyer Shrihari Aney.

Aney drew a similarity with Emergency days over Jha’s question regarding current “media gag” by the Modi government, saying that with people collectively opposing it, it will blow over. Sibal, however, sought to distinguish saying, “The Emergency was declared under the Constitutional provision of Article 356 and was subject to judicial scrutiny but now with that provision gone, it is not possible to bring it back. So now there is this undeclared emergency.”

The floods in Kerala are unimaginably devastating and it is going to take a long time before we can calculate the magnitude of damage caused and immensity of loss as well as its consequences. We have made massive investments in disaster management and towards building infrastructures that should be ready to reach out when such tragedy strikes, but we’re always just too late in reacting. As a matter of fact we’re worse than even bad when it comes to the government reaching emergency services to one of those States in India, which is not being governed by the political party in power at the centre, and this is the reason why the conversation between Kapil Sibal and Shrihari Aney moderated by Sanjay Jha becomes significant to this piece I am writing.

Looking at how things have unfolded over the last six days for Kerala and taking to account the fact that the deluge struck a day before 15th August 2018, which was the 72nd anniversary of India’s freedom from British rule, there is much reason to believe that media and optics override even apocalypse now. 15th August is that one day each year when the Prime Minister of the country gets to address the nation from the ramparts of the iconic Red Fort and therefore it was no surprise then that this great misfortune that struck Kerala, was swept under the carpet so that Indian media could cover the speech, which would have otherwise got submerged by this cataclysmic flood. And then on the 16th August 2018, India lost the last among its tallest leaders, Atal Bihari Vajpayee, along with whom an era has now also passed. So here I have no complaints because it was about time that the nation be reminded of those secular and inclusive principles Atalji had lived and died for ironically, which the present political dispensation and social atmosphere is so callous towards.

Barely ten days ago, S Gurumurthy, journalist and editor of a Tamil political weekly Thuglaq, economist and chartered accountant, also the co-convenor of the RSS-affiliated Swadeshi Jagran Manch, was appointed a part-time non-official director of the Reserve Bank of India. He brought an end to the central government's apathy towards the disaster which was growing in magnitude down South by tweeting, that Lord Ayyappa's anger is causing the Kerala floods.

So Lord Ayyappa sits at the Sabarimala Temple in Kerala where women between the ages of 10 and 50 are not allowed to enter and where only men who have practiced celibacy for at least one month are permitted to go and offer their prayers. Earlier this month, the Supreme Court of India had reserved its verdict on the petitions challenging the restriction on the entry of menstruating women into Kerala's Sabarimala temple. As hell broke loose and a twitter storm, the cyclone hit State of Kerala finally took centre stage and news of the catastrophic decimation of life, infrastructures and people started to roll out across television channels; taking systematic commercial breaks for Dominoes, McDonalds, Mutual Funds, etc., every few minutes; but we can forget about that indifference for now.

Following S Gurumurthy’s tweet came one more from Rajiv Malhotra who is collecting donations towards flood relief. He is crowdfunding for Hindus, and he tweeted that the Communist Party led government of Kerala is isolating the non-muslim and the non-catholic victims of this scourge. Malhotra is an Indian-American author and public intellectual who, after a career in the computer and telecom industries, took early retirement in 1995 to found the Infinity Foundation, which focuses on Indic studies, but also funds projects such as Columbia University’s project to translate the Tibetan Buddhist Tengyur. Apart from the foundation, Malhotra promotes a non-western and nationalistic view on India and Hinduism. Malhotra has written prolifically in opposition to the academic study of Indian history and society originating in Europe and the United States, especially the study of Hinduism as it is conducted by scholars and university faculty of the West, which he maintains denigrates the tradition and undermines the interests of India "by encouraging the paradigms that oppose its unity and integrity." (Courtesy: Wikipedia).

It is really not surprising then at all why the present Prime Minister of India who is leading a government that came to be formed with an absolute majority in 2014 after 3 decades of coalition-led governments in India, keeps these two men hanging around and speaking on his behalf through social media and at other forums. Isn’t it obvious that both these learned men (?) advocate for the Prime Minister and fuel the alchemy of fear among his followers to mask the government’s ineptitude with their respective hypotheses; which perpetuate irrational beliefs that secular, liberal and intellectual aesthetics are actually a conspiracy led by foreign forces motivated to eliminate the Hindu race?

While S Gurumurthy can very easily convince this agency with one more torpedo on Twitter about why the rupee has fallen to its lowest at 70 against the dollar (because women who don’t have access to toilets pee-ed behind a shrubbery which was revered in one of our several mythologies?); Rajiv Malhotra can very well confuse them with what he has already started to do with his latest tweet in which he says, “Is it an important topic for discussion that many foreign-funded religious groups look at disasters as opportunities to evangelize?”

Can a country as large as India and as diverse in terms of languages, ethnicities, demographics and cultures be led by a single idea and that which is obsolete in context to globalisation? Isn’t the discourse going to get more convoluted than it already has become, if further justified by this duo and their like?

Imagine how much more deception and duplicity will slip into this grandiloquence when logicians and sophists (I weep while using these words for them) like Gurumurthy and Malhotra are added to the list of people advocating for a conflicting majoritarian agenda within a pluralistic composition of people?

It’s about time that we understand that India is too vast and that in these times of an information revolution, it is no longer a country that can be governed by one political party driven by a single strain of thought, which is deeply rooted in superstition and in the unfound fear of the extermination of its majority Hindu population.