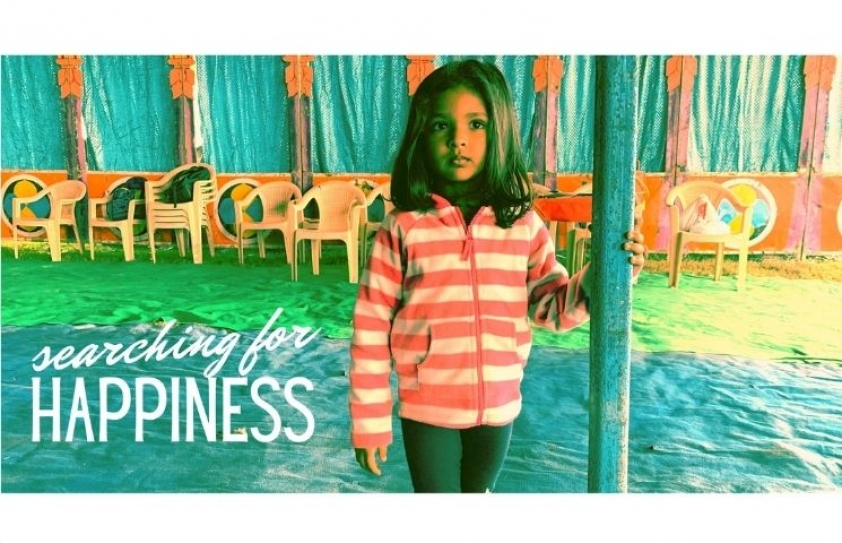 Originating from a conversation with his seven-year-old daughter, Suman Ghosh’s new film is an ode to the city of Kolkata, writes Shantanu Ray Chaudhuri

A Google search for the word shows up 1,20,00,00,000 results. Goodreads has 15,086 quotes on it. Every writer, philosopher, artist, poet, painter, wellness expert and researcher worth the name has tried to fathom what it entails. Talking about researcher/author Sonja Lyubomirsky’s description of happiness in her 2007 book The How of Happiness as ‘the experience of joy, contentment, or positive well-being, combined with a sense that one’s life is good, meaningful, and worthwhile,’ greatergood.berkeley.edu says that ‘the definition resonates with us… it captures the fleeting positive emotions that come with happiness, along with a deeper sense of meaning and purpose in life - and suggests how these emotions and sense of meaning reinforce one another’.

Suman Ghosh’s Searching for ‘Happiness’ renders most of these discussions and definitions academic and facile. What does happiness mean to a four-year-old child? A balloon decorated with a smiley by her mother that she lets go of from the terrace. Like all Ghosh’s films, this too begins with a pithy quote, this time Maxim Gorky’s: ‘Happiness always looks small while you hold it in your hands… but let go of it and you learn how big and precious it is.’ In a way, it is apposite… as long as the child has it in her hands, happiness is just a ‘small’ balloon. The moment she lets go, it makes its way over the city skyline, it becomes something bigger. As the child says while releasing it, ‘It will make everyone happy.’ But of course that’s a child’s utopia and Suman Ghosh is too perceptive a film-maker for that as the child’s final comment in the film makes heartbreakingly clear.

The idea for the film originated with Suman’s seven-year-old daughter, Maya. One Sunday, Maya got a balloon and drew a smiley on it. She and her sister Leela went to the balcony of their eighteenth-floor apartment in Miami. Back inside, they started looking out of the windows. When Suman asked them what they were looking for, Maya said that she was searching for ‘happiness’. It turned out that she had named the balloon ‘happiness’ and because she wanted to spread happiness around the world, she had let it go. This provides the ‘fictional’ framework of the narrative starring real-life mother-daughter Sudiptaa Chakraborty and Shahida Neera, as the latter steps out of her home, without telling her mother, to look for the balloon she has just released to the world. 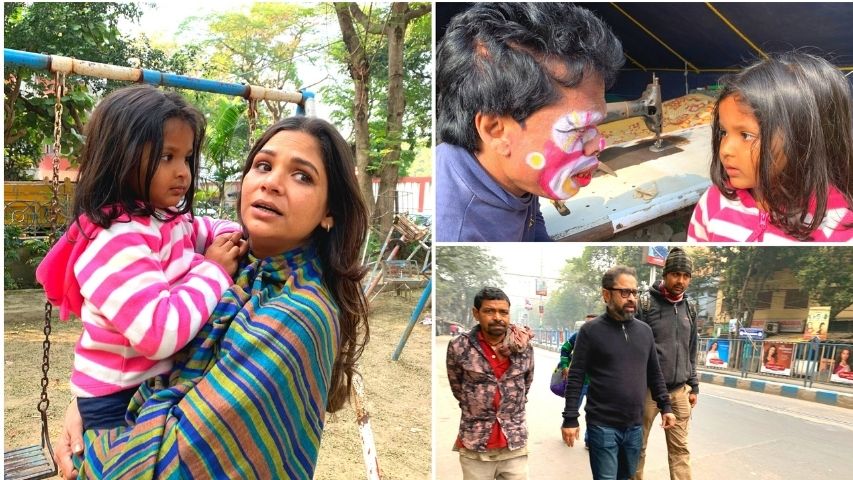 What unfolds is a series of fascinating ‘journeys’ – the child’s in pursuit of ‘happiness’, the mother’s as she goes looking for her child, and of the people Shahida encounters in the course of her day out on the streets of Kolkata; all of whom are searching for their own versions of happiness. A garbage collector/sweeper who, after his morning stint with the municipality, goes looking for work under the ‘100-day-work scheme’. A rickshawallah whose day starts picking up load for a party decorator before his second shift plying the rickshaw – all for ‘Rs 150-200 a day’. A beautician who travels all the way from Bandel every day to her beauty parlour in the city. A dwarf at a circus, lamenting the death of the circus as an entertainment and art form. The common refrain across these lives - they have little else to look forward to but the everyday toil for basic survival; happiness is a chimera.

And framing these real-life stories is Shahida, going about her own way, and her mother frantic about her missing four-year-old. I have always believed that Sudiptaa Chakraborty is probably the finest actress in Bengal today, and even with the limited scope she has here she shows why. Shahida is a natural and provides some of the film’s delightful moments. Look at her standing in front of a jalebi vendor – and then walking away with a plateful. Cajoling a lollipop out of a shopkeeper. Or asking a flower seller for a rose, which he does not have in his wares (happiness would probably be a rose, but she gets a marigold).

The film’s biggest strength however lies in its captivating kaleidoscope of life on the streets of Kolkata – and a shoutout here to the camerawork by the brilliant Soumik Halder, more so given the unscripted, surreptitious nature of the shoot with much of the film emerging even as it was being shot. I cannot recall another Bengali film in recent times, which provides this up-close and intimate look at the streets, markets and localities of this great metropolis, and the people who inhabit these. You can almost smell the footpaths reflecting the dappled winter sun, the markets overflowing with Christmas decorations, the shanties, the congested alleyways, the rundown walls layered with political graffiti and lungis, gamchhas, garments and whatnot hanging out to dry. Adding to the narrative is Anirban Sengupta’s sound design, the background score comprising almost entirely of ambient city sounds interspersed with snatches of evocative music particularly in the wonderful closing montage.

It’s heartening to see a filmmaker attempt something like this. But then Suman Ghosh has carved an interesting trajectory. A mainstream venture like Kadambari (2015) is followed by the way-out black comedy Peace Haven (2016). A film like Nobel Chor (2012), starring none other than Mithun Chakraborty, coexists with the absolutely brilliant Shyamal Uncle Turns off the Lights (2013), based on a true story about an eighty-year-old man obsessed with switching off streetlights, which are left on even during the day. It isn’t surprising then that after Basu Poribar (2018), a multi-starrer, he opts for this intensely ‘personal’ project.

Cahiers du Cinema called Shyamal Uncle ‘extraordinary magic’, adding that ‘the impeccable rhythm and the art with which the director deals with new twists invite the audience to understand that a true epic is told in the small adventure’. That bit about ‘true epic told in the small adventure’ holds true as much for Searching for ‘Happiness’, in particular the closing four-minute montage of a city going about its business - the characters we have encountered in the narrative returning home, a teeming city square, a fish market, vendors scurrying about with baskets on their head, people boarding buses, making rotis, children having a bath by a street tubewell, an elderly man getting a shave, another stubbing out a bidi, the cacophony of a metro station, a child practising archery with a clothes hanger, a game of football. And floating above all this, just out of reach, the elusive balloon of happiness.