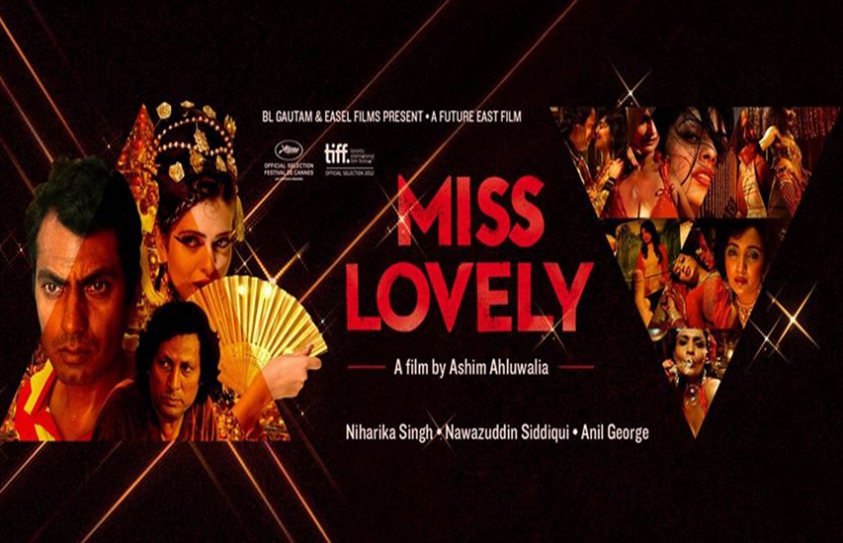 We need a strong lobby for pushing good Hindi films ahead, given the spate of mediocre potboilers. But it seems that director Ashim Ahluwalia will not be the pioneer of said lobby since he takes this need too strongly.

And that right there is an hour’s worth of plot given in a few lines. You wish the director had decided to have a narrative just as crisp. Far too much screen-time is devoted to a dizzy handheld camera following Sonu around (documentary-style) as he loiters through movie sets or even a much-emptier Bombay dotted back then with Fiats and Ambassadors.

That being said, the film recreates the retro era of lust and bling with remarkable conviction. There’s the bad camerawork, trashy special effects and delightfully jarring background score. But what could elicit sniggers among the younger population was a source of recreation (and more… obviously…) to the lascivious audience of yore.

And that is when Miss Lovely’s pacing frustrates you further. For all the thought given to the art direction and production values, the film goes down an existential slump. Regrettably, it stays there.

There is little character development to prod the story along, which means that after a while you disconnect from their dark realities. The bare basic dialogue does not help either. The film brings to mind (by way of sheer contrast) The Dirty Picture, based on the life of the 80s sultry phenomenon Silk Smitha. The other film would be Paul Thomas Anderson’s Boogie Nights. Both, though not necessarily in the same league, were a sort of tribute to an era of erotica long gone.

However, Miss Lovely strives neither to be a tribute nor a nostalgic feature. It does not even make a satisfactory attempt at story-telling. What distracts further from the going-ons onscreen are the constant ‘anti-smoking’ warnings littered around a film enveloped in a haze of smoke.

It is evident that Miss Lovely is not meant to pander to a mainstream audience. The film is a conscious, self-indulgent exercise that veers away from the tide and right into the screens of film festivals. Therefore, it will find few takers.

But despite its failings, credit needs to be given to an outstanding cast. Intensity never gets old on Nawazuddin Siddiqui, who shines in every screen outing. Anil George holds his own in all his scenes. Niharika Singh does her bit ably.

Unfortunately, good casting and well-composed shots are not enough to hold a film together. Wait for the DVD release if you must see it. And if you want to watch Nawazuddin, get your hands on The Lunchbox instead. Or even Liar’s Dice, despite its niche appeal.