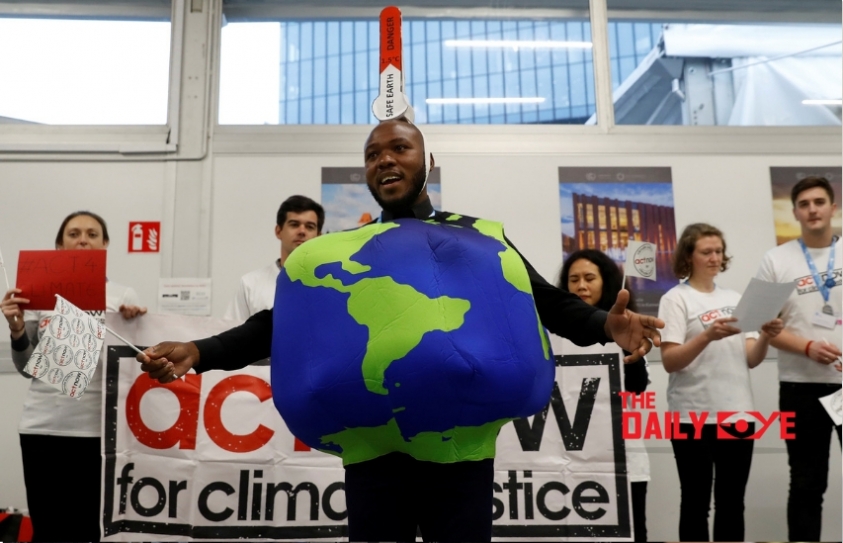 At COP24 in Poland, Countries come together to implement the 2015 Paris Agreement

The United Nations COP24 two-week climate change conference had gathered almost 200 parties in Katowice, Poland on the 15th of December, and adopted a strong set of implementing guidelines for the landmark 2015 Paris Agreement. The agreement aimed at keeping global warming well below 2°C compared to pre-industrial levels. It is been told that the conference was postponed several times and President - Michal Kurtyka has finally managed to open the plenary meeting. “Katowice has shown once more the resilience of the Paris Agreement – our solid roadmap for climate action,” said Patricia Espinosa, who heads the UN Framework Convention on Climate Change (UNFCCC) secretariat and who spoke on behalf of António Guterres, the UN Secretary-General. 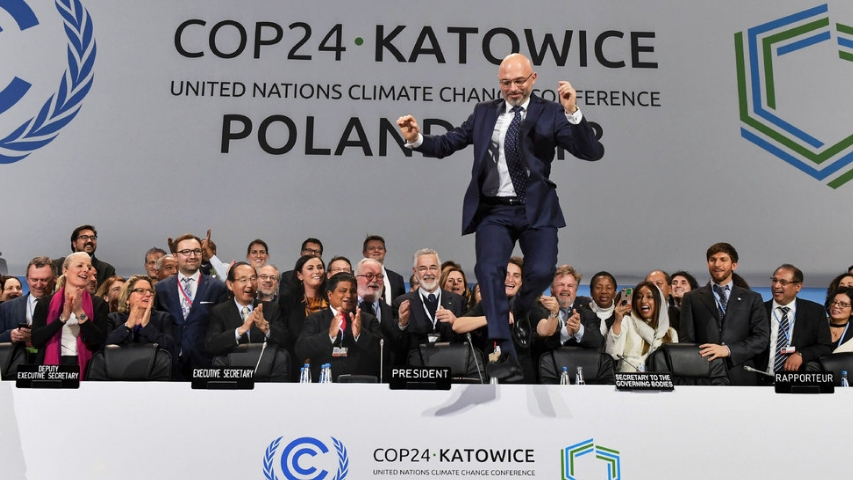 ‘Trust and transparency among nations that they are doing their bit in addressing climate change’ is the key component of the ‘Katowice package’. It encourages countries to provide information about their national actions plans on reducing greenhouse gas emissions, mitigation and adaptation measures. It also gives a chance for the poorer countries to explain why they cannot meet the emission standards set and present a plan to build their capacity.

Another notable achievement of these negotiations is that nations agreed on how to collectively assess the effectiveness of climate action in 2023, and how to monitor and report progress on the development and transfer of technology.

Many encouraging announcements, especially on financial commitments for climate action, were made: Germany and Norway pledged that they would double their contributions to the Green Climate Fund, established to enable developing countries to act; the World Bank also announced it would increase its commitment to climate action after 2021 to $200 billion; the climate Adaptation Fund received a total of $129 million.

“The guidelines that delegations have been working on day and night are balanced and clearly reflect how responsibilities are distributed amongst the world’s nations,” said Ms. Espinosa in a press statement. “They incorporate the fact that countries have different capabilities and economic and social realities at home, while providing the foundation for ever increasing ambition. While some details will need to be finalised and improved over time, the system is to the largest part place,” she added.

Over 28,000 participants had lively exchanges; shared innovative ideas, attended cultural events, and built partnerships for cross-sectoral and collaborative efforts over the past two weeks in the hallways of COP24. For now, the private sector has showed strong engagement. It is also said that among the highlights of this COP, two major industries – the sports and the fashion worlds – joined the movement to align their business practices with the goals of the Paris Agreement, through the launch of the Sports for Climate Action Framework, and the Fashion Industry Charter for Climate Action.