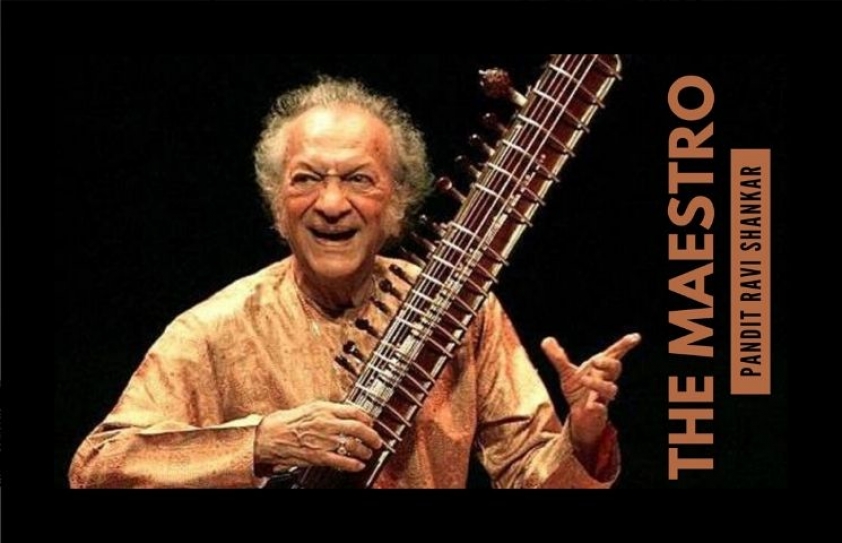 He was born on April 7, 1920, in Varanasi/ Benaras, Uttar Pradesh. But do you know why I have been thinking of Pandit Ravi Shankar in these recent months? Seeing the absolutely deteriorating conditions prevailing around, I’m reminded of what he’d  said to me when I’d met him once.

I have interviewed Pandit Ravi Shankar twice. The first time was around his 70th birthday, and as I sat sipping my tea at his Lodhi Estate home, I got so terribly nervous that a cup of tea in my hand crashed to the carpet of his living room. With that disaster, my nervousness peaked to such an extent that I could barely ask any more than basic, customary questions.

But Panditji had simply smiled and done his best to make me feel at ease. And..
It was after a long gap that I'd mustered enough confidence to meet him again. This was in early 1993. He'd looked frail and quite sad. He'd told me that he'd been left totally devastated by the recent death of his only son Shubo. This was also the same time when he and his second wife Sukanya were planning to shift base from New Delhi to San Diego, California. 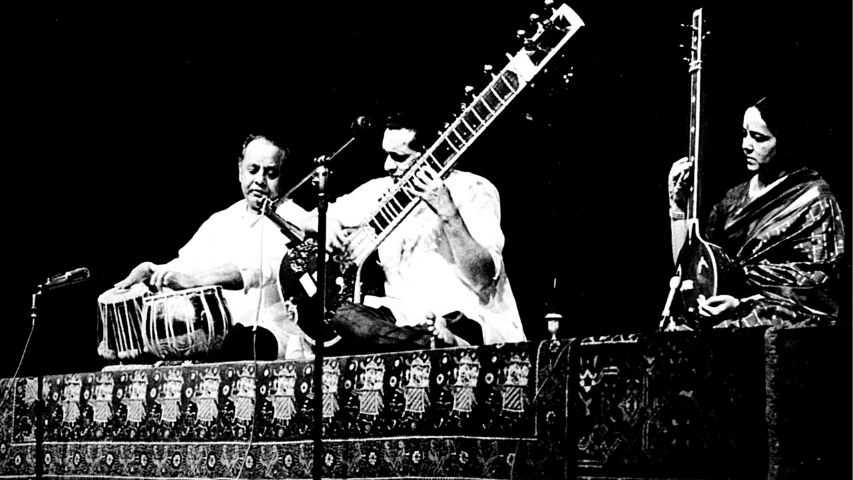 When I asked him why he was moving to the US, he gave me a set of reasons. "The mess in the country is painful for me to bear. Even a place like Delhi is becoming unfit for living. With everything else that’s going wrong, the pollution here is killing as well," he said. His wife Sukanya who’d stood close by, had added, "The politicians and pollution have finished the city. We have already bought a Spanish villa in California and now I'm doing it up in my own way."

To that he had continued, "For me, the house is a very important place. Since I was 10, I have been travelling, living in hostels, so I value my home. That feeling of warmth, coupled with a comfortable middle class lifestyle. Nothing gaudy or vulgar. Somehow, I totally dislike the Delhi concept of showing off. A dignified, balanced and comfortable way of life is what I like."

He went on to give me details of the very first house he had built for himself in Benaras. "I don't know why I decided to build that house in Benaras. Probably because I was born and brought up in that city and although I'd built it in the early '70s, within years I had decided to abandon it. All sorts of crude elements had sprung up around me, decaying values stifled me, so I decided to shift out of Benaras. I'm not a fighter. I'm a musician and I can't stand vulgar people, besure log (out of tune people)."

In fact, as Panditji and Sukanya took me around their Lodhi Estate house, what  struck me immediately was  the simplicity  all around. There wasn't a trace of ornate furniture, no porcelain, no elaborate bedroom bandobast. On the contrary, the only room which looked well done up was the music room; with sitars, sur-bahaars, tanpuras neatly placed in stands and the walls of this particular room adorned with prized photographs, which had captured Panditji with George Harrison, Uday Shankar, Baba Allauddin, Pablo Casals, Mariam Anderson, Pandit Jawaharlal Nehru and Indira Gandhi. 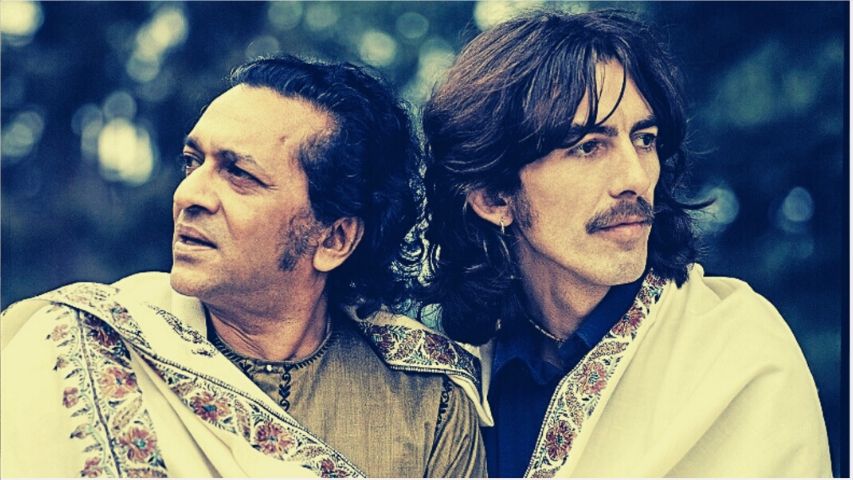 The maestro's bedroom had a double bed and a fax machine in it! As we neared the puja (prayer) room, he told me, "This isn't just a puja room but my private corner. This is where I meditate, do riyaz (practice), pray. For me, religion is a very personal thing. I am certainly not ritualistic. In fact, like me, most musicians are broad-minded. When I was 18, I went to live with my ustad (mentor), Baba Allauddin, and though he was a devout Muslim; his home in Madhya Pradesh's Maiher was full of photographs of Kali, Krishna, Christ, Mary.. music makes you more tolerant. I only wish our present-day politicians were more musically-inclined, then there'd be more harmony and not this cacophony!"

I also asked him why he had 'Om' inscribed on the entrance gates to his home. In fact, he didn't explain to me with only words, but also wrote the details in my notebook.

And here is what he'd written; "Om or Aum is the primordial sacred sound that has been uttered, chanted and sung by yogis, musicians and the common man for thousands of years. In music, Omkar plays a very important and a very great part. Mian Tansen and his family gave great importance in their singing to the aalap, which starts with the words 'Hari Om'. This gradually changes to nom, tom etc. To me, as a musician, this sound signifies a deep spiritual vibration, mentally as well as physically."

Today, as I sit back forlorn and I think of  my meetings with Pandit Ravi Shanker and the sense he made through words spoken by him with tremendous calm and grace, I really wish we  had geniuses like him around, who could  perhaps take on this political lot and with that save us from the rot spreading fast.. destroying  our  country and our  people.