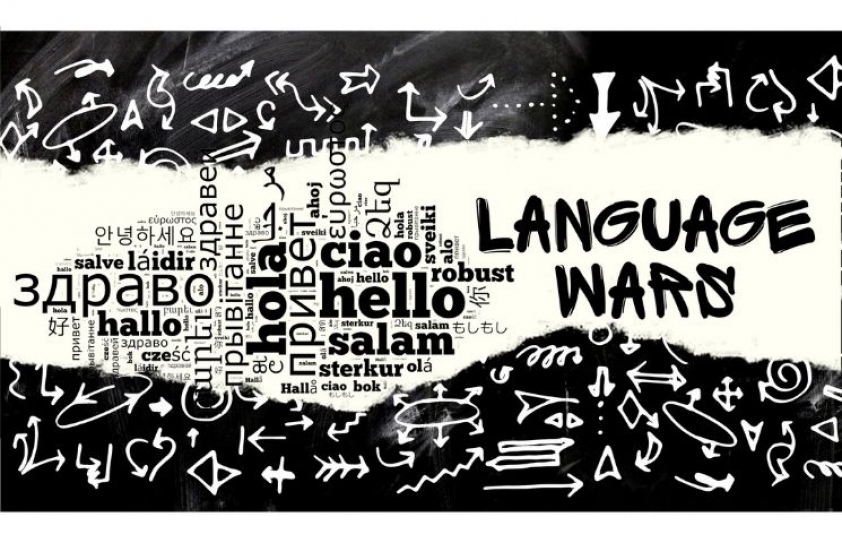 Humra Quraishi expresses her anguish at the mindless violence and hatred spreading across India, which is also attacking the country’s syncretic culture.

No matter how hard I try to view this glass from a half-full perspective, nothing seems to be going right. It’s been gradual but the decline, if you look back, started in the summer of 2014. We have arrived at such a dangerous precipice that nothing shocks anymore. Too many perversions, deprivations and disasters have left us so numb that one has to make an added effort to react to the injustices taking place around us. But even if it takes that, we must react!

Immediately after the present government, at the centre, took charge, masses awaited miracles that were promised in dramatic speeches made from the podiums of high-tech and expensive political rallies - but only setbacks and disappointments were to follow.

The year 2016 will be remembered for ‘notebandi’ (demonetization) - one of the biggest setbacks for the ordinary citizens of this country, and in 2017, Mahatma Gandhi was ‘removed’ from the charkha and his place was ‘taken’ by the present Prime Minister. Shots of Khadi Udyog’s new-year calendar hurt badly and a public outcry followed, but like it is in all fascist times, this loud dissent, too, fell on deaf ears.

And even though the establishment kept crafting one hollow slogan upon another about development, anger spread across the country and in 2017, for the first time in the recent history of India, farmers travelled from far-flung regions of the country to New Delhi, squatted in the capital city and refused to budge until focus was brought upon their plight. Today, it’s 2021, and of course our farmers are still protesting at the borders of Delhi and in several states in the country. The three farm bills that were passed by the government without having followed procedures enshrined in the Constitution of India are the prime issue, but the government is silent, and determined to be unfair to its own citizens - mind you these are farmers – the community that feeds the nation. 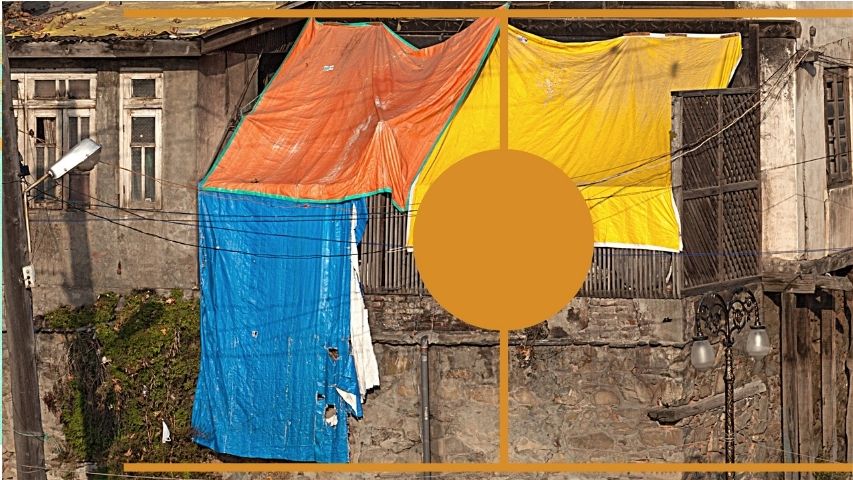 In the last seven years, we have witnessed less governance and more  distractions - surgical strikes, war cries, setting one community against the other, renaming cities, townships and even roads! Using the media to spread its propaganda, and for that creating one spin after another, is all that our government has been seen to be doing. The deterioration continues, with unemployment, economic crisis and price rise affecting the day-to-day lives of common people. Communal violence is rampant - it happens in different parts of the country every day.

In the midst of all this fear and uncertainty, people, in large numbers, are being displaced too. In recent years I have interacted with people that have been forced to move away from the rural stretches of North India – and this means bigger disasters. When communal politics reaches remote parts of the country, it impacts the poorest of the poor. It’s eerie that today, entire families are uprooted from their homes with the State standing as mute spectator, seemingly as a collaborator! And with hunger and deprivation on the rise, the masses are in no mood to hear stale speeches any longer. It’s clear that if the civil society doesn’t rise now, and come to the rescue of this hopelessness, our young are doomed and their future is bleak.

In certain regions of the country, the so-called conflict regions, the youth hasn’t seen a single day of peace. There’s been only violence and counter violence, between locals and non-locals from all communities, and innocent people just get killed. Not that things are better in urban, and imagined, ‘the’ modern India, because Fab India, too, one of the very popular brands of the country, had to withdraw its ad because of the copy it had used for it - Jashn-e Riwaaz! Why? Because some of its clients are bigoted and they objected to the Urdu sounding words used in the commercials.

This is our dark reality - so poisoned communally that an Urdu sounding term is not tolerated by a violent section of people that call themselves patriots and nationalists. Urdu is a language that belongs to us, a play of words that underlines most of our poetry and adorns the romantics in us. The virus being spread by the political Right-Wing in India, is attacking our syncretic culture now, that, which has taken centuries to weave. These forces of hatred are bent on tearing us further apart, way beyond what their machinations had done in 1947, when the country broke into two and when millions were displaced - even more killed in the violence that had followed. 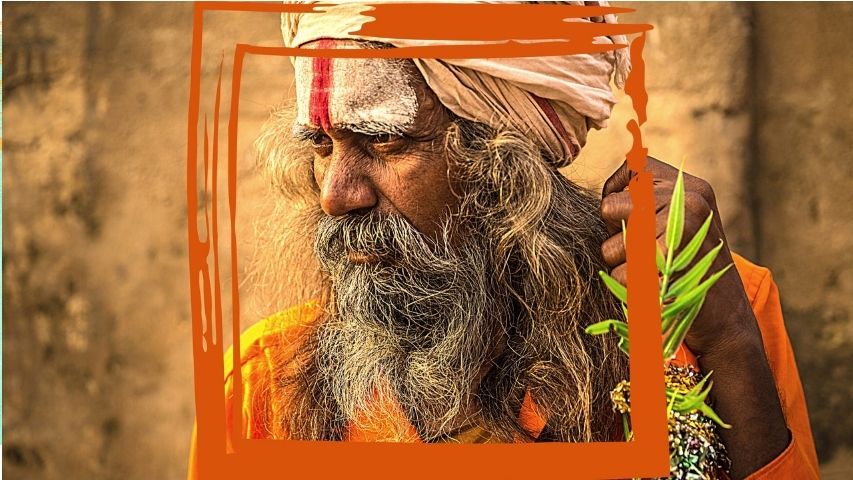 Around 2005, I met a researcher, Valerio Pietrangelo at the Jamia Millia Islamia University. I was a visiting professor at that university and he was pursuing his advanced study of Urdu and Arabic from the University of Rome – he had come for part of his research work on ‘Partition Literature in Urdu, Written  by Women’. With  that in the  backdrop, I’d asked him to comment on the Indian Muslims he’d been meeting and also asked for his views on their mother tongue. Valerio  was forthright, "As my main concern has always been Urdu language and literature, my contact with the Muslim community in India has always been filtered by my perception of the language issue. My impression is that Muslims are, in a certain sense, a backward community, at least many of them. As I met Muslims, I realized how dramatically they are shifting to Hindi and other Indian languages since the government is not promoting either the Urdu language or literature. I think language is an essential element of group identity, therefore, I feel that Muslim identity is threatened.”

Khushwant Singh had minced no words when he had detailed the slow death of this language, “Urdu is dying a slow death in the land where it was born and where it has flourished. The number of students who take it as a  subject in schools and colleges is dwindling. Apart from Kashmir, where Urdu is taught from the primary to the post-graduate levels, in the rest of India it is the second or third language. With the passing of years it has come to  be dubbed as  the language of the Muslims, which is far from the truth.” Khushwant would often recite these verses of the Urdu poets Rashid and Khurshid Afsar Bisrani, focusing on the near-death of Urdu.

Maangey Allah se bas itni dua hai Rashid/Main jo Urdu mein vaseeyat likhoon beta parh ley (All Rashid asks  of  Allah  is just  one  small  gift/ If  I write my will in Urdu, may my son be able to read  it).

In today’s India, Urdu stands reduced to such a low, that the knowledge of Urdu cannot ensure employment; nor the basic means to survival. This treatment meted out to a language that carries the subtle power to heal and control emotions and way more than that, is sheer disrespect to the country’s culture, history, ethos, literature and heritage. A study conducted by the Lucknow based Centre for Biomedical Researches (CBMR) and published in an edition of  the international journal  ‘Neuroscience Letters’ states that reading Urdu script and Urdu couplets helps in brain development. This report, based on extensive research, goes to prove that learning and reading Urdu couplets helps in controlling emotions, coping with stress and delaying dementia. It could also be helpful for children with learning disabilities.

And I can say with much confidence that another positive is that Urdu couplets soaked in romance, have the ability to distract one from the darkest realities of the day. Perhaps, this particular verse of Sahir Ludhianvi conveys the hypocrisy we face day in and day out best:

The same cities where once Ghalib’s voice resounded/Now have disavowed Urdu, made it homeless/The day that announced the arrival of freedom/Also declared Urdu a cursed and treacherous language/The same government that once crushed a living tongue/Now wishes to mourn and honour the dead/The man you call Ghalib was a poet of Urdu/Why praise Ghalib after suppressing his language.