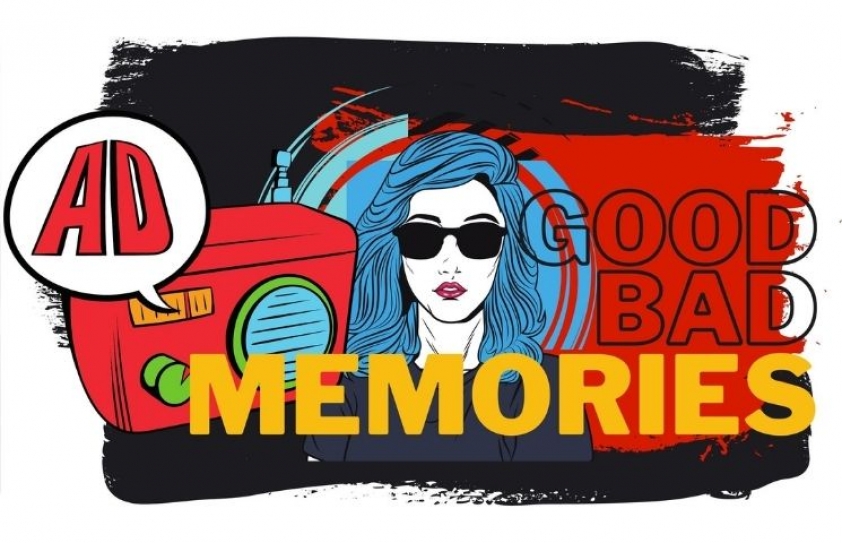 In this fascinating first-person-account, Monojit Lahiri, known for his Bollywood-driven opinion pieces, tracks the changing contours of India’s ‘adscape’ over the last four and a half decades, and is convinced that we ain’t seen nothin’ yet!

Phew!  From “Thank God you’re not one of those small-town, vernacular types, dear boy” to “Oye angrez, Hindi aati hai?” - we’ve indeed come a long way baby! But to start from the beginning, it was a completely different planet, the India and the Kolkata of the early seventies and a totally different ad space too. Fresh out of college {St. Xavier’s Kolkata, with English Honors} I had three choices staring at me menacingly - journalism, academics and advertising.  The first was tempting because I loved and enjoyed writing and was a fairly regular contributor to {the now defunct} JS, as well as some other color supplements. The second was scary as hell - couldn’t ever see myself doing M.A., going to a University and returning to teach students, mostly bored as hell, the beauty, meaning and value of the English language!

The third was hands-down hot! It promised leveraging of language in an unusual setting and excitement of an informal and unconventional nature in the workplace. My {late} Dad, (Sanat Lahiri) who was a huge name in the Communication industry of that time was delighted that I was coming into this line of work, but quite put off by the reason!

However, entering the portals of the city, and India’s largest agency JWT {then HTA} I remember feeling, by turn, excited, nervous, apprehensive.  The first two because HTA Kolkata was a prized branch with most of the hi-ticket (ITC, Brooke Bond, Union Carbide, HMV, Nestle, Metal Box, to name some) accounts in its bag, stupendous billing, solidly effective work and led by a truly iconic leader, Subhash Ghoshal. Apprehensive because of my sudden feeling of paralyzing inadequacy - would I be able to bridge the impossibly bizarre gap between Shakespeare and Shelly, Dickens, Lamb & Shaw, Donne and Swinburne and somewhat un-literary lines like ‘Just for fun, chew some gum, Chiclet’? 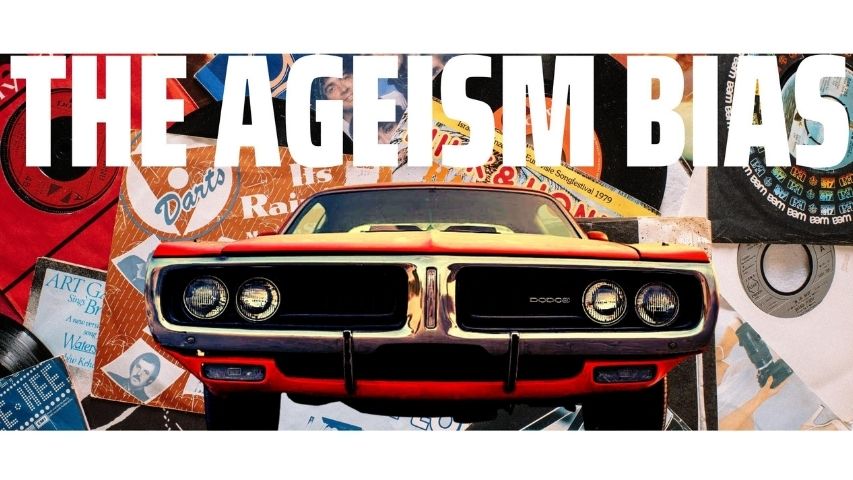 Looking back, those early days were tough, confusing and difficult.  Advertising and writing was not about beautiful language but tapping, inventing and creating word-pictures that link the brand to the consumer in an engaging and interesting way. Luckily I soon got the hang of it and was thrilled when my hotshot Copy chief ‘Okayed’ my first ad. “Yup, you’re getting the drift, lad. Good. Now, run down and get your masterpiece translated in Hindi, okay? There’s this shabby-looking, pan-chewing, pyjama-kurta clad bozo sitting at a desk next to the staircase. That's where he deserves to be. You can’t miss him son, he’s one in a million!” Loud guffaw.

Cut to 2009; I am into this big discussion of how creativity in advertising is shifting lanes with a brilliant and successful, hi-profile creative hotshot. I am waxing eloquent about this outstanding writer, creator of some brilliant campaigns, winner of BEST COPYWRITER OF THE YEAR a zillion times, when my friend gently clears his throat and asks about his present status. I am about to say that he’s moved out of the big league with his art partner to start his own outfit and is doing very well, when my friend with a wicked smile moves in. “Sub manta hoon huzoor, lekin waqt waqt ki baat hai. The reason for his fadeout was simple. Bhaisaab ko Hindi nahi aati thi, boss!” Laughter.

Prasoon Joshi wasn’t being conceited, sarcastic or smart-assed. He was (in his own witty way) hitting the button, spot-on. I should know. Back then in the seventies, there definitely {as indicated earlier} existed a huge colonial hangover, which spawned an indisputable “Caste system”.

Multi-nationals boomed and defined the culture, environment and ambience of the times. English was the preferred and desired Lingua Franca of adland and everything else was perceived as down-market and Vernac!

The ruling and dazzling ad stars of those days, Alyque Padamsee, Gerson Da Cunha, Sylvie Da Cinha, Kersey Katra, Mohammed Khan, Frank Simoes, Nargis Wadia to name a few, fitted seamlessly into that rarified [elitist?] clique.  Everybody else was not quite there. Western music, English ‘theatah’, clubs, parties, avant garde cinema, poetry-reading sessions – it was pretty much like a private club where trespassers [at best] could be tolerated but seldom accepted. It might come as a shock to today’s kids to know that even the likes of Piyush Pandey and Prasoon Joshi had to cool their heels for a considerable period of time before getting their due worth. Why? Simple. They just didn’t ‘belong’!

It was the 21” Idiot Box that really marked the first groundbreaking change in structure, mind-set, pecking order and hierarchy. [Admittedly, Lintas did have an excellent language Copy section, but it was more of a sideshow because the times were Englishstani!]

Suddenly the way communication was conceived, presented and consumed underwent a seismic change. On cue, the ad world [forever watching and tracking] got ready to change gears, switch lanes and hit the gas pedal. They noticed the stirring and enthusiastic reception of an audience [read: potential consumer] base, well beyond the traditional metro centers with interest. However, to connect with this constituency, one needed a different sensibility in terms of language and nuance, a continent away from the urban, Anglicized, suited-booted variety, residing at South Bombay, Chowringhee and Connaught Place. Could the ruling ‘saab-brigade’ be able to rise and accept the challenge? And this is exactly where and when seeds sown by erstwhile, unsung and unremembered visionaries like Kamlesh Pandey and Suresh Mallik, among others, started to flower and bloom. 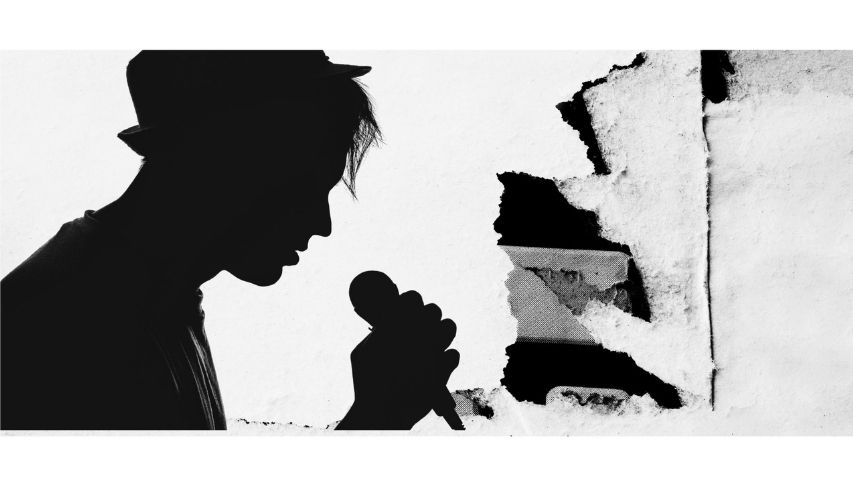 While the ‘Koi Hai?’ school of advertising weren’t hurled into exile, advantage Bharat came into being, threatening fresh momentum each day! This wasn’t a fad but dictated clearly by the new market forces that spawned a brand new consumer universe - confident, comfortable in their ‘vernac’ skin and refusing to be bullied into being forced to worship everything ‘angrez’; cash-rich, ready to turn consumer but on their own terms and through communication, language, idiom and metaphors of their choice.

Client servicing executive, Ogilvy’s Piyush Pandey, spearheaded the industry’s response to this cataclysmic change - he was also a ‘language Copy Chief’, Hindi copywriters were dismissively and condescendingly referred to as that. Promoted to CD and later NCD, Pandey with CEO Ranjan Kapur soon formed a formidable duo that was to change the face of advertising in India. Kapur believes that it was his creative partner “who gave our national language the pride of place it deserves and forever banished the Anglicized, South Bombay brand of effete advertising.” Along the way, he made two outstanding contributions – celebrated ‘emotion’ as the ‘real’ core of advertising and moved ‘language copy’ from eek to wow – from the backroom to the front office!

Beyond this shift from Sala Mein to Saab Ban Gaya to Phir Bhi Dil Hai Hindustani, there have been other startling changes too - the blazing and vibrant celebration of Youngistan in ad land heading the list. In the seventies, it was unheard of to have anybody who didn’t have grey hair or proven calendar years of experience hit any designation of authority.  In the 90s Nirvik Singh headed the Kolkata branch of Grey at age 26. By age 33, he was CEO! Praveen Kenneth took over as CEO of Publicis India at 29. Mahesh Chauhan became CEO of Everest at 35 while Raj Kurup became a superstar CD of Grey at 30. Arun Iyer, the 32 year old NCD of Lowe Lintas endorsed Subodh Menon, age 26 ‘Youngistan ka wow’ and how! 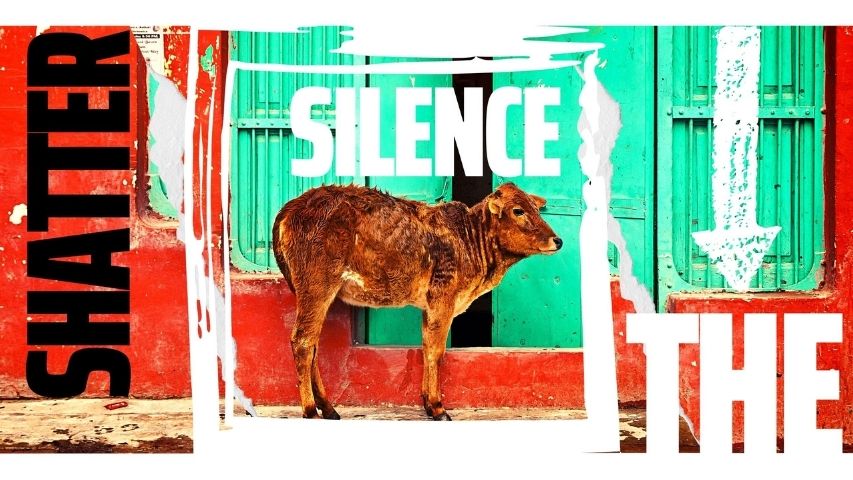 In a business where human insights and visceral connect rules, where the audacity of daring to adventure and explore new means, methods and technologies to communicate in an engaging and interesting manner to the chosen constituency is critical, dumb, moth-balled, ghisa pita, rules don’t count and nor should (automatically) the zillion year’s experience. Performance is the key. Unburdened by baggage, never taking their eyes off the ball, the best of the new kids on the block are re-defining the rules of the game. More wind beneath their wings! The other fascinating difference is the recognition and celebration of creativity as the primal force in the advertising process.

What else? The mind blowing spread and reach of new age media avenues and technology to grab and zap consumers wherever they are, whatever sex, age and background they be!  The fantastic rise and rise of the smaller agencies, doing path breaking work, earning respect and winning large accounts in competition with the giants.  The wonderful infusion of brilliant talent from non-metro, small towns [placed 47th from left in the bad old days!] to offer and provide ‘mitti ki khushboo’ to products and services, alien to the urban sensibility, and of course the deadly ménage-e-trois between Bollywood, cricket and ad land.

How do I look back, as a Communication practitioner on the tumultuous and eventful four and a half decade journey? Mostly as an exciting, entertaining and enriching chronicle and commentary of the life and times we lived through. Was everything about yesteryear’s ad-land boring, unprofessional and irrelevant - and everything today spot-on, exciting and sexy? Bull crap! Focus, content and treatment - the creative package is defined by the trends, demands and compulsion of the time and environment we live in. Some of the work that stars like Frank Simoes, Kersey Katrak, Sylvie DaCohna and Alyque Padamsee, for example, did, was truly brilliant and easily comparable to anything done today. On the other hand, a lot of today’s material, in the guise of great advertising, sucks!

Value judgment is dangerous and likely to be inaccurate, subjective and unfair. Sure, there were, and will always be, the fakes, pretenders, clones, windbags, dwarfs desperately trying to play giant but that comes with the territory. However I believe two aberrations need to be addressed quickly. One, the mindless obsession to hit the “Hindi” track, comes what may. The brilliant Agnello (Taproots) Dias offers an amused take, “This Hindi-mania has come to such a stage that new, young aspirants hesitate to forward their English-speaking (school, college, institute) credentials, lest they be ridiculed by the Hindi brigade with, “Oye Angrez, Hindi aati hai?”

While he acknowledges and admires the path breaking contribution done by Messrs Piyush, Prasoon and gang, he wonders if they ever realized that they were unleashing a rampaging Frankenstein! The other problem today is the hysterical promotion and projection of ad celebs instead of brands is serious issues involving the industry. It is not a sign of the times - its uninformed and lazy journalism.

At the end of the day, the basic tenets of great advertising will always endure an engaging, entertaining, enriching and empowering way to involve and connect the prospect to the brand; to perceive each finishing line as a fresh starting point, and the exponents of this elusive crafts will always be individuals who have the sensitivity, feel and chutzpah to context life. Nothing more. Nothing less.

And so to, tomorrow…