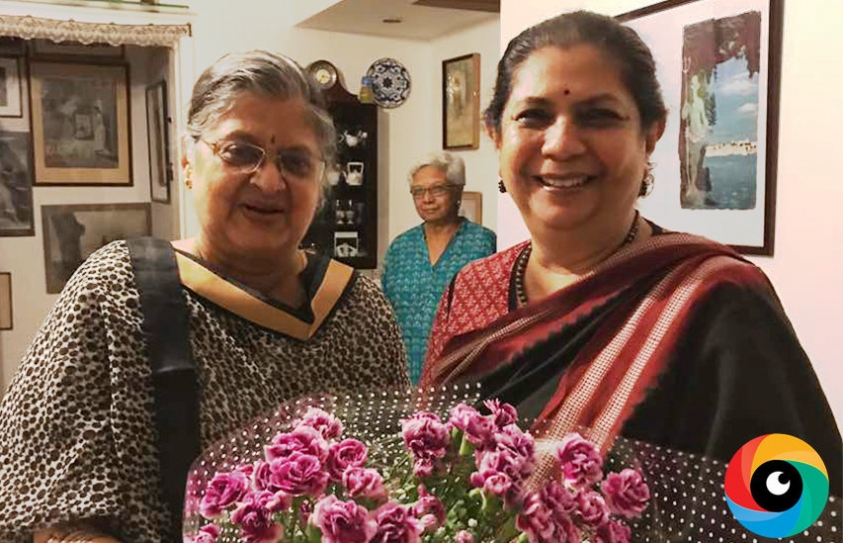 Sulabha Arya - She does not stoop to Conquer!!!

One summer noon we were heading in a Bus towards London’s Buckingham Palace with my UK based daughter, son in law and his mother Sulabha. The latter happens to be a well-known TV actor. Still remembered as Mrs Bhattacharya in one of DD’s most watched 1980s sit coms, YEH JO HAI ZINDAGI (created by Kundan Shah, Raman Kumar, Manjul Sharma). So popular was the DD show that people rushed to complete work before the program aired. As Mrs Mandira Bhattacharya Sulabha was a family favourite. Understandably. Big fluttery eyes, her coy expression made Sulabha a convincingly naïve housewife. Along with the sit com, her popularity soared from Meghalaya to Kanya Kumari. The ensemble cast included notable stalwarts - Shafi Inamdar, Rakesh Bedi, Swarup Sampat, Satish Shah, Farida Jalal. 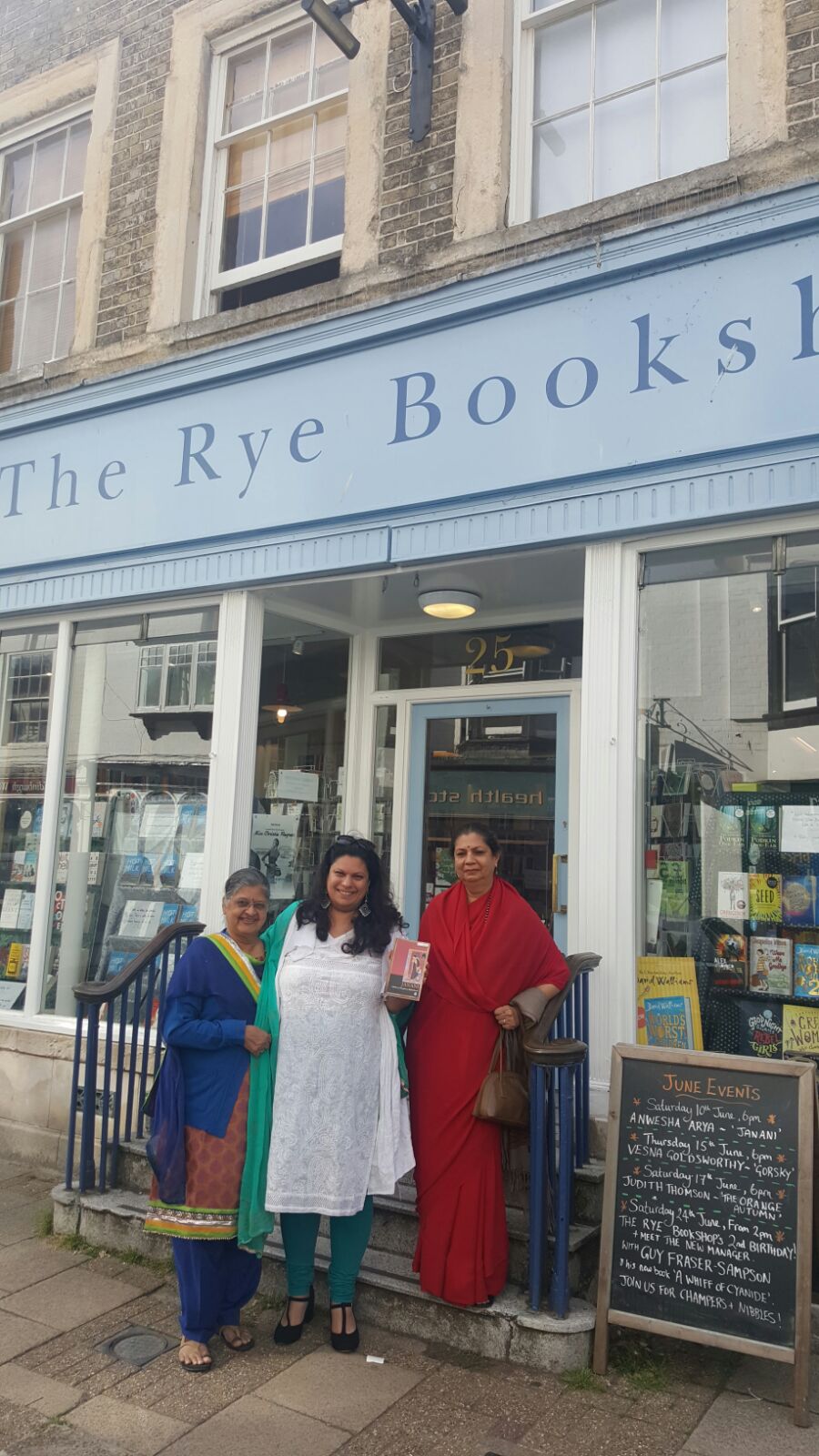 But for us at home, Sulabha was simply, ghar ki murgi – no more.

In the bus, we were sitting on different seats. My daughter sat in the front. Sulabha and me were in a row behind. I was surprised to see my daughter shake her head vigorously when another Indian passenger asked something pointing to us. When we got off the bus near the Palace I asked: “Why did you shake your head?” She chuckled: “The Indian woman asked if my mom in law was the famous TV actor!  I said, I have no idea who she is?!” We collapsed laughing at her wicked sense of humour. Just then a young Indian couple appeared from nowhere. Boldly they walked past us towards Sulabha. Smiled at her, shook hands, linked arms, posed and made my daughter click a cell photo?!

Is this power of the electronic media? Craze for actors? Bollywood fever? A lethal mix. The familiar sentiment runs across the globe. On our last trip to the UK, I was an eye witness to this phenomenon- not once but several times. Very soon I realised I was travelling with a celebrity. The Sahar wheel chair pushers looked slyly at Sulabha.  In delighted disbelief, they nudged, exchanged meaningful looks. Soon their curiosity got the better of them. “Apan fillum madhe kaaam karat hai na?” One of them ventured. “Ventilator madhi pan ahe na?”

Sulabha’s fame has leapt beyond borders. It’s not restricted from Meghalaya to Kanya Kumari, as I witnessed. From Sahar to Gatwick via Dubai everywhere Sulabha’s familiar screen face was a visa for special treatment – that we savoured it deliciously.

Our boring haul at Dubai, for example, was lively with excited requests for selfies from Pakistani families. And the young Bangladeshi Immigration officer nearly fell of his seat seeing a famous face walk by!

At Gatwick, the lanky Indian Customs officer had waved his hand imperiously to flag us off the green channel. So our Buggy leisurely rolled past​ the man​. Suddenly he froze in motion. Giving her a closer look, the man gushed in Gujrati. The familiar Kantabai effect!!

Today, remembered more than Mandira Bhattacharya, is her cameo as the jaw dropping Kantaben, from KAL HO NA HO. Her screen avatar as ​a​ conservative house maid, she superbly portrays collective shock of being exposed to male intimacy. As the soundtrack crackles, the background music swells, her character conveys outraged morality with great aplomb! Her scandalized expression was enough to raise laughs.

And then the Mauritian Wheelchair pusher at Gatwick who turned out to be a philosopher in disguise. On his last visit home, it seems, he took a family photo. He confided: “I call the photo KAL HO NA HO!” Adding politely- but significantly: “Who knows after all?” The victory trail continued. Our check in lady at Emirates counter waived the excess baggage, gurgling at Sulabha! Discovering a real-life star at her desk, she called all her desi colleagues for a peek! Endless giggles, nonstop photos – before we left for the flight back. In the flight too, Sulabha found another ardent fan – the stewardess from Karachi, who fussed non-stop.

Sulabha, incidentally, wears her popularity with admirable ease. Her extraordinary journey began at age 18. Thrust on the stage, accidentally, as an understudy for a IPTA play, she never looked back. Entirely self-taught, her comic timing, and natural flair makes comedy her forte. For example, the way she entertained our four lively grandkids. Her playacting skills was remarkable.  She stole a march over me! If she has earned a just reputation as a comic actor she is equally at home in serious roles like KASHMAKASH and Ventilator.

Talking about her 30-odd year career Sulabha is supremely candid. “Of course, Mandira Bhattacharya is my personal favourite. It was my first role after all. Also, what popularity. For our generation of viewers at least, am remembered by that one role. I tried to be like a Bengali – not make her into a cartoon. Of course, for youngsters Kantaben is more recent and real. That is because of Bollywood and big stars. You know, it is not the roles I play that matter. My very world is IPTA. I am nothing without IPTA”

Sulabha Arya - ghar ki murgi?! No way! That would be the height of trivializing a superbly professional, and gifted actor.