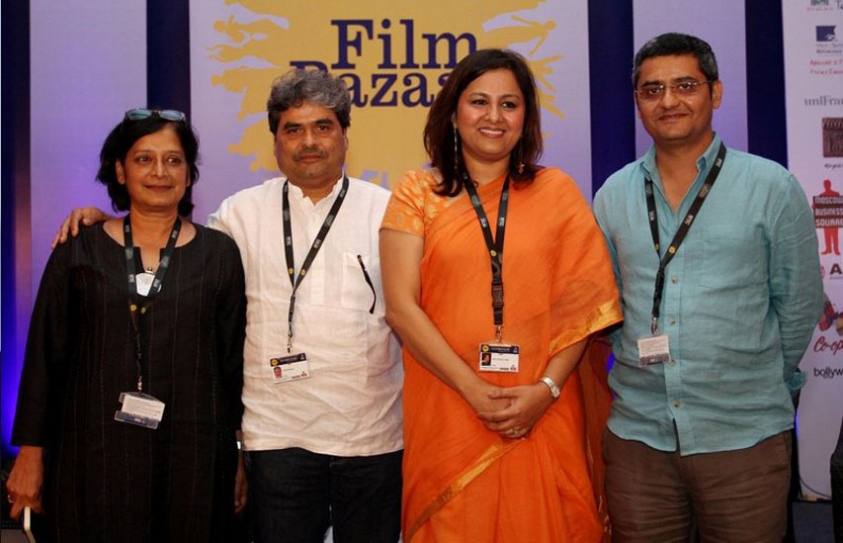 Goa, Saturday, November 2​2 2014: National Film Development Corporation’s, 8th Film Bazaar has various experiences and collaborations in store for film professionals. True to its promise of bridging the gap between the international and South Asian film fraternity through discovering, supporting and showcasing Indian and international content, Film Bazaar witnessed a lot of action at the Marriott Resort Goa on Day 2.

At The Investor Pitch section, filmmakers whose films are in the ‘Film Bazaar Recommends’ section of the Viewing Room as well as the Work-in-Progress Lab projects are given an opportunity to pitch for finishing funds for their films. Investors and producers interested in gap financing are invited to be part of this session. Day 2 brought many novice filmmakers in contact with investors and led to funding opportunities.

At the Screenwriters Lab and Romance Screenwriters Lab, screenwriters were pitching their ideas to financers from all over the world. Simultaneously, country tourism boards and film commissions housed at their dedicated offices at the Film Offices got an opportunity to introduce and pitch themselves to the film fraternity delegates on Day 2.

Producer’s Lab on Day 2 enabled Indian producers’ reach out to international producers through a variety of sessions and interactions. Sheila de la Varende and Karen Thorne-Stone from Canada addressed Indian producers who are keen to initiate film collaboration with Canada in the session ‘An Introduction to Working with Canada’. Some more sessions followed on topics such as Understanding Co-Productions & International Funds’ Understanding Co-Productions & International Funds’, ‘The Two Hats that a Creative Producer Wears’ and ‘The Importance of Film Festivals’ by film professionals from Indian and international cinema.

According to Nina Lath Gupta – Managing Director, NFDC India, “I am happy to see film collaborations taking place and meaningful interactions shaping up as a result of our initiatives. The response at various segments added this year such as Investor Pitch, Film Offices and the Documentary Work In Progress Lab and the Romance Screenwriters Lab is particularly encouraging for us.”