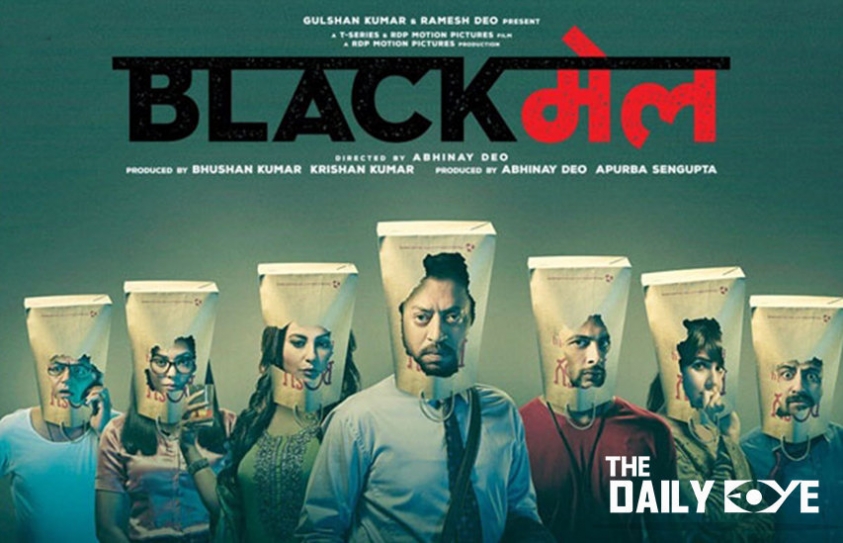 Blackmail is a story of a common man Dev (Irrfan Khan), who is a sales manager for a company that produces toilet paper. He lives a mediocre life and lacks amorousness with his wife.

Ultimately, it results in infidelity in their relationship as husband and wife. Reena (Kirti Kulhari) has an extramarital affair with Ranjit Arora (Arunoday Singh), obviously assuming that her husband is not aware of any of this situation and overconfident that he will never find out about it. One day, Dev decides to surprise his wife, reaches home with flowers and finds his wife with another man.

Instead of taking the conventional way of picking up a fight with the guy, he decides to blackmail him by threatening Ranjit that he might go tell his wife. The film is all about money. Ranjit, on the other hand, is married to and living off of the wealth of his wife, Dolly Verma (Divya Dutta) who’s the daughter of a big shot corporator. 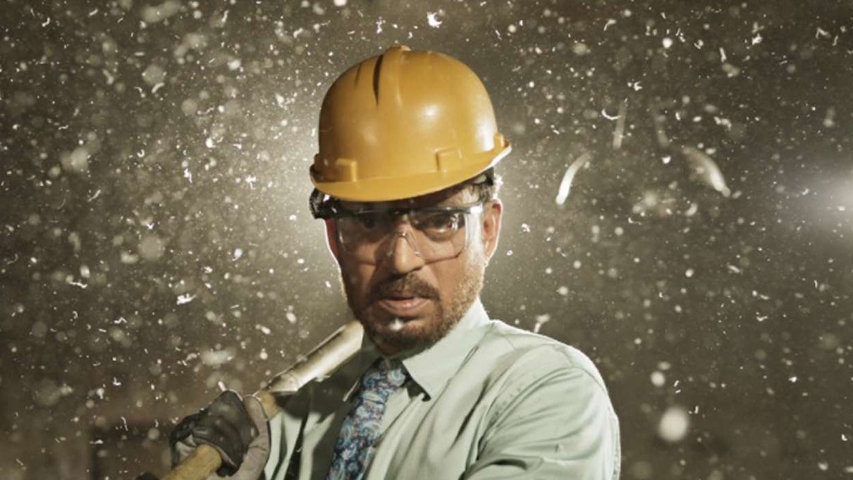 The first half of the movie is predictable and sluggish. As long as the film sticks to just three characters it’s boring. Ranjit decides to blackmail Reena from an anonymous email id, after which Reena turns to Dev for help telling him that she needs money because of her Dad’s illness and operation. The same chase goes on for a while when Reena thinks that they should hire a detective to figure out who is blackmailing them. But as soon as Dev’s colleagues, Anuja Sathe and Pradhuman Singh and the detective, Gajraj Rao enter, the film takes a different mode and one can’t take his or her eyes off.

Irrfan Khan delivers an amazing performance when it comes to playing a nondescript middle-class guy who has a lot of responsibilities. And even the smallest details have been taken into consideration about how a middle-class house would look like. Another amazing performance was that of Arunoday Singh, I’d rather say that his performance in this movie was something deep. Divya Dutta as a raging alcoholic wife was amusing, though not given more screen time. 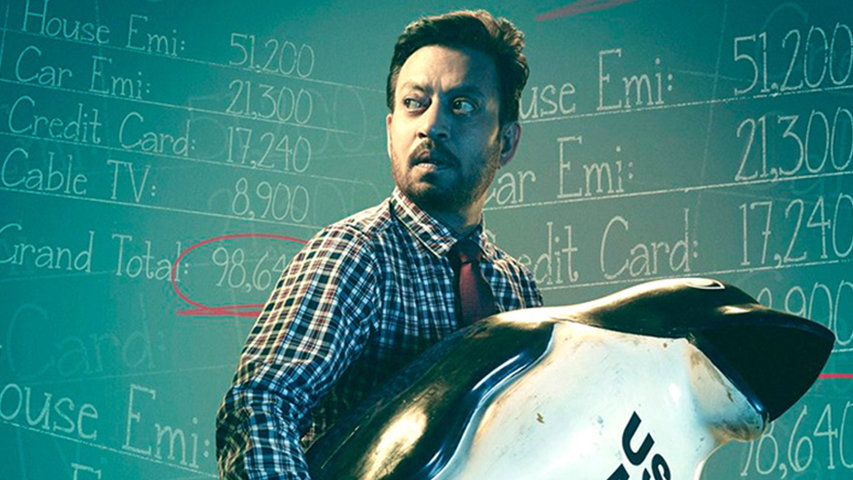 Amit Trivedi’s music actually emphasizes exactly at the time when it is needed. The song ‘Badla’ featuring DIVINE and Amit has the lyrics which goes as ‘Iski topi uske sar, Iski khushi uska darr’, which actually sums up to what the whole plot is about.

Blackmail is a movie where there is an equilibrium between dark humour and hilarious. It’s witty and it’s unpredictable, which makes it unlike others. Blackmail gives out a simple message that “Karma finds its way”. Worth watching once.