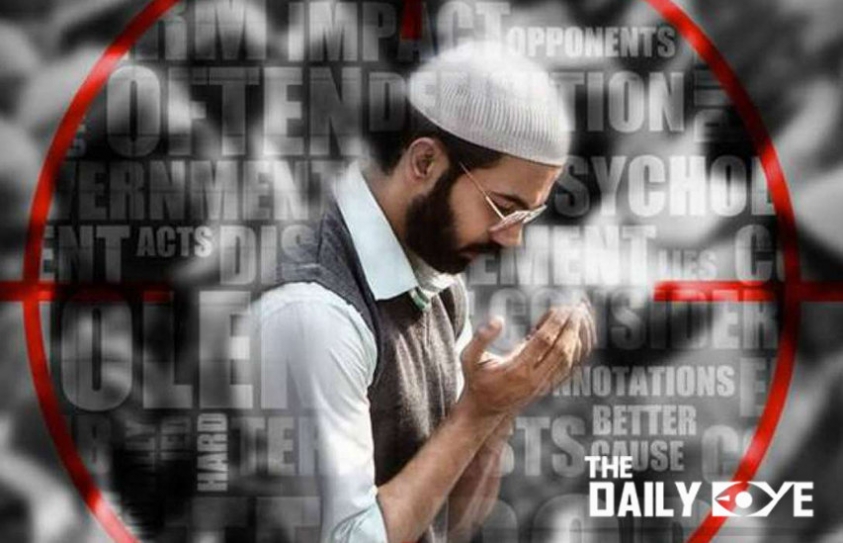 Omerta is a Hinglish, documentary-style film directed by Hansal Mehta and it stars Rajkummar Rao in the lead role. The movie is based on the life of Omar Saeed Sheikh, the infamous Al-Qaeda terrorist. As a concept, the movie works. But as a film it fails to deliver. The movie is dark and gritty, often portraying the shadowy ins and outs of terrorist camps and processes behind terrorist attacks. That’s actually the only best parts of the movie. The rest seems like an emotionless drag. Rajkummar Rao’s portrayal of the character is somewhat ‘dry’ like almost the sum of this movie. Although, what this film gets right is the portrayal of the extremist jihadi mindset and Islamophobia.

The director tells this story via flashbacks and flash-forwards that seem quite hard to understand given that it all looks like it’s happening one after another. The color palette of the film is so dour and dark that it’s hard to differentiate between the various time jumps. It sure as hell didn’t look like the 90’s. Rao’s performance is stiff and he tries to be menacing but absolutely fails. Mostly he seems like a stubborn kid with a misplaced sense of self-righteousness than a hardened terrorist. All the other characters are not very memorable, neither are they important to the story. They are just one dimensional page turners. 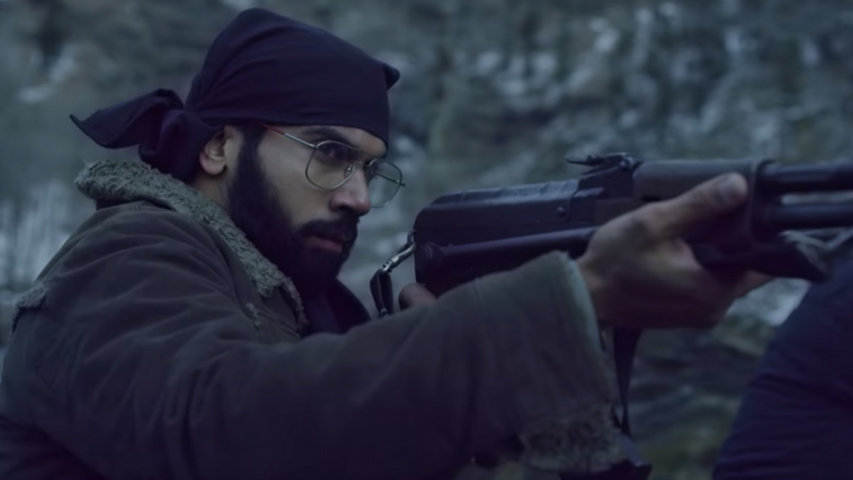 With all the bad, there are a few redeemable things. The radical ideology of jihadists is explained truly well. The film gives you a peak into how and why terrorists do the things they do. The idea of a holy war and intense hatred towards the west is something that is imbibed in the minds of terrorists who are brainwashed to think that fellow Muslims bear the sharp edge of the sword. Sacrificing oneself for a higher cause is very much elaborated in many scenes. The whole concept that a terrorist thinks he is doing the right thing is dynamically explained in scenes and interactions between the characters. The film often hovers over the obvious albeit shameful fact that Muslims are considered a threat all over the world regardless of them being associated with terrorist groups or not. 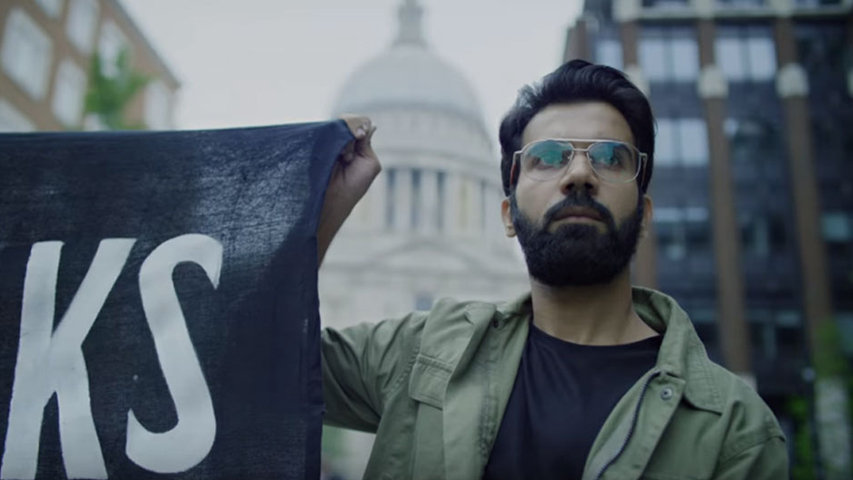 Overall the movie is not compelling enough to call it a good one. There are moments when you think it’s interesting but these moments pass. Rao’s English accent is downright lazy. There was not a moment in the film where I thought he was actually from England. The foreign actors were at most average. In my opinion, it would have been a better decision to avoid the documentary style completely, just maybe.