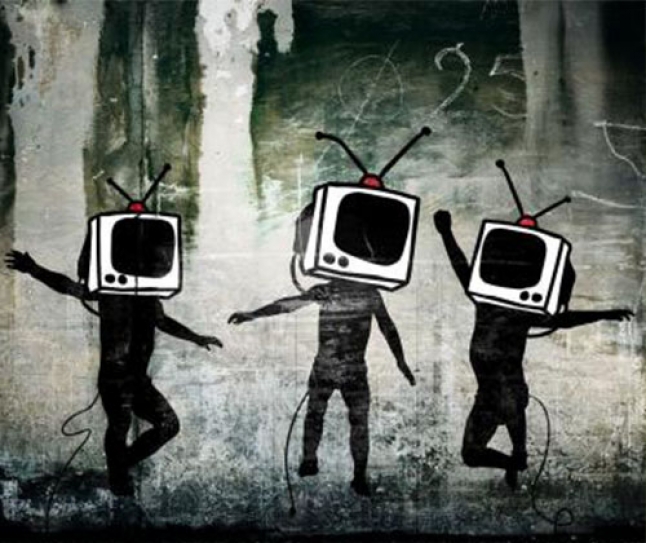 True Review TV - Sacrificed On The Altar Of Trps

Once when I was reading a canine breeder?s handbook, I was appalled at the author?s suggestion that if a new born Dalmatian pup doesn?t show a spot within three days, it must be drowned in a tub of tepid water!? The reason given was it will be rejected by customers. By doing away with the reject, the breeder cuts his losses. In fact, we had a liver spotted Dalmatian, who a breeder would have drowned. Sony TV seems to have adopted the same logic. No, they aren?t drowning anyone, but they have pulled the plug on Dil Ki Baatein Dil Hi Jaane and it goes ?off air on July 17. Reportedly, the show which has been on since March 23 hasn?t been among TRPs, as viewers in the small towns haven?t taken to it as there is no saas-bahu tussle. Even Anu?s death scene was subtle. Three months was enough time for a prime time show to reap a TRP haul. What the channels will do to stay in on the ratings game. They ?prefer cloned, kitschy ?melodramas and convoluted ?plots over well made, original, straight narratives which are well enacted, directed and sensible. The latter appealed to the thinking urban viewers, who too are also entitled to shows which suit their refined sensibilities. The prime time scene is reminiscent of the fate of Hindi movies in the 1970s-1980s. Barring a few good pot boilers, there were many bad eggs, which were clones of successful films and didn?t fare too well at the box office. Yet producers and distributors looked the other way when an offbeat film or one from the new wave came their way. ?A few such films took on the senseless films and made a mark. Television has a wider outreach to the masses than cinema.? Homes in the villages are TV owning homes. A curious fact shared with me by my maid is that in most villages or districts, the down time of the electricity supply is governed by the local popular serial at prime time. So when Veer Shivaji was telecast on Colors at 8.30 pm, the power ?reprieve? was on till 9 pm, so that villagers in Maharashtra were able to watch the exploits of their? hero. In fact, during the IPL it was on till the end of the game. It?s well known that the highest TRPs for? SAB TV?s Taarak Mehta Ka Ooltah Chashma are garnered from Gujarat and those areas in Mumbai which have a large? Gujarati presence. It is believed that the PM himself is an avid follower of the show. Clearly most channels are playing to the gallery of village audiences and masses, sacrificing the interests of the niche urban ?audiences. One doesn?t know if the producers and the channels have an agreement about the number of episodes, TRPs, etc. Surely, Sony TV must have been aware that? Dil Ki Baatein Dil Hi Jaane wasn?t going to ?grab? rural? eyeballs, nor a mass urban audience.? They must have studied the competition. So why this turn around? Not in a long time have Indian telly audiences watched a prime time show like Dil Ki Baatein Dil Hi Jaane. Ram Kapoor heads a cast which measures up to his talent. Even though the show will come to a quick, ?but logical end; ??it will still leave viewers wondering about how the original outcome. ?Sadly, it will be relegated? to the reruns? channel? Sony Pal. What could have been a prime time game changer for Sony has been treated like loose change! The other show, a game changer, which goes off the air on July 10 is Life OK?s? Maha Kumbh: Ek Rahasaya, Ek Kahani. It will? do? so with the dignity of ?a high action planned exit.