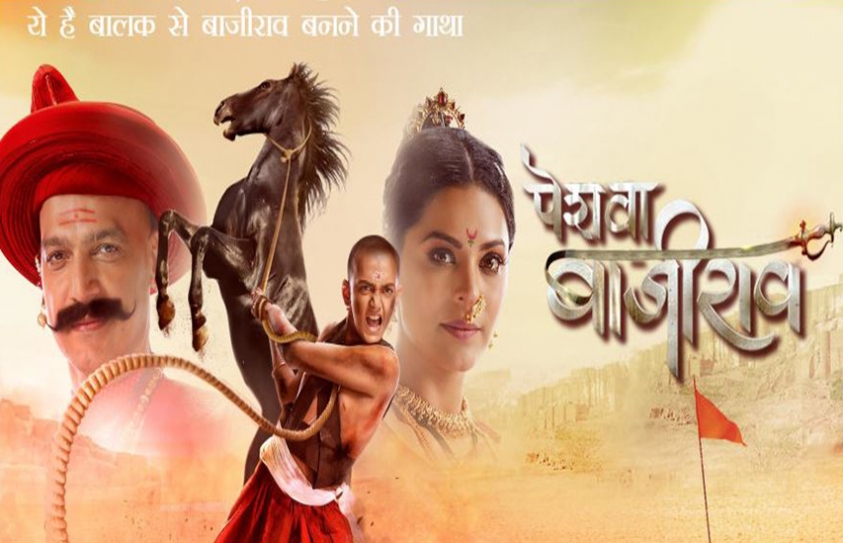 In School we were taught that Shivaji thwarted the attacks of the mighty armies of the Mughals with his guerrilla warfare tactics. Thanks to a Jesuit History Professor, he was known as the mountain rat, as he would attack the Mughals and disappear into any of the caves in the mountains. The Marathas were not known to have large armies with cannons and other weaponry. Yet they challenged the might of the Mughals on the battle field with their love for their Matrubhumi, bravery, ingenuity and strategic planning. Before the battle for Daulatabad, Balaji Vishwanath Bhat tells Qamer Uddin that it will be written in history how 40 Marathis defeated 4000 Mughals.

We have just witnessed in recent episodes of Peshwa Bajirao, an exemplary display of battle scenes, action, bravery and strategic warfare of the Marathis. We see them resort to planned, but extempore warfare to meet the challenge in front of them twirling two swords as they maraud through the Mughal ranks on horseback. Balaji leading from the front courting danger, as his opponent Qamer Uddin watches from atop the elephant. The latter is even asked will your men follow you into battle?

Anticipating a harsh and one sided battle against the Mughals, Baji and Malhar get to the Mughal armoury and sabotage their ammunition dump by moving all of it to one spot and then setting it on fire, destroying their stock of barood. As Balaji and the rest watch the blaze from afar, Qamar Uddin and his son Nasser are left red-faced at being outwitted by Baji, who is Nasser’s foe.

As the battle starts, the Mughal archers take position, as their arrows take flight a wall of bamboos comes up protecting Balaji and his band of 40. As the cavalry charges at them a rope is pulled up to stumble the horses and unseat the soldiers. All the work of Baji, who wasn’t to wield the sword during this encounter, but was to be a helper to Balaji’s band of warriors.

At one point, as Balaji wonders how much longer can they withstand the onslaught of the Mughal army, Baji riding a bullock goes through the enemy ranks frightening the horses enough to unseat their riders. The Mughals are in disarray.

Just when the depleted 40 strong Marathi force is regrouping with defeat staring in their face, comes the deafening drum beats as Radhabai leads a group of women and they are flanked by a large army of soldiers of a Marathi chieftain. The Mughals flee in defeat. The Marathi women show themselves as a force to reckon with.

The battle scenes enactment deserves full merit as, the camera takes in all the action and realistically brings the action packed sequences into living rooms. They are the finest seen so far in Indian television, using minimum CGI if at all, wonderfully choreographed one on one fights and a young Baji is waiting to take flight as a Peshwa in-waiting.Rudra Soni underwent rigorous training riding and warfare, he did so with a passion and it shows as he wields the sword and fights the enemy.

Peshwa Bajirao is not just a channel driver for Sony, but it is marked with some fine natural performances, authenticity and superlative production values.It is a definitive recreation of an era of Maratha history.