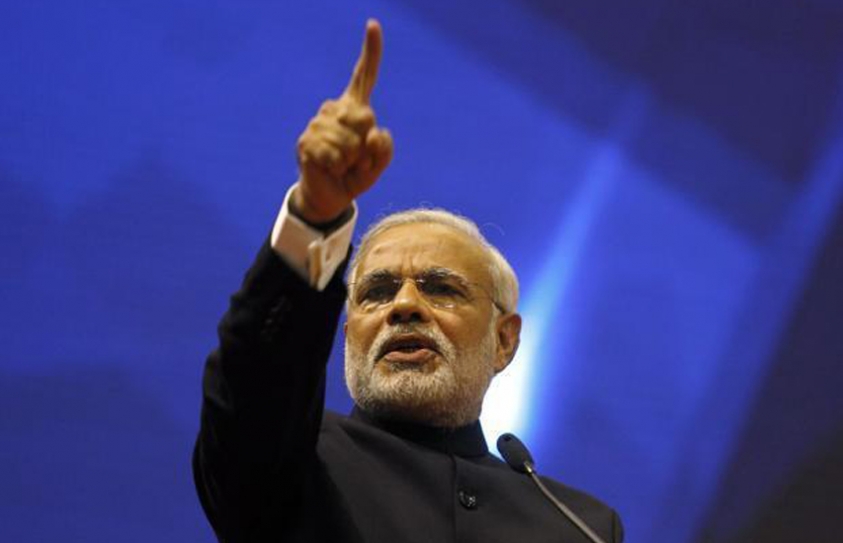 If I Become Your Fan Mr. Modi, Will You Lose Popularity?

Because that is how it’s been in all my years. I have always been in support of those leaders who are more unpopular in India than their counterparts who have thrived in the past.

This once, I feel like rooting for the most popular Mr. Modi, and I’m quite afraid; because drives to clean India and provide sanitation and toilets to the people of the country have never been the more popular causes for politicians to take up in the past.

But this is also that period and phase when the world is experiencing many things in different places at the same time and all that information is arriving upon each and every individual hooked on to a technology that makes him a consumer of the numerous media that he is the cause, or else the effect of.

The schizophrenia then that grips a common man at the receiving end of the media is not surprising at all.

At one side of media for instance now, is a populace struggling to get back to a normal life after having faced a tragedy of mammoth proportions in Kashmir, India; and at the other side is the burgeoning viewership for the finale of a dance reality competition Jhalak Dikhlaja as well as building numbers for the launch of Bigg Boss (desi version of Big Brother), which consumes every billboard on and off line in a bid to escalate the excitement around it.

This might have been the scenario during the last couple of weeks; but then every week has its own set of tragedies juxtaposed with euphoric celebrations on another channel or page.

You can be outraged by the compelling footage of a disaster and empathize helplessly with fellow humans who suffer and despair; or you can access a Bollywood dance and song to either somnambulate or else lift your spirits with exciting things that shut your eyes and mind to the unbearable realities; the choice is yours.

But a collective consciousness that gives rise to a united action is next to impossible in this day and age because of the different streams that influence mankind at any given time of the day or night, and the menu is at your bedside; the tablet as well as the remote.

Then there is entertainment you make the effort to get to; movies, theatre, stand up comedy shows and so many options like music gigs and concerts, cuisines and raves for the so called elite; and among the lower middle classes and poor in India, now that the season of festivals is in full force; there is Durga Puja competing with Navratri and various versions of it in cosmopolitan cities like Mumbai and Delhi filled with immigrant populations; where people of diverse cultures speaking distinct languages, wearing unrelated ethnicities up their sleeves and belonging to different parts of the country compete with each other to be greater devotees than one another.

The part of the world we inhabit in India is a crowded place.

Even holiday spots, riversides and beaches; and mountains, oceans, meadows and forests are filled with people and their litter.

Enormous numbers of people celebrate the nine day festivity of prayer in varied ways bringing multiple traditions to the fore; most often in community driven initiatives on hired grounds across the length and breadth of the metropolises; events which are sponsored by builders and industrialists who in turn fuel the roaring business of politics; galas which get recorded by the minute everyday and are broadcast through the many, over 800 channels in India; channels that mirror our collective and individual fractured lives and drive them right back to us in our bedrooms and living rooms through the box.

I’m amazed that despite the cacophony that surrounds us, we end up making some sense of our purpose and carry on with our lives like nothing much is really happening, such that should worry us.

There is nothing which is disturbing our equilibriums so that we may need to fear losing focus on the goals we set out to achieve everyday; goals that get us from one milestone to the next so we can declare ourselves progressive and therefore worthy of earning our basic bread and butter which in itself is a humongous achievement in India.

Celebration is in our DNA so we – a nation guilty of accepting abject poverty, hunger, disease and squalor that haunts us and stares at us from every nook and corner as a way of life; count ourselves not deserving of revelry – and therefore we, make religion that convenience that justifies our participation in carnivals.

The industry of entertainment, the pomp, show, the sets, costumes and the music and dance breathe down our necks and jump at us from street corners, from radios, television, online platforms, mobile phones and wherever else we see and whatever else we hear.

Advertisements of young people in branded clothes and swanky cars having ‘so much fun’ translate to ‘youth in teeming market places on congested puddled and pot holed lanes of every city in India; dressed to be killed in imitations bought from flea markets as they speed up and down dangerously on their motor bikes, scooters and second hand cars, in a desperate attempt to ape that which they pretend to be; and also group anxiously to take Selfies which they can upload to Twitter and Facebook in a frantic bid to snub the relentless despair that grips them’.

In all of that chaos which we live with, I applaud the Prime Minister of India, Narendra Modi, for overpowering the odds and invoking the Diasporas this Navratri, instead of the numerous Gods and Goddesses that we are praying to fervently out here in India.

I admire him for asking NRI’s to invest in their homeland, to help in building India brick by brick.

I congratulate Modi for having turned his visit to the US to an event lasting over a few days that is truly consuming the collective Indian conscience across the globe; so much as to have dwarfed two giant episodes taking place in India; like the arrest of Chief Minister Jayalalitha in Bangalore and the splits between the Congress and the NCP and the Shiv Sena and the BJP, in Maharashtra.

Full power to Modi for having trivialized these events; even in the eyes of their local patrons who will eventually bear the consequences of the rifts.

Modi is steadily showing India the larger picture and putting petty politicians who have ruled the nation over the last 50 years, to shame.

This is called ‘managing the media’ which the Prime Minister claimed that he didn’t do too well with after the genocide in Gujarat in 2002; and then promised he would handle better in coming times.

Watching Barkha Dutt, Rajdeep Sardesai, Arnab Goswami, Rahul Kanwal and their crews, scramble to get the best positions for an occurrence that is being covered live across every available platform, is in itself a confirmation of the emergence of a new order upon the relationships that will henceforth be shared between the Government of India and its fourth estate.

No longer will politicians run behind the media; it is the media that will chase leaders instead, and both, the media as well as the leaderships, had better be ready for it.

So what if all the opinion leaders look terribly jet lagged in New York; because Modi is all who matters and he who counts looks fresh and energetic when he appears on one stage after another tirelessly.

Modi captivates the entire media when he steps out to make a statement which in this day and age is considered an impossibility; he hypnotizes and charms the minds of an entire Indian population across the world, rousing their support and galvanizing action, and it is going to be even more difficult for the men and women who opine to be able to catch up with the Prime Minister because he is way ahead and raring to a horsepower, to an energy level that they will take a long to accumulate.

Therefore in all of that rhetoric and propaganda that surrounds the experience of Modi that the nation is encountering, I really do appreciate Modi for making his visit to the USA an event that has cut across the all pervasive entertainment on various platforms and crushed the effects of the mindless song and dance routines of Bollywood; to bring sanitation and building toilets to center stage.

Cleaning the Ganges and handing over a better world to the future generations of India is on his agenda, and I feel proud that despite the pressures that he must bear of the motives of the right wingers who remote control his each movement; he is a man who speaks what the people of India have been yearning to hear for many decades now.

I feel happy that he is the media, the communicator and the man himself, and therefore beats to the pulse of his audience; as he travels across continents and within Asia to take India to the next stage of its growth and development.