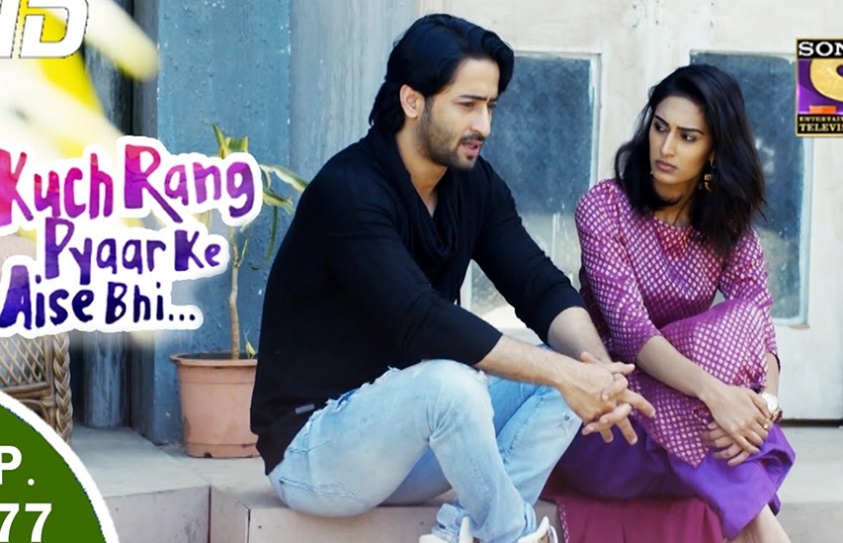 It’s not often that an episode or sequence gets lifted to a level by some outstanding acting. It’s not necessary that the sterling performance is from an adult actor. The Indian television industry is blessed with very young actors who are able to match their talent with their adult co-actors. Aliya Shah’s cute presence as the adorable Suhana on Sony TV’s Kuch Rang Pyar Ke Aise Bhi, is an example.

The pre-leap episodes of Naamkaran were dominated by Arsheen Inamdar, who stood her ground opposite Reema Lagoo’s power driven performance. Though Avani, the pint sized protagonist of Naamkaran has been replaced by an adult actor; Arsheen lingers in viewers’ memory for her powerful performance and seasoned screen presence. She is the year’s find amidst child actors of the small screen. It would be grossly unfair if juries of television awards ignored her on the big night and handed the trophy to a brat actor. Her foil is Shubh Kalra, who plays her best friend Ali. He is noted for his voracious appetite, and infectious cheeky sense of humour.

Rudra Soni is no stranger to television viewers, after making Baal Veer, the young super hero a household name. He is well picked to play the young Bajirao in Peshwa Bajirao. So committed is he to playing the role with conviction, that he underwent rigorous training in the martial arts, horse riding, and deportment and has even gone bald. He continues to give a powerful performance; with matchless dialogue delivery. The ensemble cast of young actors is headed by Ayaan Zubair Rahmani as Baji’s brother Chimaji Appa, who has also done duty in Chakravartin Ashok Samrat. The chubby young actor who plays Bajirao’s friend Gotia is a spontaneous cheeky fellow. Wish one knew the name of the actor.
Another noteworthy performance comes from Anuja Sathe. In her earlier outing in Tamanna, she turned heads with her performance which gave her her due with an award or two. Now as Radhabai, Bajirao’s mother, more heads are being turned with her fire in the belly performance. Pallavi Joshi as Tarabai gives a sterling performance. Both actors have showcased exemplary action scenes with marked swordplay.

But Prime Time’s blue blooded child star is Aryan Prajapati. Behind the cute, toothy smile lurks a charming and most natural actor. In Bade Door Se Aaye Hain he played the ever snooping, quick witted Pritesh. In Ishqbaaz, he is a physically challenged boy; and at present, he is playing a reincarnated grandsire in Trideviyaan. Each time, he out does his own previous performance. Well who said, acting is child’s play?
Ichhapyaari Naagin has moved beyond just form-shifting snakes to Ichha going in quest of her true identity. With the help of Babu, her friend and his visual powers, she tracks down a book in a quaint library, which reveals her true identity, her origins and the reason of enmity of the Vishalgarh naagins. Must give credit to Alchemy Productions for their superior use of special effects. They have managed to sustain the viewer’s interest with twists and turns of the plot, and a bit of cheeky humour by having two Ichhas or two Appus in the Pehlwan house, thanks Babu’s shape shifting ability. Poor Babu is forever filling in for Ichha as she scampers off in her quest or to her parents in Naagistan, and is on a sticky wicket especially with Babbal and Dadi.

At the same time, why has Sony whittled Peshwa Bajirao to a mere pre-Prime Time telecast at 7.30 pm. Queens Hain Hum is also confined to just a 6.30 pm slot. These no-shows jogs the memory about Doordarshan’s teething days; when a stopped telecast meant the ‘Rukawat ke liye khed’ slide!
--