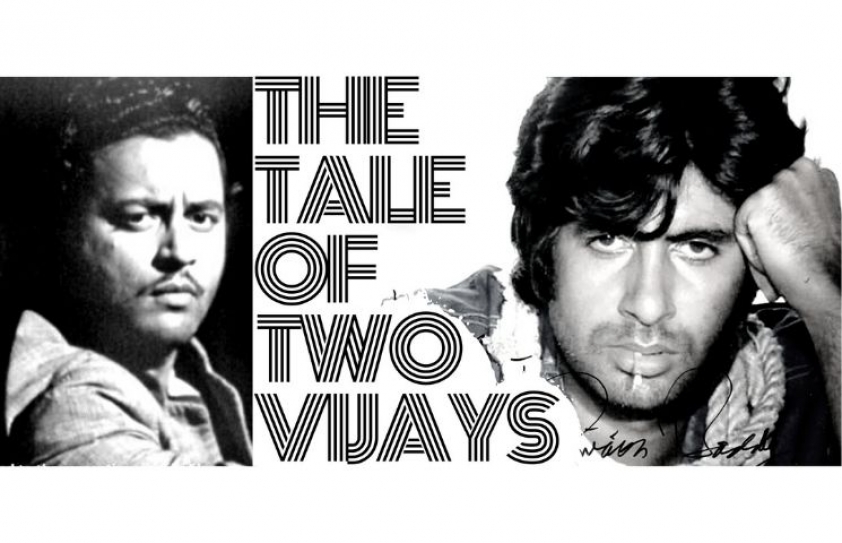 It’s the week of two ‘Vijays’, Guru Dutt and Amitabh Bachchan - the former is remembered on his death anniversary and the latter, celebrated by one and all on his birthday, 11th October 2021, writes Sharad Raj.

If Mani Kaul considered Guru Dutt one of those rare mainstream filmmakers, who always lit up a shot for the entire image and not just for the actor’s face, thereby encouraging accidents and surprises, then the great French auteur Francois Truffaut called Amitabh Bachchan the “One Man Industry”. While Guru Dutt’s most popular screen personification was that of the “disillusioned artist”, Bachchan was the quintessential “angry young man”. Guru Dutt passed away on October 10, 1964, at the age of 39, when Amitabh was turning 22 the very next day that is October 11, 1964. Earlier this week, the superstar turned 79!

This proximity in one legend’s death anniversary and another’s birthday is uncanny as is the fact that both Guru Dutt and Amitabh Bachchan used the screen name “Vijay” to project their personas of the “disillusioned artist” and the “angry young man”. If Dutt was called Vijay in his timeless masterpiece, Pyaasa (1957), then Bachchan took the screen name Vijay 21 times in his career, starting with Prakash Mehra’s Zanjeer (1973). But it was only in Yash Chopra’s film Deewar (1975), that the simmering anger made an intense impact on the audiences. Amitabh’s baritone voice and deep eyes articulated a brilliantly written part by writer duo, Salim-Javed to perfection.

In less than twenty years the disillusionment of Vijay in Pyaasa turned into Vijay’s anger in Deewar. There is initial disillusionment with a newly independent India, represented by Guru Dutt in Pyaasa, where Vijay isn’t able to comprehend the growing materialism, selfishness, and greed in society. Deewar's Vijay is angry.

Mr. Ghosh (Rahman), the insensitive, greedy, and crooked publisher of Pyaasa, is now an unscrupulous black marketer and smuggler (Kamal Kapoor, Ifteqar and Madan Puri) in Deewar. The society that mocked the idealist poet Vijay in Pyaasa, and shunned him, is now cynical. The moral decay of Nehru’s India metamorphosed into a deeply revengeful society in Indira’s India, where one’s friends, neighbors and fellow workers not only shunned Vijay’s family but also tattooed something as abominable as “mera baap chor hai” on his hand - post which Vijay of Deewar adopts a “yeh duniya agar mil bhi jaye to kya hai” (the popular song from Pyaasa) route and takes to crime as a social rebel.

The tragic hero of Pyaasa is now the anti-hero. This is in sharp contrast to the Vijay of Pyaasa who abandons the world, resigns to his fate, and walks into the horizon with his lady love, the sex professional, Gulabo (Waheeda Rehman).

If one looks carefully at Vijay’s trajectory in Deewar, even he abandons the world indirectly, for there can be no escape from the world of crime. He will have to face the consequences of his choice no matter how much one justifies Vijay taking to smuggling. Vijay is fully aware of his fate. Not only him but even the Gulabo, of Deewar, Anita (Parveen Babi) meets a fatal end like her paramour. “Magar woh akela nahi marega” – read as ‘sign karega’. 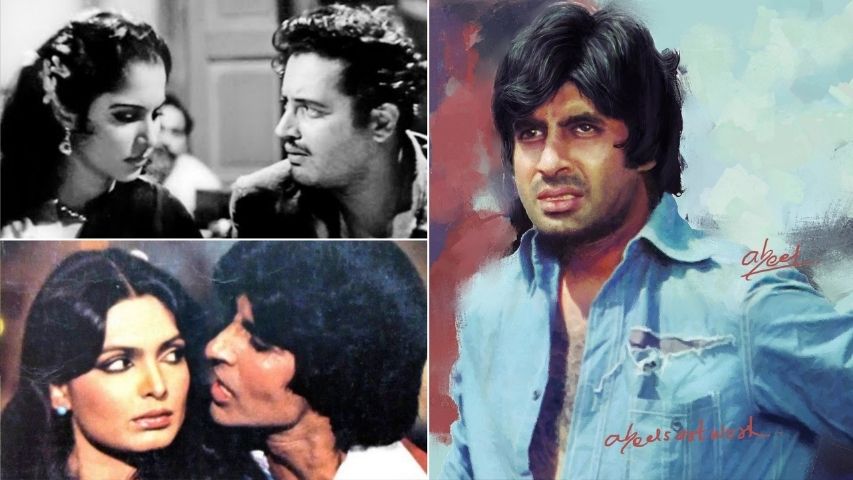 Vijay and Anita depart only after avenging the injustice meted out to them. To that extent both lack the grace of Vijay and Gulabo of Pyaasa, but then the world has also changed drastically since then, therefore the response to it? Gulabo and Vijay, perhaps, had a place to seek refuge in Pyaasa but where would Vijay and Anita of Deewar go, in a world where money, power and oppression had corrupted everyone.

The characters essayed by the two cities in Pyaasa and Deewar cannot be ignored entirely. While the poet of Pyaasa is in Calcutta (now Kolkata), the stereotypical cultural capital of the country; the construction laborer of Deewar is in the commercial capital of the country, Bombay (now Mumbai). The two diverse backgrounds that play out in the different cities subject both the Vijays to different kinds of indifference and apathy; hence they are not separated by years alone but also the socio-cultural context of Bombay and Calcutta.

Five years after Pyaasa in 1962 the Indo-China war provided the final blow to Nehruvian idealism. Nehru himself passed away in 1964, just a few months before Guru Dutt. The growing anger in the country that Bachchan’s Vijay personified was the anger of the youth in a country that was facing price rise, unemployment, war, strikes and disillusionment in the early 1970s. And the Indira Gandhi imposed Emergency six months after the release of Deewar on January 24, 1975, in a bid to stay in power is significant too. Writers Salim-Javed had done well to create the Bachchan persona while capturing the mood of the time.

Amitabh and his brand of stardom ruled the marquee until the cynical Rahul, in the form of Shah Rukh Khan, made it as a star in a neo-liberal world of the early nineties. Soon the angst against the newfound prosperity of a globalized world gave way to the romance of prosperity and SRK became the new lover boy of the 21st century. But both the Vijays have not lost their relevance in the history of popular culture and Indian cinema. They still stand tall!