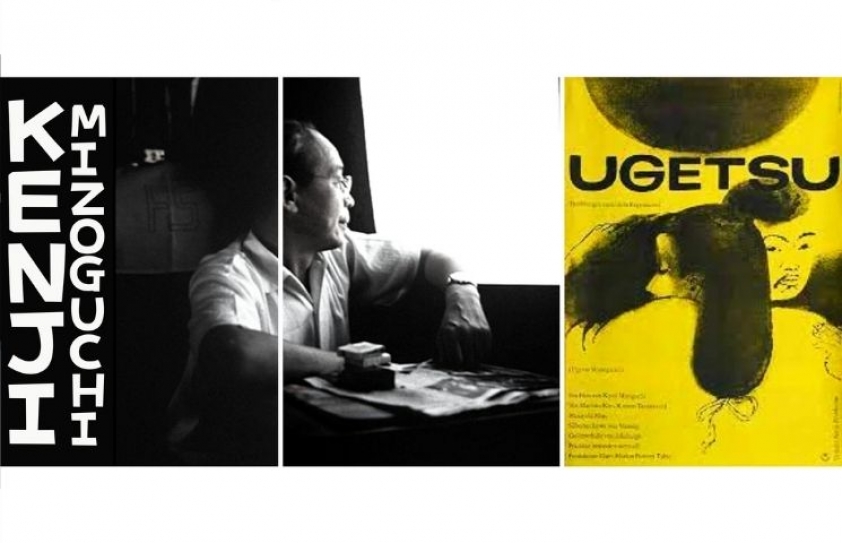 Men are at loose ends without women to enslave, to desire, to abandon. Sharad Raj explores why the director is forgiving of them.

“The fruit of experience is beauty,” the ravishing Lady Wakasa says to an ambitious artisan in Kenji Mizoguchi’s 1953 classic, Ugetsu Monogatari. “Only a master craftsman can create such beauty.” These lines from the film paraphrase the cinema of Mizoguchi, who in a short life of 58 years made close to eighty films. “Ugetsu Monogatari is Kenji Mizoguchi’s masterpiece, one which ranks him on equal terms with Griffith, Eisenstein and Renoir,” wrote Jean Luc Godard in Cahier du Cinema. Along with Akira Kurosawa and Yasujiro Ozu, Mizoguchi forms the holy trinity of Japan’s great cinema tradition.

Ugetsu Monagatari won the Silver Lion at the 1953, Venice Film Festival and introduced Mizoguchi to the western world. He until then was quietly tucked away in Kyoto and had worked his way up to be known as a filmmaker embodying grace and purity. The film is an adaptation of stories from Ueda Akinari’s book of the same name and Guy de Maupassant’s novella, Decore. It is a 16th century tale that revolves around two peasant couples - Genjurō and Miyagi, Tōbei and Ohama - who are uprooted as the army sweeps through their farming village.

Genjurō, a potter, wants to sell his ware in a far away town. He is accompanied by Tōbei, who dreams of becoming a samurai. A respected sage tells Miyagi to warn her husband about seeking profit in time of upheaval. 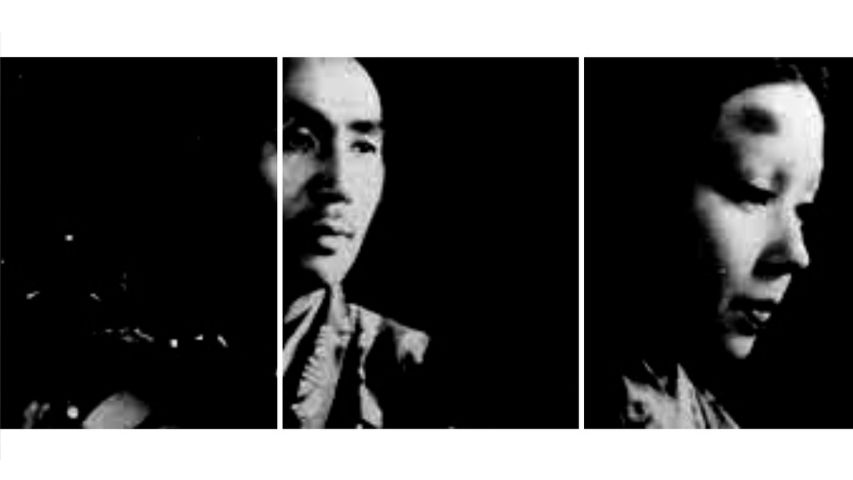 Genjurō pays no attention to his wife’s warning and decides to take the pots to a different marketplace. Tōbei too accompanies him, as both men leave their wives, Miyagi and Ohama behind. Ohama is raped by a group of soldiers and becomes a prostitute. A noblewoman, Lady Wakasa and her female servant, who order several pieces of pottery and tell him to take them to her mansion, visit Genjurō. Lady Wakasa seduces Genjurō, and she convinces him to marry her.

Genjurō gets to know that Lady Wasaka and her servant died many years ago and he has been living with a ghost. Lady Wasaka refuses to set him free and next morning Genjurō finds; the mansion is nothing but a pile of burnt ash. He returns home by foot and Miyagi is delighted to see him. The next morning, Genjurō wakes to the village chief knocking on his door. He is surprised to see Genjurō home, and expresses concern. Genjurō calls for Miyagi. The neighbor asks if Genjurō is dreaming, as his wife is dead. Miyagi's spirit tells Genjurō: "I am always with you". 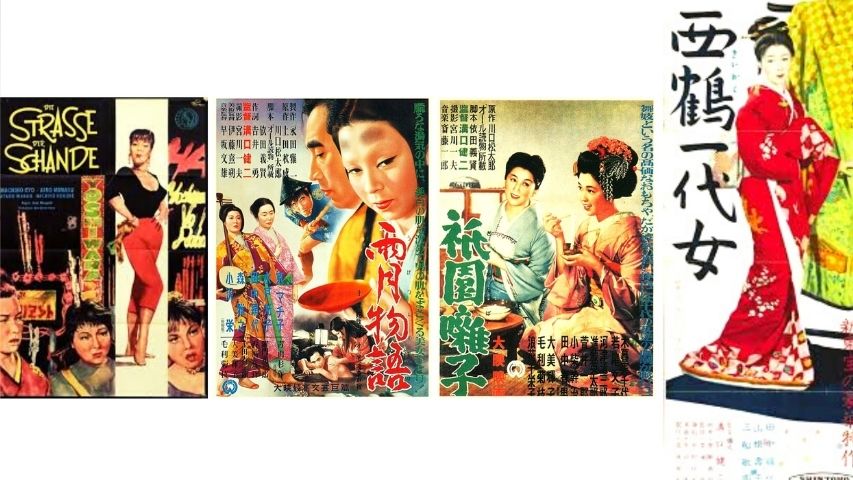 The cinema of Kenji Mizoguchi glides in and out of people’s lives with fluid grace and exquisite tact. He is the master of the long take, who rarely interrupts life with a close up. The long take and the stately movement of the camera makes the viewer a riveted onlooker, as life unfolds on celluloid.

Mizoguchi mastered and practiced the art of “one-take-one-scene” in his films. Architect of the long take and deep focus, for Mizoguchi the story doesn’t change through cutting and sequencing, but with characters entering and leaving through doorways, crossing left and right as the camera captures complex background and foreground action. He films Genjurō returning to his house in a single take. That shot, that one flowing minute of film, is so complete in its synthesis of movement, sound, light, expression, intellect, and profound emotion that it reminds us of what the tools of filmmaking can achieve -metaphor, transcendence, purity-when put in the unique hands of a great artist.

The dichotomy between blunt reality and idealized beauty is very stark in Mizoguchi’s cinema. Life is pretty awful in his world, yet Mizoguchi offers sublime aesthetic and sensual pleasure. Ironically, his gorgeous cinema unfolds the most painful aspects of human life. In this co-existence of contrast, lies the amazing richness of Mizoguchi’s art. 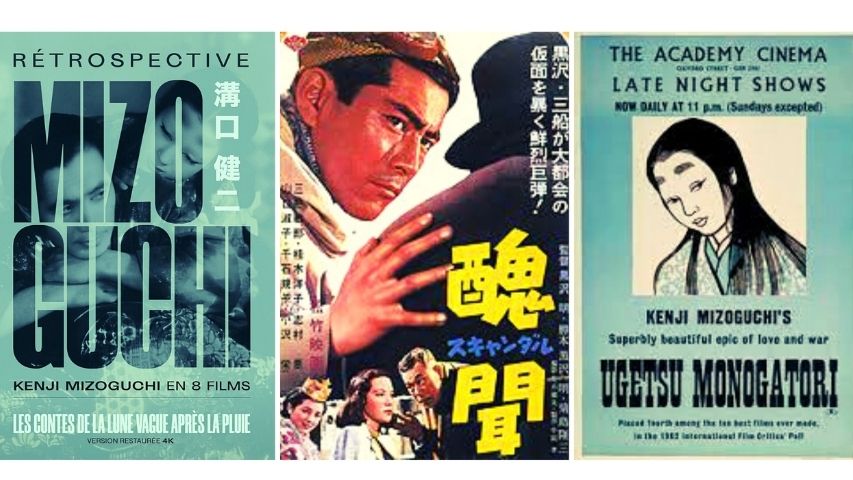 What moves one, on watching Ugetsu Monagatari, is his deep compassion for men delirious with greed. Ugetsu is a simple ghost story of forgiveness and repentance in the times of feudal war. Mizoguchi’s universality lies in his respect for individuals who make mistakes, often seen as the influence of Buddhism on his worldview.

Women are the predominant subjects of Mizoguchi’s films. He displays nuanced understanding of women on the periphery, like prostitutes and geishas, perhaps because his elder sister who brought him up was a geisha.

Some western film scholars like Noel Burch are critical of Mizoguchi’s post war films. They feel Mizoguchi compromised the radical feminist approach visible in his silent films. In Ugetsu Monagatari, both Ohama and Miyagi suffer because of the misdeeds and greed of their men. Men are at loose ends without women to enslave, to desire, to abandon. But the director is forgiving of his men. He sees their behavior as understandable, corrupted as they are by tradition and war. His films end only after his men change and repent.