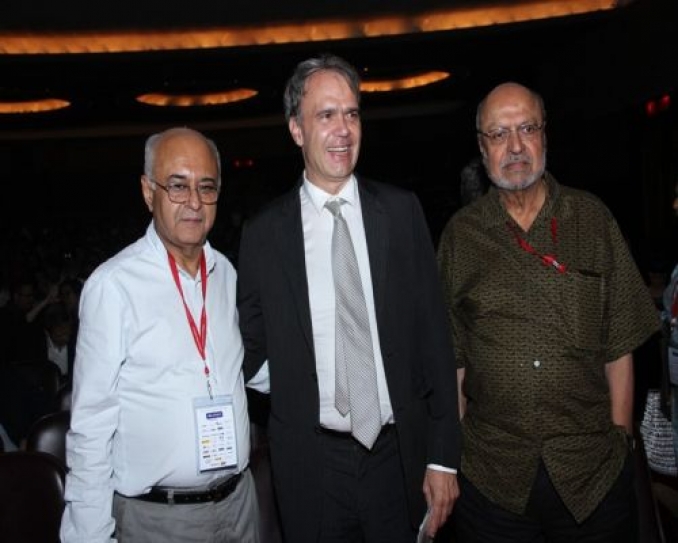 If grandeur met art on Day 1, Day 2 of the 15th edition of the Mumbai Film Festival organized by the Mumbai Association of Moving Images (MAMI) and presented by Reliance Entertainment witnessed the harmony of passion and cinema. With exciting films from across the world being screened at Liberty and Metro Cinemas at Marine Lines and Cinemax, Versova patrons were hard-pressed to choose between masterpieces.

Beginning at 10 am and carrying all the way up to 10 pm, the impressive lineup of films included Hush directed by Lukas Nola, A Fold in My Blanket by Zara Rusadze, Liar’s Dice by Geethu Mohandas, Blackmail by the legendary Alfred Hitchcock and the Ax by recent Lifetime Achievement Award winner Costa Gavras and many more.

Particularly erudite was the tete-a-tete with French film director, writer and critic Leos Carax. The 2012 Cannes Film Festival ‘Award of the Youth’ winner for writing and directing Holy Motors, took the audience through his journey as a film maker, important aspects of the art and the attributes that enable one to become a good director.

The first film in the India Gold 2013 category, Qissa: The Tale of a Lonely Ghost, directed by Anup Singh was screened at Metro Cinemas. Starring Irrfan Khan, Tillotama Shome and Rasika Dugal, the movie is about a Sikh who is forced to leave his homeland during the separation of India in 1947. Obsessively wishing for a male heir, he wages war against destiny after the birth of his fourth daughter. Tillotama Shome, Tisca Chopra and Rasika Dugal.

As the sun began to set, silent film Blackmail was screened with live music, as part of the Mumai Film’s Festival’s restrospective section.

On Day 3, Academy member Robert Neuman will delve into the world of 3D in a truly special workshop, describing the processes and challenges behind this modern technology that has invaded films. Embellished with captivating cinematic works, Day 3 augurs well for cinema buffs. 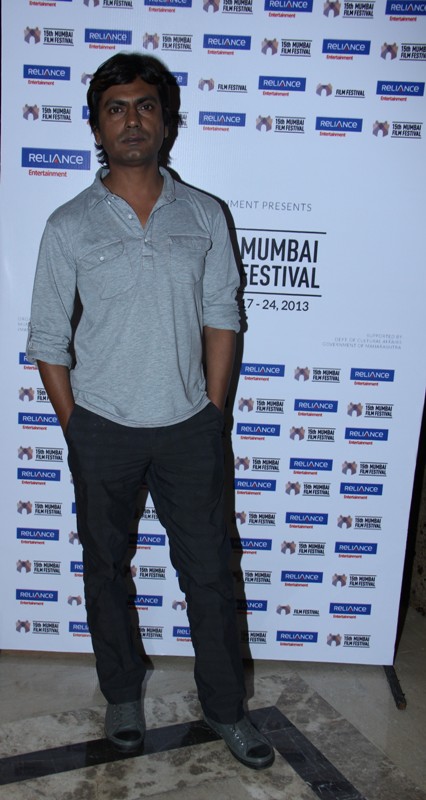