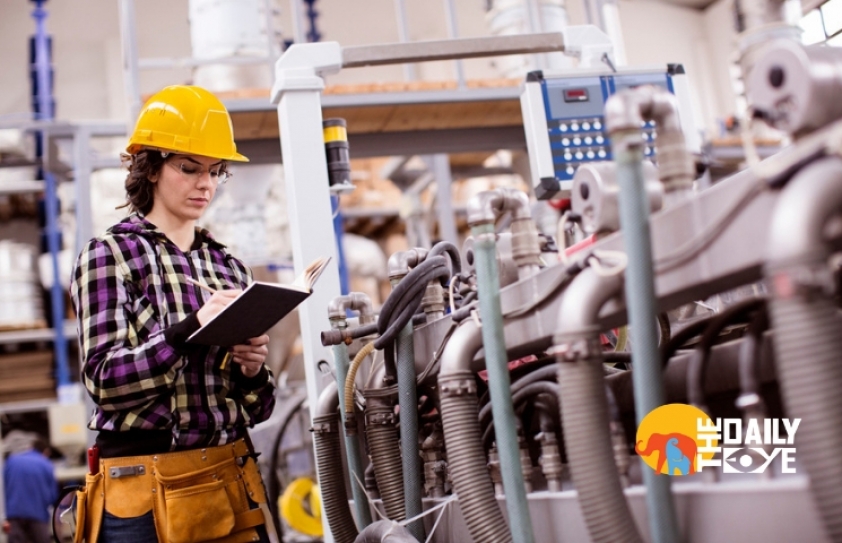 The world’s largest corporate sustainability initiative, UN Global Compact’s Executive Director Lise Kingo spoke to the UN News. She elucidated the point that the progress on economic gender is going much slower than she expected when she began her career as an executive in the corporate world. On behalf of the current trends, it will take 202 years to close the divide in the workplace, a recent data from the World Economic Forum shows.

“I have been involved in the whole gender debate for close to thirty years now, and I'm not sure that we have really moved forward in the way we had hoped. I thought at some stage that we could pave the way for the next generation of women, but I don't see that happening. I think we are up against some really fundamental cultural barriers to women being treated in the same way as men in terms of work opportunities. I think it has to do with unconscious bias, where unconsciously people feel that men are better suited for doing certain types of jobs, involving management, and numeracy, and I think we need to become more aware of when we are applying this kind of unconscious bias” Kingo says. 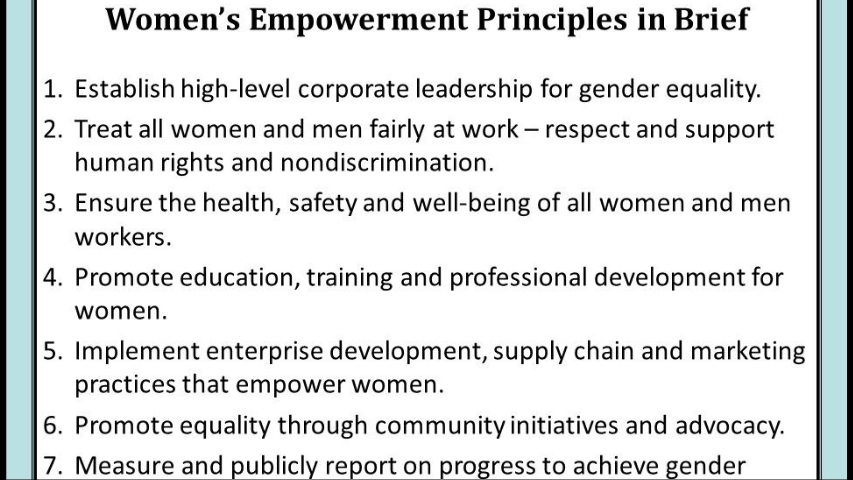 In order to speed up the progress towards gender equality, UN Women, the United Nations body dedicated to gender equality, and the Global Compact, came together in 2010 to develop the Women’s Empowerment Principles. Till now over 2,100 companies have signed up to implement the principles into their business strategy including Roche Pharma, Schneider Electric, Total and the Coca-Cola Company.

Some of the best-practices that companies are initiating are: ensuring that gender is considered when considering senior board level appointments, that an equal number of female and male candidates are provided whenever a position is posted, mentoring arrangements to help women advance in their careers, and maternity/paternity leave opportunities for both parents, giving women the option to pause their careers without damaging their job prospects and so on. 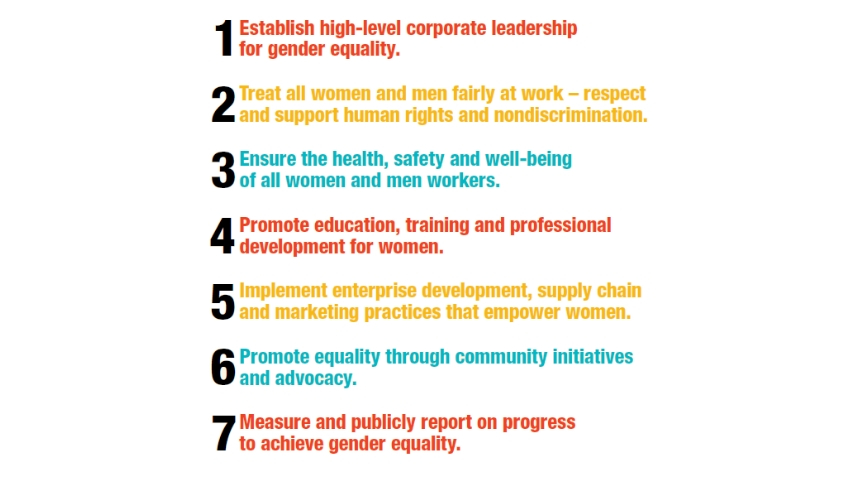 Anna Falth from UN Women is the head of the Women’s Empowerment Principles secretariat. She told the UN News that the #metoo hashtag has been a positive catalyst for change in the workplace. “More companies than ever are looking at this as a big risk and are actually taking action,” she said, “not only to set up policies on zero tolerance for sexual harassment and abuse, but they are also looking at the bigger picture of gender equality in the workplace and seeing what they can do there.”

“But also what has emerged over the last 10 years is an interest by investors. They’re increasingly looking at gender inequalities in a company, and discrimination, as a risk for their investment. This is also an unstoppable train, because investors have understood that a company that is attractive to talent is also a company that will make it in the future of work” she added.

Lise Kingo further says “I think it would be great if all the companies at the UN Global Compact all sign up to the Women’s Empowerment Principles, and really anchor the theme as part of their business strategy. We know, from many surveys and studies, that companies that have women in senior leadership levels are performing better financially than companies that don't. I think there's every reason, from a business, global economy and human rights perspective, to really drive the agenda of women’s empowerment” with a clear impact that gender equality on the bottom line should be a strong incentive for many more businesses to change their practices for the better despite the huge tasks ahead by the UN.

The target that specifically refers to gender equality is Sustainable Development Goal 5: “achieve gender equality and empower all women and girls,” which includes the aim of ensuring “women’s full and effective participation and equal opportunities for leadership at all levels of decision-making in political, economic and public life. The latest progress update of the goal notes that, while some forms of discrimination against women and girls are diminishing, “Gender inequality continues to hold women back and deprives them of basic rights and opportunities.”

Worldwide, women are suffering from gender discrimination in the workplace, often ending up in insecure, low-wage jobs, and only making up a small minority of senior business leaders. They still perform the bulk of household work, leaving them little time to pursue economic ambitions. Ms. Falth believes that the momentum will be growing this year. “We’re looking at stereotypes and myths in advertising; purchasing and sourcing more products and services from women entrepreneurs; engaging at the community level and, most importantly, we're talking about the importance to companies of collecting data” she says.

2019 and 2020 will really hear the voices of not only thousands but about the millions of companies that have made this commitment.

“Everyone has a right to access quality healthcare” - WHO

From worst to best: the success story of the Tasmanian gender reform