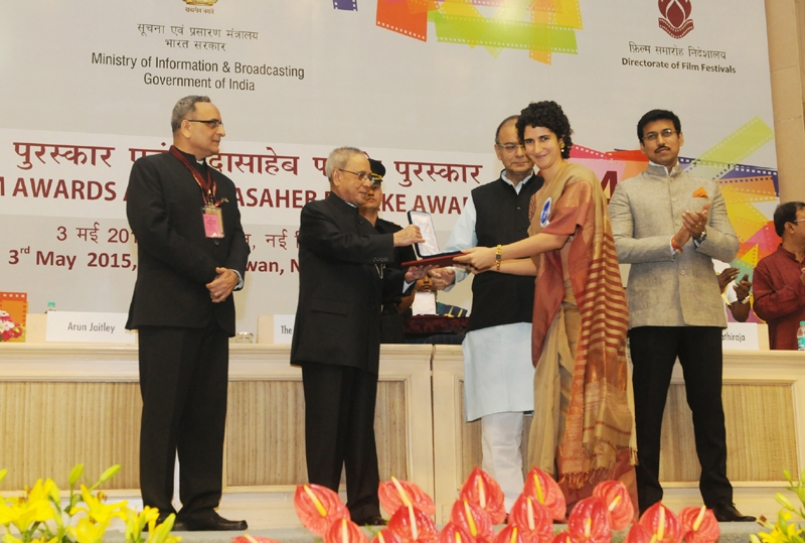 President Pranab Mukherjee has urged the film industry to look beyond markets and work together to help “nurture universal human values, which draw on our rich civilizational heritage that celebrates diversity and nurtures inclusiveness.” In this context, he quoted the late filmmaker Ritwik Ghatak and said ‘Cinema is no art for me. It is only a means to the end of serving my people.’ The President was giving away the 62nd National Film Awards for 2014 at a function at Vigyan Bhavan yesterday. Mukherjee said the advent of digitisation and modern technologies “do not mean that we lose touch with the grass roots. Our content has to be our strength as it is entrenched sharply in our vibrant cultural milieu. Cinema in India crosses all boundaries of region, caste, creed and religion. It reflects the immense diversity of our nation, which is home to different cultures, religions and languages. It shows the confluence of modernity as well as tradition as well as our ancient past and billion aspirations for the future.”