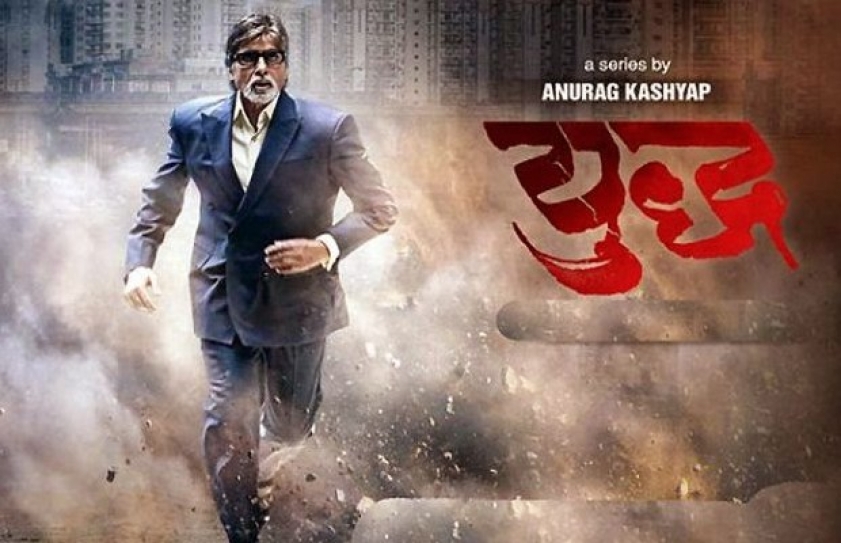 The Amitabh Bachchan helmed Yudh is winding down, as I write this piece. Like every other time that Mr. Amitabh Bachchan has ventured out of the box, like he did for Rakish Omprakash Mehra’s Aks (also a psychological thriller), his popularity only withstands the first look, but unfortunately doesn’t sustain the run. Aks earned him critical acclaim, but was a poor show at the box office. Yudh which also marked the TV debut of Anurag Kashyap as it did of Mr. Bachchan in the fiction genre failed with the viewership ratings. The much hyped show on Sony Entertainment which is being touted as an Rs 3 crore per episode venture, received a dismal rating of 1.6 TVM for its opening episode. 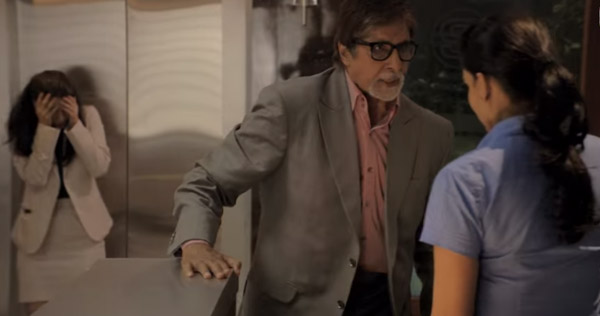 According to data released by television audience measurement firm TAM, Yudh clocked a dismal 1,199 TVTs (TV viewers in thousands) in its opening week. The figure suggests that only a little over a tenth of those who watched the most popular series in the genre — a soap called Diya Aur Baati Hum that got a TVT of 10,488 in the corresponding week — watched Yudh after it opened on July 14. The TVT dipped further in the subsequent weeks to 1,126. Sources aver, the low TVT was probably because Indian audiences are not yet ready for a “Yudh-like no-nonsense, dark and intense drama series”. It’s really absurd to compare the performance of Yudh to long running soaps like Diya Aur Baati Humor Yeh Rishta Kya Kehlata Hai. The latter is fodder for the aam janta from Mumbai to Malegaon; whereas Yudh was targeted at the discerning viewer in Malabar Hill who wants to watch something fresh, which also gets over quickly.

Frankly speaking, it shouldn’t matter if a show is a hit in terms of ratings; the question really is: has Yudh created a demand for innovative, finite fiction content for television? We can only hope for a positive answer. The most gripping stories are to be found on television, worldwide. We get to see a lot of American shows on Star World, particularly or on DVDs from circulating libraries or from the local grey market DVDwallah, like The Good Wife, Homeland, etc. These shows have raised the bar for television in the past few years from Dynasty and The Bold and the Beautiful. The recently-launched channel, Zindagi, with its Pakistan television shows, is growing in popularity because of strong innovative content, acting and its finite run.

Who better to head the finite fiction wave than Amitabh Bachchan? Although Anil Kapoor did it with 24, but that was franchised content. Mr. Bachchan plays the eponymous Yudh (short for Yudhishtir Skarwar), who discovers in the first episode that he’s suffering from a neuropsychological disorder, and has a few years to live. Additionally, he has to deal with business related pressures, deal with a corrupt builder and get support from influential politicians for a mining project. There is a family story too — a roguish brother-in-law who’s just out of prison, a naive son, and an estranged daughter, from an earlier marriage. Such a plot line is certainly not soap opera material. Wisely condensed to 20 episodes, the narrative is forced to move forward.

Amitabh Bachchan was a joy to watch, and sometimes though the action was befuddled, one stayed on for him. The effort that was taken in casting actors around Mr Bachchan shows. Zakir Hussain plays consigliore to Yudh, now as the series is winding down Hussain’s character will do a volte face. A trait the actor is known for when he picks roles. Ayesha Raza, a theatre veteran as Yudh’s wife,brought a touch of reality to Yudh’s personal life. Kay Kay Menon, playing a corrupt commissioner whose sense of humour remains intact, even with a cervical collar around his neck. But none can match Tigmanshu Dhulia, who every time he appears makes an impact. Nawazuddin Siddiqui gave his all as he plays an addict on a rampage.

Yudh is a reflection of the construction business and their political affiliation, as the Home Minister says: “Raajneeti main dost woh Jo mauka Milne par bhi chhura Na ghonpe (A true friend in politics is one who won’t stab you in the back even when he has the opportunity to do so).” Even more effectively rendered by Dhulia. Mercifully, the background music wasn’t intrusive making the viewer aware of a scene’s emotional pitch, etc. The camerawork is subdued with subtle, but needed close-ups, an art lost in mainstream television cinematographers. But the sound design in most episodes was found lacking…. I found myself boosting the volume, especially when Mr Bachchan or Zakir Hussain spoke.

The hush word is that Yudh allegedly has similarities with the US television show, Boss, featuring Kelsey Grammer in an award-winning performance as Chicago mayor Thomas Kane, who discovers he suffers from a degenerative neurological disorder and has less than five years to live. A detractor points out another co-incidence is that Kane’s two closest comrades are an advisor and a public relations officer, both replicated in Yudh and played by Hussain and Mona Vasu. Kane too has an estranged daughter who runs a free clinic at a church, Yudh’s daughter works at a municipal hospital. Like Yudh, Kane too has to fight off adversaries while hiding his condition from the world.

Be that as it may, Yudh has achieved what it set out to do. Provide a fiction platform for Mr Bachchan, experiment with a psychological thriller as a finite show and for Anurag Kashyap to test the waters on the small screen. All said and done, a lot more fine tuning is needed in the genre if Sony Entertainment channel wants to make finite shows their USP.