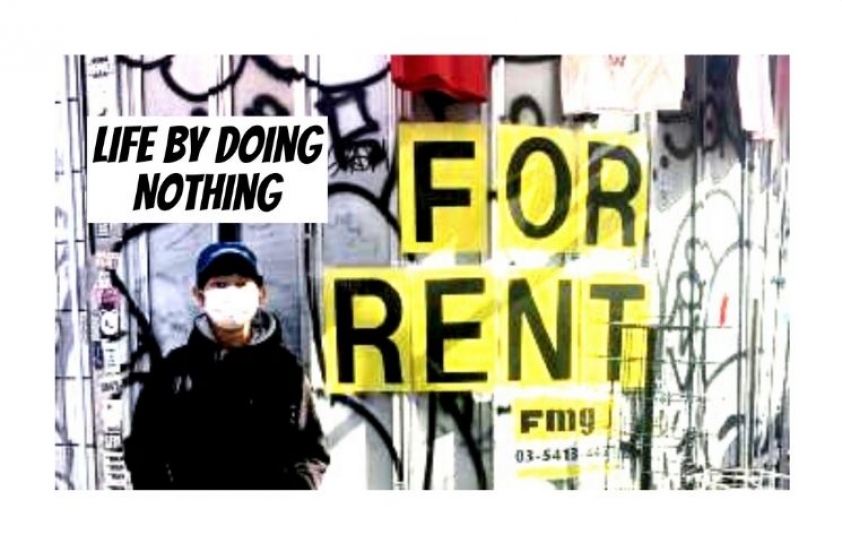 A bit of a late realization, but a self-discovery nevertheless arrived at after much introspection, writes Dr. Sandeep Goyal

Yes, please don’t think that I have written a catchy headline just to grab attention. I mean every word of what I have said: in the year ahead, I want to live life by ‘doing nothing’.

It is possible to do. And Shoji Morimoto in Japan is doing just that.

After living on Planet Earth for 35 years, Shoji Morimoto discovered that what he was best at was to “do nothing.” A bit of a late realization, but a self-discovery nevertheless arrived at after much introspection.

After graduating from Osaka University, Shoji san had worked as an editor in a publishing house and tried his hand at freelance work too, but he couldn’t hold on to any job for long. Like many people who are tired of going to work, he admitted to himself that he is not suitable for regular day-to-day work and cannot adapt to the workplace identity of ‘seeing the same group of people and doing the same thing day after day’. So he asked himself, “Is a life possible doing nothing?” It seemed an esoteric idea, but it really wasn’t.

Shoji san looked for inspiration to Taiichi Nakajima, a Japanese blogger who makes a living by being a ‘professional guest’. Morimoto asked himself, “People can’t live without working and making money, but if you don’t stick to social common sense and do nothing, can you still live?” There is no harm checking it out, he told himself.

In June 2018, he began to rent out his ‘self who does nothing’ on Twitter, giving some explanation and elaboration, and use, for ‘doing nothing’. Today, Morimoto has 270,000 followers on Twitter. His business announcement reads, “You only need to pay 10,000 yen, the transportation expenses of Kokubunji Station, and all kinds of meals and miscellaneous expenses that may be incurred. But I don’t do anything except drinking and simple responses.”

After being interviewed by NHK’s 72 Hours of Documentary program, Shoji Morimoto and his rental business instantly became a social topic - and within two years, it became books and comics. Last spring TV TOKYO’s short drama Mr. Rent-A-Nothing adapted from his deeds was also broadcast and it became an instant hit. So far, Shoji Morimoto has received more than 10,000 commission requests, but only two to three thousand were actually accepted by him. “Intuitively, if the job is to ‘do nothing’, I will accept it, and refuse it if it doesn’t work. I usually reject errand requests like ’Can you buy me something?’ However, the criterion is still more willful, it all depends on my mood.”

Now you know why I envy Shoji san, and want to emulate him. Just get paid for ‘doing nothing’. Sounds swell, doesn’t it? Well, come 2021, I am certainly going to give it a shot too. What’s to lose? 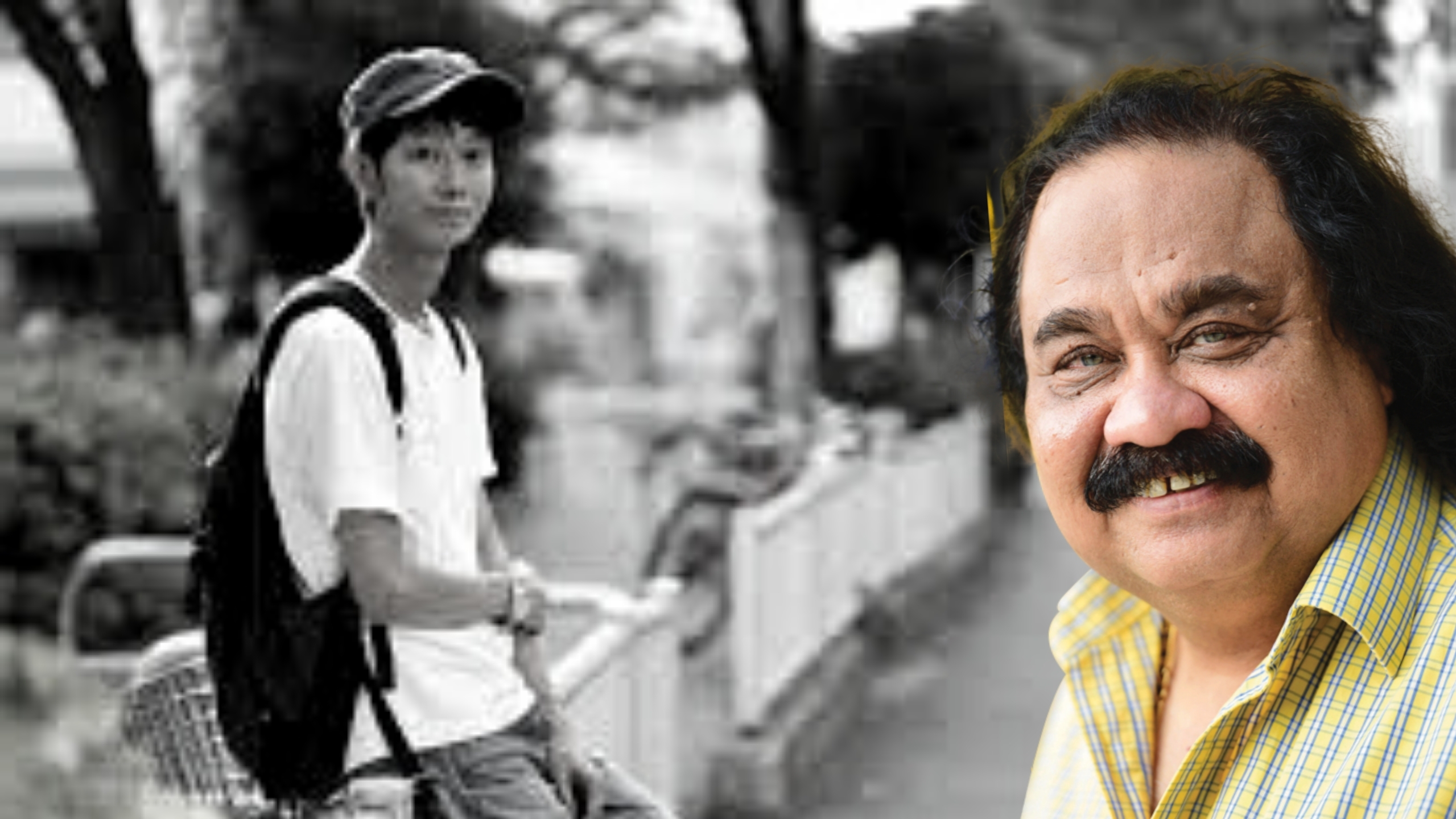 Shoji san’s most common commissions are of the type, “I can’t tell anyone about this, I just want to tell you.” Morimoto thus acts as a flood outlet for Tokyo people’s secrets and emotions. I think I could do that too - I am a pretty good listener. And I have much practice too - when the wife talks I listen. Listen hard. So, I have the necessary credentials, you see. But Morimoto warns that there can be scary situations as well, where he thinks it wise to refuse commissions. “A client wanted me to hear him talk about the experience of killing a person, because he couldn’t tell others, he was really uncomfortable. Another client said that he was of a certain religion before. A believer in the organization, but this organization is strongly criticized by society. He wants me to listen to his thoughts.” Oops!

Shoji Morimoto has been nicknamed, ‘The Tree Hole’ by Japanese media and ‘The Air Man’. There, yet not there. His offering is simple and uncomplicated - simple companionship service without any emotion. Guess I could do that without much effort too, no?

Shoji san says his best assignments are where he has to listen to ‘things that he doesn’t usually think of” and ‘things that are beyond the scope of his understanding’. Sounds simple enough. As I am getting older, as it is, there is much (especially technology) that I don’t really understand anyway, and in any case ‘thinking’ has never really been my strong point (my wife says so, so it must be correct). So, this is getting to be a better and better fit.

Just to be sure that I wasn’t plunging into this whole new career without adequate background and knowledge I researched Mr. Rental (I have started calling him that) a little more. I found out that Mr. Rental was asked to attend a wedding ceremony by a person who, for some reason, hadn’t invited any of his friends - he was asked by a woman to accompany her as she submitted a divorce report because she was lonely and didn’t have anyone else to accompany her and he was asked to sit behind a man who was on trial, a civil trial, just so he could feel that he was supported by someone. “You don’t have to do anything,” a person once wrote to him. “I just want someone who isn’t a family member, friend, or lover - who doesn’t know me at all, to be with me.”

I am feeling tears well up in my eyes. I am no longer so sure now about doing what Shoji san does. Yes, he does get called many times by those who don’t want to view an NBA game alone. I am sure many in India would invite me to be a co-spectator to an IPL game - loneliness is no fun.

In any case - what makes Shoji san such a success? Loneliness? Companionship? Fear? Sharing? I think, once a person takes a truth as his own, calls it his own truth, and tries his best to live according to it, he becomes an anomaly, and the truth he embraces becomes a fallacy. Morimoto may well be a ‘fallacy’ in the eyes of others, but the ‘truth’ is the truth because he believes in it.

Can I make his truth mine? Fifty-fifty - I would say.