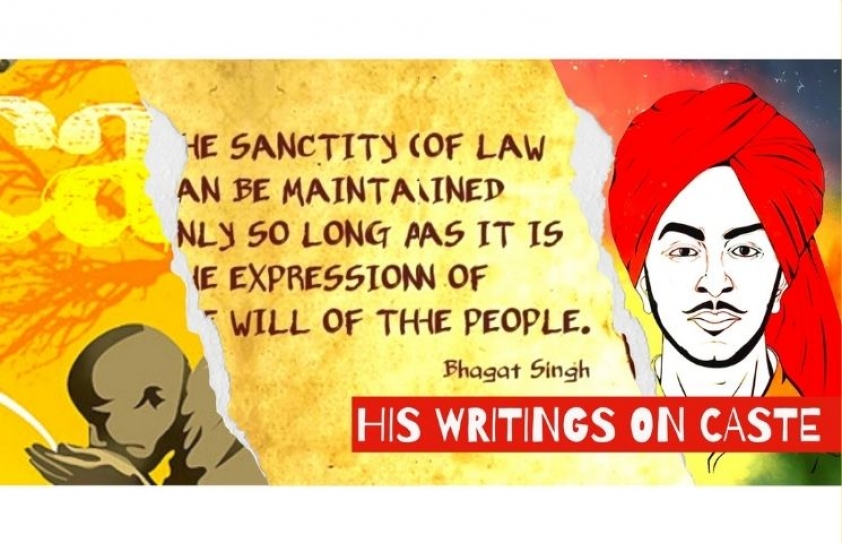 In his writings on caste, Bhagat Singh understood the practice of untouchability and its associated binary of purity-pollution as an integral part of Hinduism.

The influence of socialist and Marxist thought on the writings of Bhagat Singh is documented, discussed and debated. However, his thoughts, as well as that of the broader revolutionary movement, on the questions of caste, have not been paid much attention.

Apart from his popular article - ‘Problem of Untouchability’, published in the June 1928 issue of Kirti - there are a few articles and essays where Bhagat Singh criticized caste and related aspects.

While caste based discrimination can take place without criticizing Hinduism in radical terms, (e.g. Vivekananda, Gandhi, Savarkar etc.) the caste as an institutionalized form of discrimination has to take into consideration the roots of the caste system in Hindu religious principles and philosophy (e.g. Phule and Ambedkar). Bhagat Singh’s criticism of caste is firmly anchored in the latter approach.

He also wrote: “If a low-caste boy garlands people like the Pandit or the Maulvi, they have a bath with their clothes on and refuse to grant the ‘janeyu’, the sacred thread, to the untouchables.” The Sanatana Dharma legitimized these practices, according to Bhagat Singh, which are in favor of discrimination. 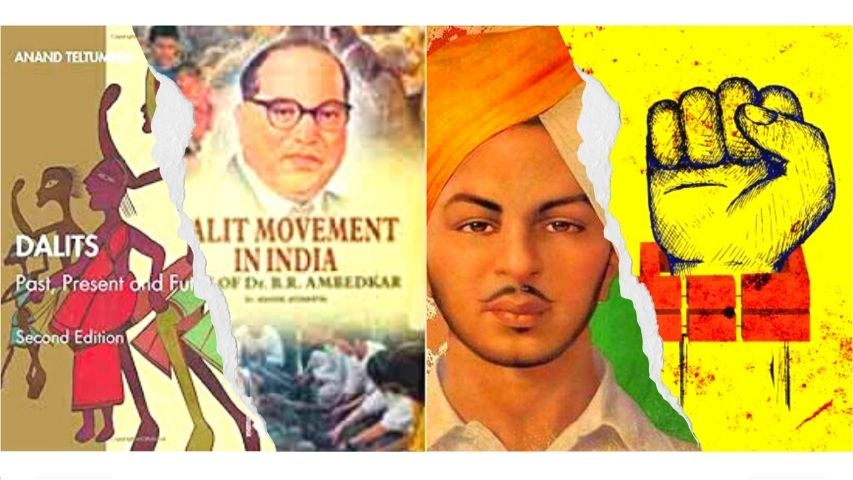 At the center of his criticism of caste is the theory of karma, which postulates that people are assigned caste according to the merit of their previous birth. In the ‘Problem of Untouchability’, he attacked karmic theodicy as the ideological edifice built to counter the resentment emerging from the discriminations of the caste system.

He wrote: Historically speaking, when our Aryan ancestors nurtured these practices of discrimination towards these strata of society, shunning all human contact with them by labeling them as menials, and assigning all the degrading jobs to them, they also, naturally started worrying about a revolt. They floated the philosophy of re-birth. All this is the result of your past sins, what can be done about it? Bear it silently! And with such kinds of sleeping pills, were they able to buy peace for quite some time?

He reiterated this point again in his 1930 pamphlet, Why I am an Atheist, where he said: “Well, you Hindus say all the present sufferers belong to the class of sinners of the previous births. Good. You say the present oppressors were saintly people in their previous births - hence they enjoy power. Let me admit that your ancestors were shrewd people; they tried to find out theories strong enough to hammer down all the efforts of reason and disbelief”.

In the same essay he criticized the caste system, which fixed the task of each and earmarked strict punishment for those who violated the rules. Criticizing one of the most severe forms of punishment reserved for the untouchables if they even heard the vedas or other sacred scriptures, Bhagat Singh said that these rules and laws related with the system ‘are the inventions of the privileged ones’ to ‘justify their usurped power, riches and superiority’. According to him, the lower strata of the Hindu society were deliberately kept away from education by the haughty and egotist Brahmins, who made learning for them criminal.

The institution of caste has had two negative impacts upon Indian society. Calling the practice ‘a grossly cruel conduct’, he pointed out that it amounted to the negation of core human values and adversely affected the self-esteem and self-reliance of those condemned. Here Bhagat Singh acknowledged the psychological as well as mental toll resulting from discrimination.

The second side effect of caste was its promotion of contempt for labor, especially physical labor. This, according to him, had negatively impacted the historical economic development of Indian society. Underlining this consequence he said: “In broader social perspective, the caste system had a pernicious side effect; people in general got used to hating jobs, which were otherwise vital for life. We treated the weavers who provided us cloth as untouchable. In UP, water carriers were considered untouchables. All this caused tremendous damage to our progress by undermining the dignity of labor, especially manual labor”. 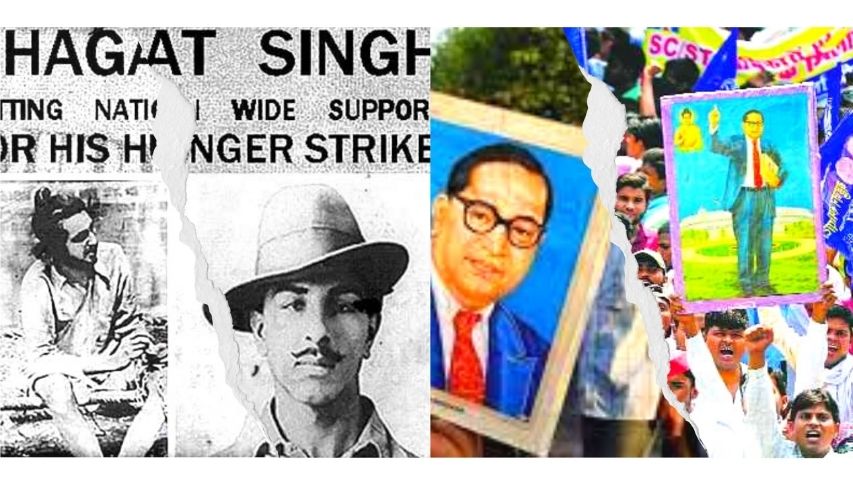 The caste system, according to Bhagat Singh, was a system to extract free and cheap labor from the most under-privileged communities. Celebrating the strike of the sanitation workers of Jamshedpur, in his article Satyagraha and Strike (1928), he had said: “The scavengers are on strike and the entire city is in a mess - we do not allow these brothers who serve us the maximum to come close to us, cast them off calling ‘bhangi! bhangi! And, we take advantage of their poverty, and make them work for low wages, even without wages! They can bring the people, especially in the cities to their knees in just a couple of days. Their awakening is a happy development”. Commenting upon the historical contribution of untouchables in progression of Indian society, he called them the “real sustainers of life - the real working class - the pillars of the nations and its core strength”.

He was skeptical about various movements that were supposedly fighting to do away with the menace of caste. The upper-caste led social reform movements, according to him, resulted not from any genuine concern, but was a reaction to the introduction of communal representation or separate electorates by the proposed Minto-Morley reforms of 1909. The communal award, as it came to be known, threatened the dominant position of upper-caste Hindus vis-à-vis Muslims and Sikhs, as the number of seats in the legislature was fixed in accordance with the size of the respective communities.

Since untouchables were targeted by the Muslim, Christian and Sikh missionaries with the promise of equality is social life, the upper-caste Hindus who previously did not consider untouchables as part of the Hindu fold, felt threatened in the numbers game in the electoral arena. This threat, according to Bhagat Singh, had shaken Hindus from their complacency in the matter and even orthodox Brahmins started giving the matter another thought.

But these reform movements led by upper-caste reformers were not serious and reeked of hypocrisy. To substantiate his argument, he cited an incident from Patna where social reformers had gathered to discuss the problem. When questions emerged about the eligibility of untouchables to wear sacred thread or reading the vedas/shastras, a number of social reformers lost their temper and protested against the move.

Criticizing Madan Mohan Malviya, who undertook campaigns to remove the caste system, Bhagat Singh wrote, “A reputed social reformer like Pandit Malviyaji, known for his soft corner for untouchables, first agrees to be publicly garlanded by a sweeper, but then considers him to be polluted till he bathes and washes those clothes. How ironic!” 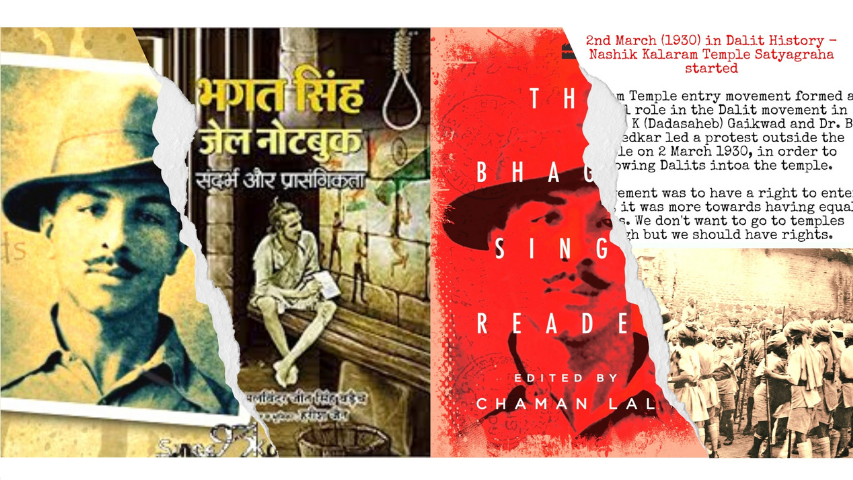 In another essay titled Religion and our Freedom Struggle, published in May 1928, he wrote, “People also say that we must reform these ills. Very good! Swami Dayananda abolished untouchability but he could not go beyond the four varnas. Discrimination still remained!” In the same essay, he said that the only way to do away with these problems was to oppose the Santana Dharma, which favors discrimination.

Bhagat Singh approached the question of separate electorates in a very positive light. He wrote: “In the context of our advance towards national liberation, the problem of communal representation may not have been beneficial in any other manner, but at least it means that Hindus, Muslims and Sikhs are striving to maximize their own respective quota of seats by attracting the maximum number of untouchables to their own respective folds - all three are trying to outdo each other, resulting in widespread disturbances. This turmoil is certainly helping us to move towards the weakening of the hold of the caste system”.

Ultimately the problem cannot be satisfactorily solved unless and until untouchable communities themselves unite and organize. We regard their recent uniting based on their distinct identity, as a move in the right direction, we plead that they must persist in pressing for their own distinct representation in legislatures in proportion to their numerical strength. Without your own efforts, you shall not be able to move ahead is what he conveyed to the community.

He asked a very relevant and practical question: “Can a legislature, where a lot of hue and cry is raised even over a bill to ban child marriages on the grounds that it shall be a threat to their religion, dare to bring the untouchables on their level as their own?”

Harshvardhan is a research scholar.