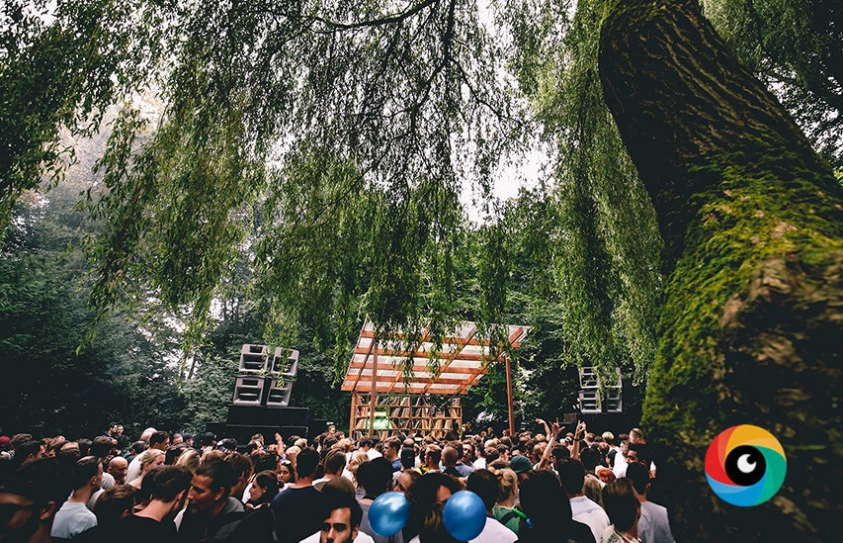 Dekmantel festival, a raver heaven. It is a three-day electronic music festival set in a woodland park in Amsterdam in early August. Very close to nature, with an easily accessible city near it makes the small festival site a pleasure to go to. Whether you want to camp near the festival site or stay in a hotel in the city is up to you. The most important matter however, begins when you get there...

Currently in its fifth year the festival always has a great line up of really creative artists of different genres of the wider electronic scene. The festival boasts of five stages and an afterhours programme that lasts until breakfast after which it starts again at noon. With concerts and performances by Steve Reich, Slagwerk Den Haag, 2001: A Space Odyssey and many more. You can move throughout stages to shift seamlessly between disco, house, techno and much in between, often within the same sections of a single set. This gives you the ability to listen to diverse music and you don't have to listen to just one artist throughout.

There is also a day in the festival where lectures, documentaries and much more take place as part of the Dekmantel Festival Conference. These activities dive into Dekmantel’s background and pure interests - the perfect place to drop by in-between the concerts. What's more is that the festival is not only limited to the festival site, there are many locations throughout the city in which the festival takes place;

The Amsterdamse Bose which is one of the most stunning and natural surroundings in the area with no scraping elements of any kind. With lots of grassy meadows, it is the perfect setting for the Dekmantel festival.

Muziekgebouwaan ’t IJconcert hall that sits majestically on the banks of the Amsterdam river. It is an integral part of the Dekmantel festival.

Tolhuistuin,also located directly at the opposite of the Central Station is Tolhuistuin, a cool and relaxed venue for intimate concerts.

Shelter, one of Amsterdam’s newest clubs is Shelter, located on the North-side of the IJ river.

Radion, located in Amsterdam Nieuw-West is RADION; a cultural platform and club based in a former dentist building. The industrial looking club caters two rooms: one main room downstairs and an intimate diagonal dance floor upstairs.

Eye, sitting on the northern bank of the IJ river, EYE is Amsterdam’s film museum and arthouse cinema. Opposite the Amsterdam Central Station, you will find this beautifully designed landmark location that can be reached after a short ferry ride.

Bimhuis, next to the Muziekgebouw you will find the eye-catching elevated structure that is Bimhuis; a world-famous concert space for jazz, improv and world music of all sorts.

Any location you go at the Dekmantel festival will have its own character and scenic flavour which will just add to the excitement and adventure experience that you will feel. If you do decide to go you will realize that you are not at an ordinary festival, with an ordinary culture.