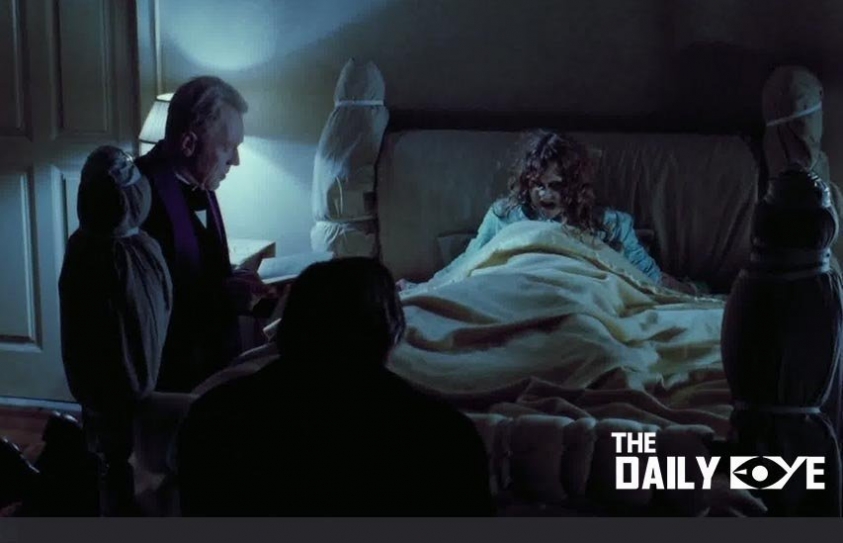 Can Children Really Scare You?

There’s something exquisitely dreadful about scary little kids. You don't expect children to be vicious killers—but they’re also not supposed to die young and lurch back from the grave with a vengeance. Horror movies, of course, can’t get enough of ’em!

To name a few, A Nightmare on Elm Street features the jump-roping girls who sing the world’s scariest nursery rhyme (“One, two, Freddy’s coming for you...”) and are presumably victims of the Elm Street maniac. They never do much of anything other than appear in ghostly slo-mo. But they’re like an early Freddy warning system: anytime they show up, ol’ razor-fingers is never far behind.

Then we have Wee Mob from Who Can Kill a Child? In this gleefully nasty Spanish oddity, a man and his pregnant wife are on vacation, sailing around, when they encounter an island filled with children. Malevolent children, who can pass their bloodthirsty urges to any other child simply by looking at them. This includes looking at babies that haven’t been born yet, which ends up being just as awful as it sounds. Bonus points for having one of the most shamelessly provocative movie titles of all time. 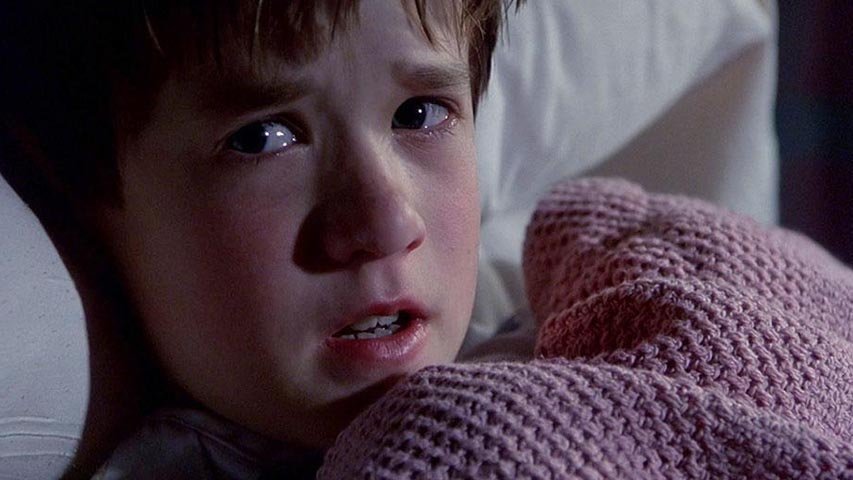 You must be familiar with Cole from The Sixth Sense. Not ringing a bell? This dialogue should - "I see dead people.” Child actor Haley Joel Osment and writer-director M. Night Shyamalan both got Oscar nominations—but only one of the two formed an unbreakable addition to twist endings. Like a few tots on this list, Haley’s character isn’t evil, but you still would not want to babysit him.

Another such film is Ari Aster's Hereditary (coming out this year) which is freaking out everyone. The movie premiered at Sundance, and the audience was not prepared for the sheer amount of terror the film presents. The two-hour-long production is about spirits, hauntings, and a familial curse that just won't go away. People applaud Aster's film for its thrill and originality, but Hereditary isn't like the average scary movie about families. In fact, the film makes The Exorcist look like nothing more than a graphic children's movie.

You may not have had the privilege of seeing Hereditary at Sundance. However, you'll understand the horror various Twitter users expressed after viewing the production first-hand. Starring actress Toni Collette was a creative genius in United States of Tara and in every other role she's been cast. However, her role in Hereditary makes people wish that Collette quit acting before production of the film. It's not because her acting was horrible - rather, she was so good she gave everybody nightmares.

“Children represent the future,” historian Eleanor Betts, author of Understanding Children Who Killed, points out. “And when there’s new technology, fear of the unknown, attention turns to how it affects children. So, in the 90s, you’ve got video games; in the 19th century, they had the same fears about cheap literature, Penny Dreadfuls, and the idea that children might read it and try to relive these violent adventures in real life.” Childhood is a convenient site on which to play out anxieties about a changing world.

Childhood, rather than being a mitigating factor, actually makes every crime worse, defiling not just its victim but all of us, since it has destroyed our faith in innocence. All the normal concessions made to youth – that it may be a bit delinquent, and at the very least lack impulse control; those shoulder-shrugging kids-will-be-kids truisms that suck oxygen from outrage and make everything a little bit boring – are suspended. If a child is purely bad, then the more strongly we react against it, the more purely good we become.