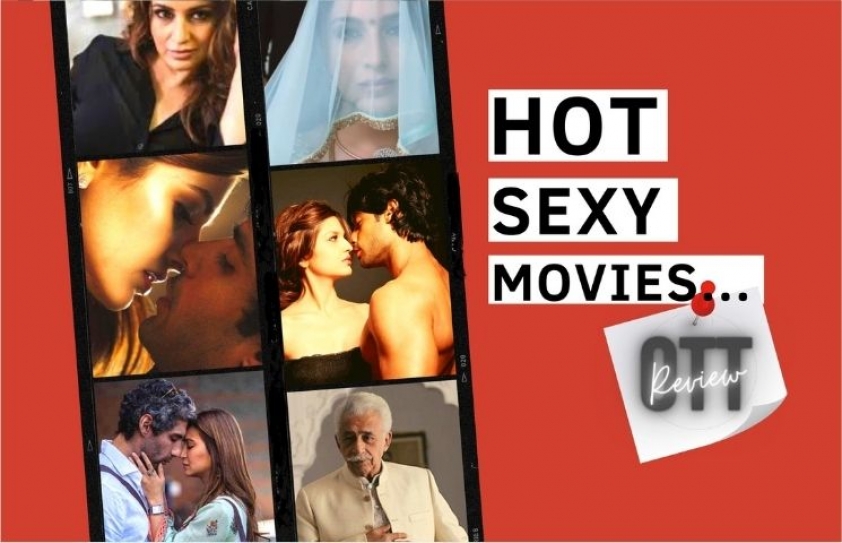 Feeling quite like Robinson Crusoe, stranded on an OTT island, one lonelyish evening, I strive to spice up my life by cruising on the treasure of pleasure. Aha, that’s because I discovered an hitherto unexplored category on dear Amazon Prime Video, quite tantalising called HOT SEXY MOVIES.

Waah, streaming channels do cater to the basic instincts. So, drawing the curtains, ensuring saucy solitude, I clicked into the slot where, let’s say bold and beautiful fare was just a click away. Yaaay! Alas, that turned out to be close to neigh. Here’s why oh why. 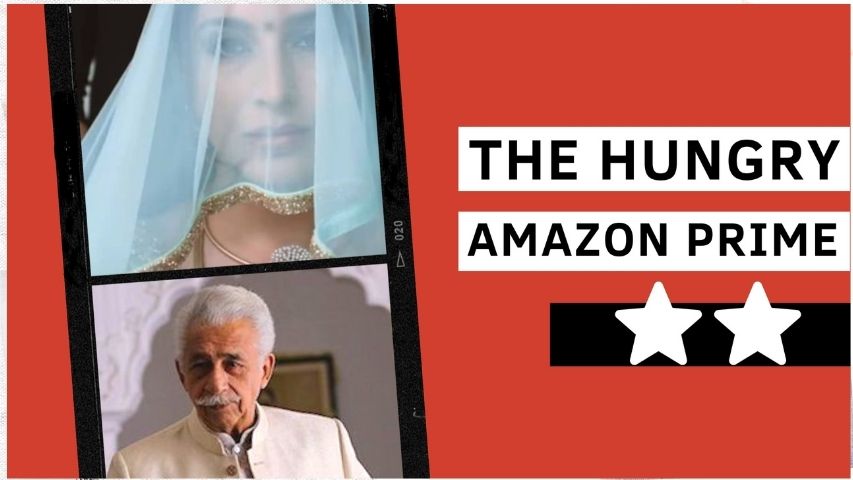 The two stars are just about.

Jeepers creepers here’s a 2017 take on the immortal Shakespeare’s 16th century’s play The Lamentable Tragedy of Titus Adronicus, chonicled as the bard’s first but least respected tragedies. Reason: it was found too violent and blood-swilling. Later it was re-assessed and found acceptable.

Director Bornila Chatterjee takes over the baton from Vishal Bharadwaj, as Indian cinema’s Shakespeare No. 1 fan. Commendable - there should be no monopoly in content material after all. The “Hot Sexy” label even suggested that Titus sir would receive an unusual Sexpeare treatment. Banish the thought, faaast friends.

Because you do get to view a gore-gush including a ketchupy dead body in a bath-tub, snatches of mild - as opposed to wild - nocturnal frolics, a tense sequence of the dicing of veggies for a paneer sashlik which at the dining table magically alters to tandoori murghi morsels and a surreal vignette of goats. Presumably the goats, who allude to the hungry blazoned in the title, attack a banquet of edibles with tremendous gusto, oddly reminding you of British director Peter Greenway’s  The Cook, The Thief, His Wife and Her Lover (1989). The starved goats, by the way, did get my goatee. What a way to earn a daily roomali roti.

Those dear goats apart, you meet an assembly of super haughty, well-to-do people who’re warring over a booty of stocks and shares in a way more aggressive mode than Hansal Mehta’s avatar of Harshad Mehta. In the vast ocean of faces, you manage to single out Naseeruddin Shah, who dignifies the project by his faultless performance. A policy of fair is foul and foul is fair is pursued by this greedy business tycoon-cum-occasional chef.

Giving him tough competition in the greed steaks, there’s Tisca Chopra (efficient as always) who’s about to wed an American-accented dude who looks as if he could tear his hair over the feud. The elaborate scene detailing Ms Chopra’s make-up prep for the wedding ceremony is, in fact, executed with a rare calm, serving as a balm on your already shredded nerves. Otherwise, The Hungry is mostly tremble-tremble.

Exiting and entering out of a cool haveli’s walls, you lose sight of the plethora of characters, their motives, hidden desires and the Grimms’ Fairy Tales expressions on their visage.

Cut to Neeraj Kabir who’s meant to look duplicitous and does. Jayant Kripalani generally goes, “Ho ho ho” like an early bird Santa Claus. Sayani Gupta constantly appears to nurse a debt wish, not to forget a kitchen help who brandishes a chopper (or was it turkey carving knife?) while flashing pressure cooker steam from her eyes. Sigh the sighs.

Nope, the Amazon category executive in charge got the category totally wrong. In the event, have your Robinson Crusoe pined instead for a partner, haughty or humble, to play a round of ping pong. 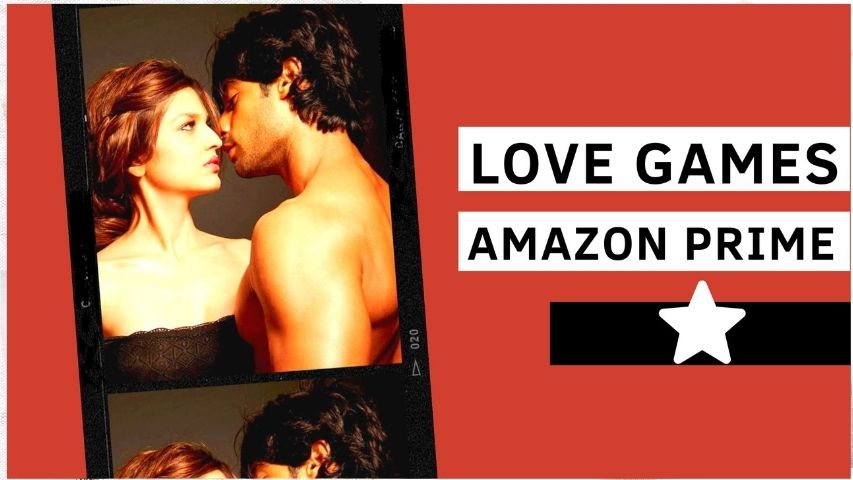 With a title like that, and the persistent illicit love game-player Vikram Bhatt at the helm, this Love business, at least promised to deliver scorching kisses, a roundelay of shifty partners and slick-chic interior décor in Mumbai high-rises. To be fair, these mandatory ingredients are served dutifully in this 2016 sexcapade. Still, it’s at the cost of you suppressing a thousand huge yawns since practically everyone on the scene is a pawn in the predictable plot. Hardly taut.

PS: Vikram Bhatt sir is an intelligent mind and a technically agile filmmaker (flashback to Ghulam of Aati Kya Khandala fame). Whatever prompts him to keep on this love-hate-love track beats me. Enough of these Raazberry flicks, please. 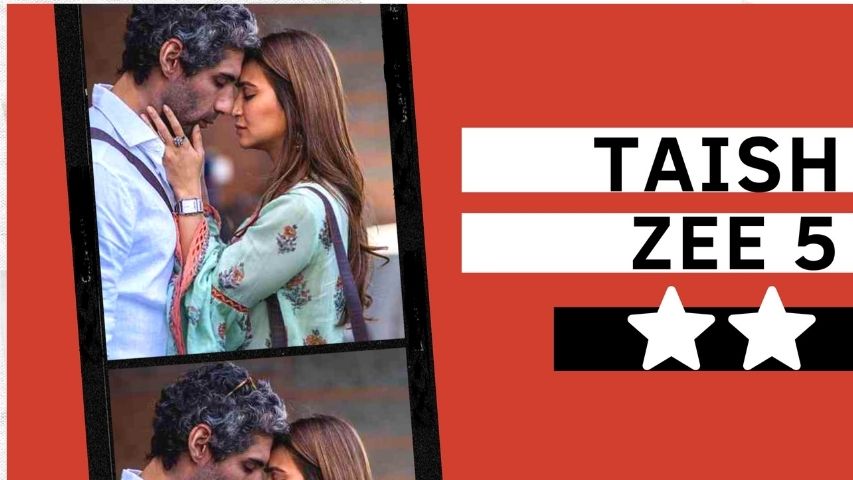 The two stars maybe too much?

Now that’s essentially because of the cool photography of the London locations and the toasty-crisp editing in this ode to the title, which translates as Rage.

Showing simultaneously as a stand-alone feature film and a six-episode series - don’t ask why - director Bejoy Nambiar (best recalled for Shaitaan and David) flies you to the U.K. where a war cry has been declared by two clans of gangsters, sparked by a tu tu main main in a restroom. Entirely bad timing that, since a wedding is in the works, as it was in - you guessed right - The Godfather.

Nambiar does have a gift for creating quirky characters and a busier-than-a-thousand-bees narrative. Snafu is that they get lost in translation, forcing you to wonder who’s-who bhaisaab?

Be that as it may, if you have a taste for angry youngish men, women of spine, a high body count and a fusillade of bullets and peppery lingo, then go ahead and make your day. I sampled the web series, as it happened and it was, at most, endurable.

The acting crew comprising Abhimanyu Singh (the most convincing of the lot), Jim Sarbh, Pulkit Samrat, Harshvardhan Rane and the nicely-nuanced Sanjeeda Shaikh do keep your interest rooted. Unfortunately, the story-line doesn’t.

But then, that’s how it is in the OTT world. To find a binge-worthy series is becoming more difficult than to request the couldn’t-care-less sorts to wear a mask and maintain a social distance. Please.