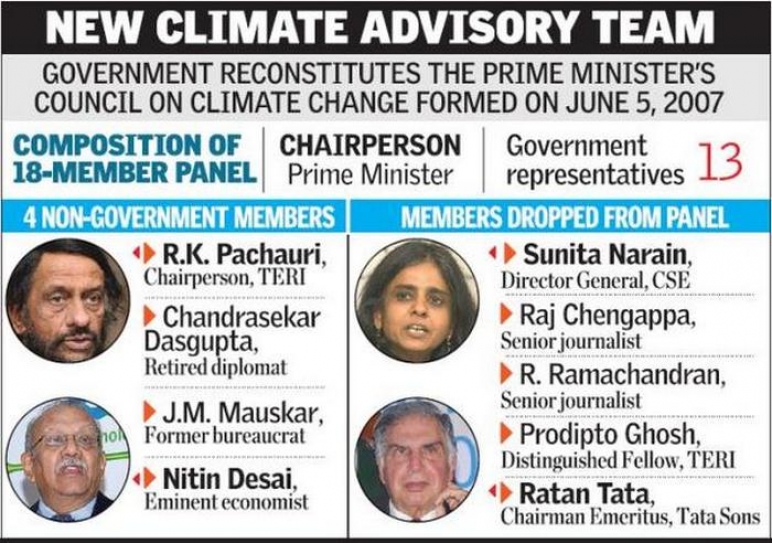 The Union government reconstituted the Prime Minister?s Council on Climate Change on Wednesday to coordinate the National Action Plan for Assessment, Adaptation and Mitigation of Climate Change.

The 18-member council retains R.K. Pachauri, Chairperson of the Inter-governmental Panel on Climate Change; Chandrashekhar Dasgupta, Distinguished Fellow, TERI; and Nitin Desai, economist. Raj Chengappa and R. Ramachandran, journalists; Sunita Narain, director-general of the Centre for Science and Environment; Ratan Tata, industrialist; and the former Environment Secretary Prodipto Ghosh have been dropped. It has re-nominated Ajay Mathur, head of the Bureau of Energy Efficiency, and included the Union Ministers for Coal and Power and Urban Development. The United Progressive Alliance (UPA) constituted the council first in 2007, but it had not met for over three years. Official sources said the attempt was to revive and streamline the council and set the agenda to deal with climate change.