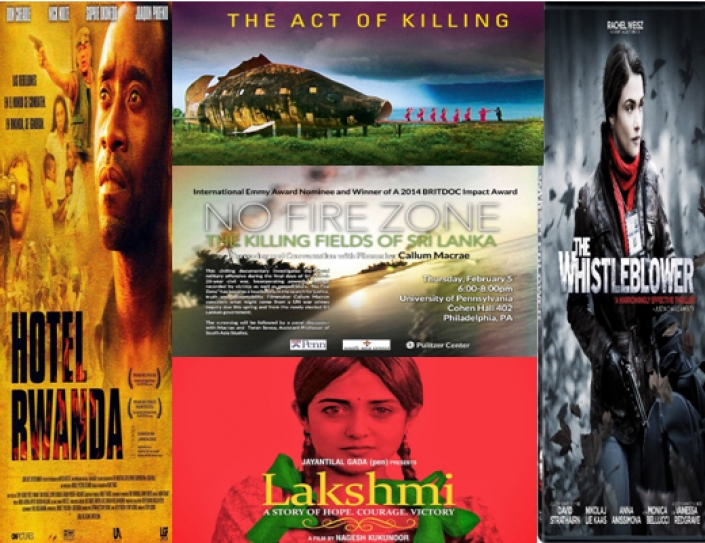 Human rights are inviolable. The Indian Constitution has held sacred the rights of the people when it comes to Right to Equality, Protection and so on. International bodies have their additional protocols in place for the preservation of the same. Despite the safeguards and framework, we witness the excesses perpetuated against humanity with little relief provided to ameliorate their suffering. The relentless coverage of their misery has led to desensitisation among the viewers.

Yet, every once in a while comes a film and filmmaker to shake the audiences out of their stupor. This month’s list enumerates the top 5 films on the subject of human rights.

1.Sri Lanka’s Killing Fields (2011, Callum Macrae): This investigative documentary on the Sri Lankan Civil War shocked the international community. Depicting the final weeks of the war in 2009, the film courted controversy over its scenes of gruesome violence and also from certain sectors for its dubious credibility. Though the mobile phone footage is regarded as evidence of the government’s atrocities against the Tamilians, the Sri Lankan officials felt compelled to make their office documentary Lies Agreed Upon in response.

2. The Whistleblower (2010, Larysa Kondracki): Set against the backdrop of Bosnia and Herzegovina post-war, it is a true account of Kathryn Bolkovac’s fight to expose the truth. A UN peacekeeper for DynCorp International, she arrived in the conflict-ridden region to uncover a human trafficking ring, exploited by her colleagues. She tries her best to shield the innocents but learns a tragic lesson – sometimes you cannot save everyone. However, you can share your story. This is hers, making the film a remarkably sensitive and gritty debut for LarysaKondracki.

3.The Act of Killing (2012, Joshua Oppen heimer): The film tracks a few perpetrators of the 1965-66 Indonesian genocide. Little detail is provided by the makers on the anti-communist purge that claimed an estimated half a million lives. The horror is instead recreated by the killers who describe their methodology and instruments of torture used on their condemned victims. Surreal, slow-paced and repetitive for some, The Act of Killing may not be a film for everyone but can be watched for the remorselessness of those who murder. Watch out for the end.

4.Laxmi(2014, Nagesh Kukunoor): Though it polarised the critics, Laxmi won its share of accolades for its portrayal of child sex trafficking. Singer Monali Thakur makes for endearing casting in a film that might repel you by being exploitative or stir you with its brutal ground realities. Not a perfect film by a stretch (either with its characters’ accents or legalities) but not entirely deserving of being overlooked either.

5.Hotel Rwanda (2004, Terry George): Don Cheadle plays Paul Rusesabagina, the assistant hotel manager of Hôtel des Mille Collines in the Rwandan capital of Kigali. He belongs to the Hutu ethnic group from his father’s side while his wife Tatiana is Tutsi, like his mother. Violence erupts between the two ethnic groups and the couple bear silent witnesses until the Interahamwe, a Hutu militia, threaten his neighbours and innocent lives. In an intense scene where he is almost compelled to shoot them, Paul desperately bargains for their lives. This begins a long journey where he shelters 1,268 Rwandan refugees at the hotel. While versions on his true selflessness may be conflicted, the real Paul Rusesabagina has received accolades for his humanitarian role during the 1994 Rwandan genocide (which allegedly left a million corpses in its wake). The film is considered as Africa’s own Schindler’s List.

With this, the April list is concluded. The Daily Eye bids adieu and hopes you have a good month at the movies until we meet again with another topical listicle.