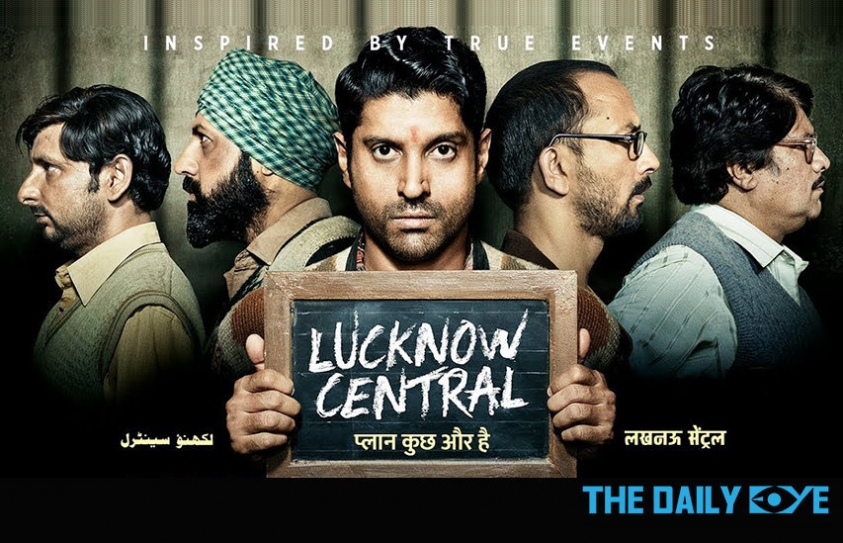 We must start taking off our Condemnatory lenses. – Lucknow Central

Lucknow Central is inspired from true events of the band called “Healing Hearts” and still continues to perform till date. The story is about 5 guys trying to break out of prison. There’s drama, emotions and comedy. If you’ve seen Qaidi Band already you might have a little glimpse of the story repeating. But Lucknow Central is executed differently and is more progressed.

Kishen (Farhan Akhtar) is the guy who is passionate about music. Always has a dream of recording an album. But unfortunately he is incarcerated for lifetime for a murder that he did not commit. He is in Moradabad and from there he gets transferred to the Lucknow Jail where he is welcomed by a stringent jailer Shrivastva. Later there is a music band competition, which is to be hosted at the Lucknow Central Jail. For which, a band has to be formed to represent Lucknow Central. Diana Penty who works as an activist and believes in the reformation of prisoners is given the responsibility of forming the band. Kishen is the first one who volunteers himself as initially that’s what he always wanted. But there is a hidden agenda behind it, and that is to break out from prison. Later, after a lot of convincing he manages to rope in four guys along with him, Pammi (Gippy Grewal), Victor (Deepak Dobriyal), Panditji (Rajesh Sharma), Dikhatt (Inaamlhaq).

It is fun to watch Ravi Kishan make a decent come back in a Bollywood movie. He is funny and amusing to watch. The characters have been sketched out agreeably. Just to our surprise Deepak Dobriyal is not the only guy who is responsible to make the movie entertaining. He’s shown as a Bengali who has the absolute suitable Bengali traits and perceptions. There’s a moment in the film where he asks the guy who is teaching them music, ‘Are you Bengali?' and also says ‘If you’re not Bengali why will you teach us Music?’. Ronit Roy’s performance as the fuming and proud scornful jailer is suitable.

The thing that actually makes Lucknow Central different is that the characters acting as prisoners find a reason to live in and cease the craving to live free outside, and realize that the outside world has started seeing them with judgmental eyes and calling them out as prisoners. Instead they become best of friends and that moment is good to look at and heart warming.

And it gives an overview that humans do make mistakes, and it is not always intentional. Some prisoners do have the right to live their life when life is all about second chances. We just need to take off our condemnatory lenses and start looking at them just like us. Like Humans!