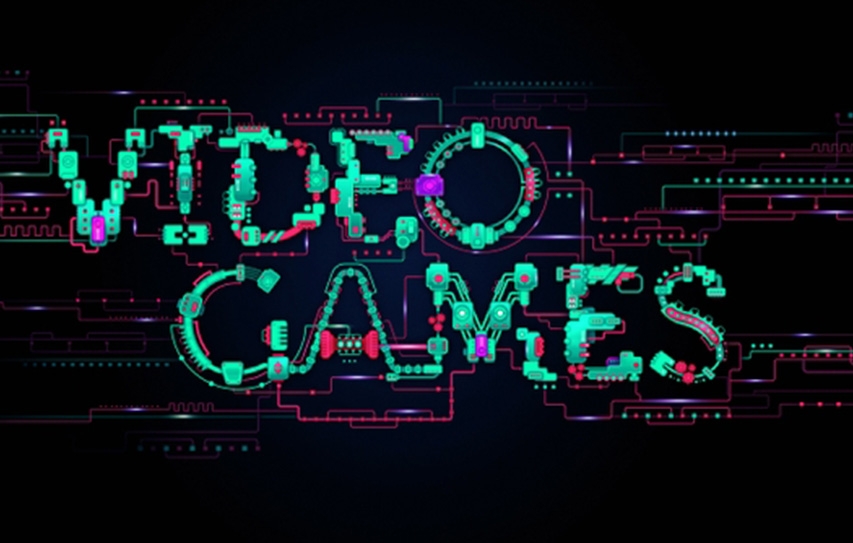 Who said playing games is waste of time?

Throughout the last twenty or thirty years, parents around the world have been putting limitations on the amount of time their children spend playing games. Many a times, parents would punish misbehaviour of their wards by banning them from playing computer games and instead send them off to their rooms to go study. It should have always been the other way. The benefits of playing computer games is definitely something all parents should be cognizant of.

Computer games have come a long way since the times of Tetris and Pong. Today we live in a world of games that have gone beyond the simple 2D vector representations into an amalgamation of stunning 3D graphics, augmented virtual reality devices and multi-user interaction. The gaming industry today in India is valued at $676 Million and the US market has recorded sales revenue of close to $10.5 Billion in the last year alone. With the industry growing at such levels, it becomes imperative for gamers and industry insiders to understand the demand of the industry and what gaming will move towards in the coming future. Games have often been looked as modes of entertainment to escape into beautiful virtual worlds, filled with mystical creatures and puzzling story arcs that keep players glued to their screens. Games such as World of Warcraft and StarCraft have garnered millions of players with billions of hours of playing time dedicated to their games. It has been noted that several players of these Massively Multiplayer Online Role Playing Games (MMORPGs) have battled issues such as depression and withdrawal symptoms when they are unable to play these games (http://youtu.be/ijNohhowpl I watch this video to see a boy go bonkers after his mum deleted his Warcraft account). If you think about this closely, as games can have such negative psychological effects on their players, can games also be used to effect positive psychological responses such as increased sociability, increased creativity, spatial and rational thinking and greater levels of attention.

This idea has led to a great surge in interactive game models that use the notions of physics, chemistry and biology through specially created story arcs to encourage learning. An organization that was set up in 2004 in the USA called Games for Change has been spearheading the discourse for games that provide a social impact and serve as tools for humanitarian and educational efforts.

Let’s take a look at some of the games that are going beyond the mandate of traditional gaming as a means of entertainment and are creating behavioral and attitudinal changes in their audiences.

A game prototype that focuses on the challenges of LGBTQ youth.

A Closed World takes the gameplay aesthetics and mechanics of “JRPGs” (Japanese role playing games) and puts you in control of a character of ambiguous gender that begins exploring a forest on the edge of town. Disregarding rumors of “demons” that exist in the forest who have the ability to “destroy” your village, your character must overcome the hardships of a forbidden relationship by exploring what lies inside the forest. Through this journey, players battle the forest’s “demons” and the ideals they are trying to force upon them. The players’ only defense is their logic, passion, ethics, and the ability to remain calm during conflict. As “demons” attack with their beliefs, they must fight back and defy their ideas of what’s “normal” and what love is supposed to look like.

Take charge of the U.S. 2018 budget, and keep government debt under control.

Budget Hero seeks to provide a values – and fiscal-based lens for citizens to examine policy debates during this election year.  Partisan messages tend to cloud the real issues at play during campaigns, and most candidates are loath to attach detailed financial impacts to solutions which make up their platform. Budget Hero provides an interactive experience involving policy options that have been extensively researched and vetted with non-partisan government and think tank experts to enable players to objectively evaluate candidates.

The Curfew challenges players to examine the freedoms they enjoy.

The Curfew addresses a range of political themes targeted at young people, challenging them to examine the freedoms they currently enjoy and the potential consequences if they do not protect them. The story starts as the player receives important data from a mysterious contact. The contact persuades the player to pass on the data to somebody who will use it to bring down the out of control government. The player proceeds to a safe house where they meet 4 Sub-citizens who are avoiding curfew. Each Citizen has a different story and reason for being in the house that night. By exploring the interactive 3D environments, conversing with characters, playing mini games and solving puzzles the player will progress through the game. There are 3 scenes in each episode and each scene is followed by an interactive questioning round back at the safe house. The player can question the character on the action they have just experienced and will either receive or lose the character’s trust depending on the questioning tactics they employ.

Akrasia is an an abstract representation of addiction.

The game is set in a maze that represents the mind. The maze has two states – a normal and a psychedelic state. To enter the game, the player has to collect a pill-shaped object and thus enters the game as “addict”. From “chasing the dragon” and the experience of dependency to working your way through “cold turkey stage” where willpower is mapped onto navigation skills, this game models the essential dimensions of the addiction gestalt as identified by its creators.

Depending on player behavior and choice, the game can have various outcomes that reflect this behavior. Someone who tries to shake the habit as quickly as possible will find herself in a different situation at the end of the game than someone who indulged in chasing the high. Unlike many other games where the player is forced to learn a specific behavior in order to win the game, this game gives the player a lot of freedom in regard to the realization of the game as text. The interpretation of the game is different depending on how the game is played, thus Akrasia is a prime example of a dynamic, player-dependent meaning generation.

Play as the President of Europe and attempt to reduce your carbon emissions.

Climate Challenge is a single-player game about climate change, playable for free on the BBC website, aimed at young professionals aged 25-35. The game is a sandbox-style strategy game based on real climate change data, where the player can try out different approaches for themselves, learn about the issues and have fun at the same time.

It was designed and developed by Red Redemption Ltd, with scientific advice provided by Oxford University Centre for the Environment (OUCE) and a number of Intergovernmental Panel on Climate Change (IPCC) scientists.

The game was accompanied by scientific notes for further learning and was also used for ongoing scientific research into the effectiveness of computer games as a learning tool.

Thus we can see that gaming has a huge future. Innovative methods to incorporate social issues into gaming will only help the platform grow and will aid minds young and old to understand concepts that would otherwise seem too complex or boring. The gaming spectrum is growing with the ever increasing penetration of smartphones and tablets. Studies show that 35% of time on smartphones and tablets is spen on playing games. Why not learn while you’re at it.