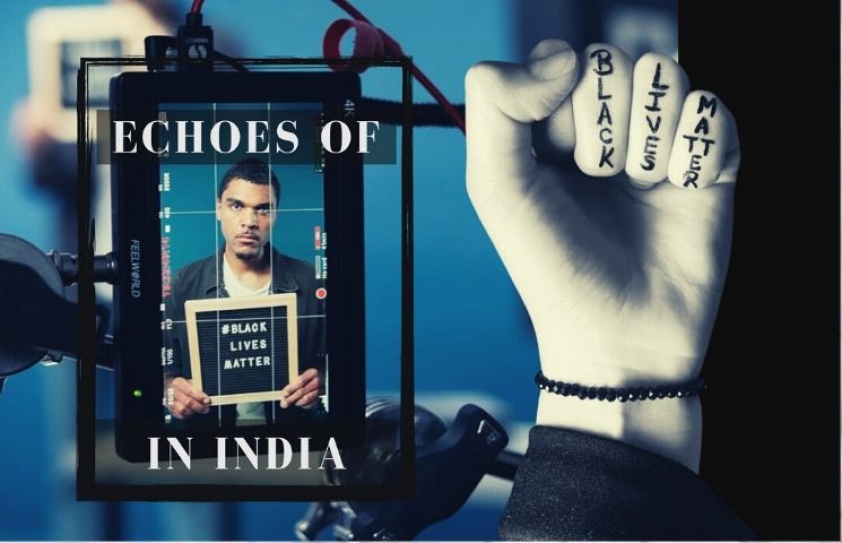 The unrest, the carnage, the protests that shook Trump’s America a few weeks ago, seems to be echoing in India too - though the tremors are much weaker, explains the author Carol Goyal

Call it sympathetic resonance. Or call it heightened selective perception. Suddenly, ‘Black Lives Matter’ seems to be closer home than ever before. The unrest, the carnage, the protests that shook Trump’s America a few weeks ago, seem to be echoing in India too - though the tremors are much weaker, and perhaps a bit more intellectual, and not so pronouncedly or profoundly socio-cultural.

Matrimonial site Shaadi.com has just removed its skin tone filter following a petition filed by a woman named Hetal Lakhani, who claimed that this particular feature reinforced ‘colourism’ and discrimination based on skin tone. Shaadi.com, after some initial denials and browbeating, took notice of the complaint and made the necessary rectification on its website.

The matrimonial search engine will henceforth not allow users to look for partners on the basis of skin color. So ‘gora’ girls will no longer have an advantage over their darker sisters.

Interestingly, Hetal Lakhani is a woman based in Texas, USA.

She apparently gained cognizance of the skin tone filter on Shaadi.com when another woman posted about it on Facebook. Meghan Nagpal, a Shaadi.com user, noticed the complexion feature on the website and discussed it on a Facebook group of which Lakhani was a member too. Nagpal said, “I emailed them (Shaadi.com) and one representative said this is a filter required by most parents.”

After Nagpal sparked the discussion, people in the group were outraged. Lakhani swung into action. “When Meghan shared this on our group I was really shocked because a company usually has a social responsibility”, she stated.

Thereafter, she initiated a petition on Change.org demanding that Shaadi.com “permanently remove its skin color filter to prevent users from selectively searching for matches based on their preferred skin color. “The petition mentioned that the notion that “fairer skin is ‘good’ and darker skin is ‘bad’ is completely irrational,” and could affect the “self-esteem” or “mental health” and even lead to “social exclusion” of those impacted, as also anxiety for their kin.

Social media picked up on it, and within 14 hours the petition had over 1,500 signatures. Shaadi.com fearing a social media backlash quickly removed the offending filter. Campaign India too reported Shaadi.com’s climb-down.

The Lakhani petition comes very close on heels of news last week that Johnson & Johnson’s Neutrogena and Clean & Clear products, which were advertised as dark-spot reducers and were sold in Asia and the Middle East, will soon come off the shelves. The consumer-products giant said last week that it would no longer sell certain products that are advertised as dark-spot reducers but have been used by some purchasers to lighten skin tone.

The product lines, Neutrogena Fine Fairness and Clear Fairness by Clean & Clear, were not distributed in the United States but are sold in Asia and the Middle East, including India. The decision was perhaps sparked by Quaker Oats’ decision to retire the century old Aunt Jemima, the pancake mix and syrup brand, after it acknowledged that its logo, a grinning black woman, was based on a racial stereotype. That it took 131 years for Quaker to figure it out, including the US having had a Black President for two terms is wonder enough!

Shaken by the ‘Black Lives Matter’ push back, the owners of Cream of Wheat, Uncle Ben’s Rice and Mrs. Butterworth’s all said they would be reviewing their packaging and product promise.

Interestingly, despite the entire hullabaloo, Hindustan Unilever, the makers of Fair & Lovely fairness creams, and market leader by far in the genre, have kept a stoic silence. Fair & Lovely was launched in 1975, and is a Rs. 2500 crore brand today.

So deeply rooted is the quest for fair skin that ad-guru Alyque Padamsee was once quoted saying, "Basically it's ingrained in all of us Indians, this fairness thing, and so it kind of markets itself in India, right from the Ramayana and Mahabharata to English literature. Doesn't the Queen in Snow White and Seven Dwarfs say - Mirror mirror on the wall, who’s the fairest of them all? - She doesn't say most beautiful, even Shakespeare does that for all his heroines."

Bhumi Pednekar played a dark-skinned character in the movie Bala. Darkening her skin was mightily trolled on social media. The promotional song, “Pagal ho jaun, jab tu ho rubaru; na uncha lamba, gora chitta, phir bhi dil mein tu” got a lot of ‘woke’ critics up in arms. The 'gora chitta' reference to Ayushmann was seen to be in bad taste. The controversy died down after a bit of venting of frustrations. 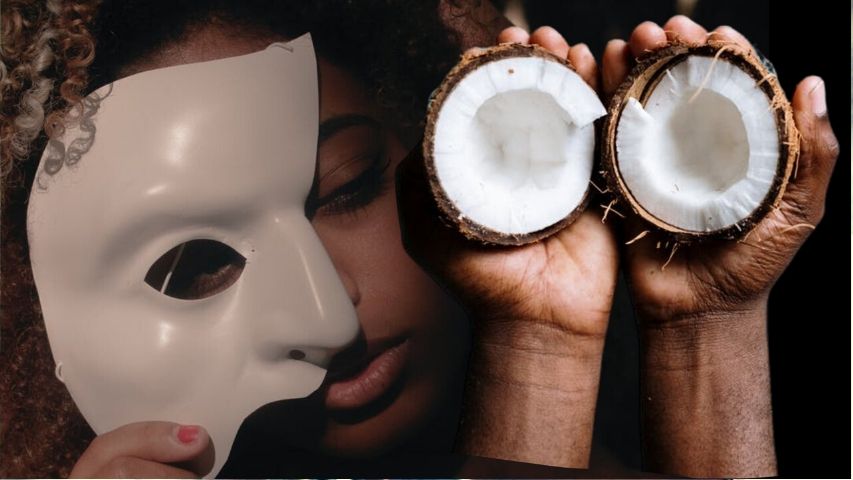 America’s love affair with fair skin is as deep as ours, though many of us may want to deny it. In the introductory page of Gone With the Wind itself, one learns how Scarlett O’ Hara has 'magnolia- white skin - that skin so prized by Southern women and so carefully guarded.' Mammy in fact keeps reminding Scarlett to have the sunbonnet with her always so she does not get freckles! Delicate, fair skin was, and is, an indication of a real woman in the US, no matter what.

Advertising industry watchdog ASCI in 2014 released guidelines for the advertising of skin lightening and fairness products based on the industry and public feedback. ASCI's guidelines were supposed to go a long way in ensuring that advertisements of products in this category do not depict people with dark skin as somehow inferior to those who are fairer. The advertising, ASCI said, should not associate darker or lighter color skin with any particular socio-economic strata, caste, community, religion, profession or ethnicity and it should not perpetuate gender based discrimination because of skin color.

The intent was that ads should not reinforce negative social stereotyping on the basis of skin color. Specifically, advertising should not directly or implicitly show people with darker skin, in a way, which is widely seen as unattractive, unhappy, depressed or concerned.

It, in fact, added then that these ads should not portray people with darker skin, in a way which is widely seen as, at a disadvantage of any kind, or inferior, or unsuccessful in any aspect of life particularly in relation to being attractive to the opposite sex, matrimony, job placement, promotions and other prospects.

It has been six years since the guidelines were announced. Nothing much changed. Despite Hetal Lakhani’s brave crusading, and Nandita Das’ championing the cause of ‘Dark is Beautiful’, and Abhay Deol’s criticism of color bias in Bollywood, nothing material has happened in society, in our attitudes or our portrayals.

Sure some sites or products will feel some reverberations of global events but the who’s who list of those who have endorsed fairness products runs like the Honors Roll of the celebrity business. All of the following have done their bit to champion fairness.

Oops! There may still be more. Only Mr. Bachchan seems to be missing.

Even our songs, popular ones like Chittiyaan Kalaiyaan and Ambarsariya eulogize white wrists! Even a “Kala Chashma” looks best on a “gora mukhda”!!!

It is sad, but it is true, that bias that has colored our minds and hearts, even our souls, for generations cannot be banished by petitions that get buttons or tabs to be withdrawn. The malaise is much deeper. There are no easy solutions.

If, as I said before, a Black President in the US cannot make Black Lives Matter, then all we can take solace in is the Lady Gaga song:

“I'm beautiful in my way 'Cause God makes no mistakes

I'm on the right track, baby I was born this way

Don't hide yourself in regret Just love yourself and you're set

Oh there ain't no other way

Baby I was born this way

Baby I was born this way

Right track baby I was born this way...”

Or one can take a very Punjabi view of it all! And say,