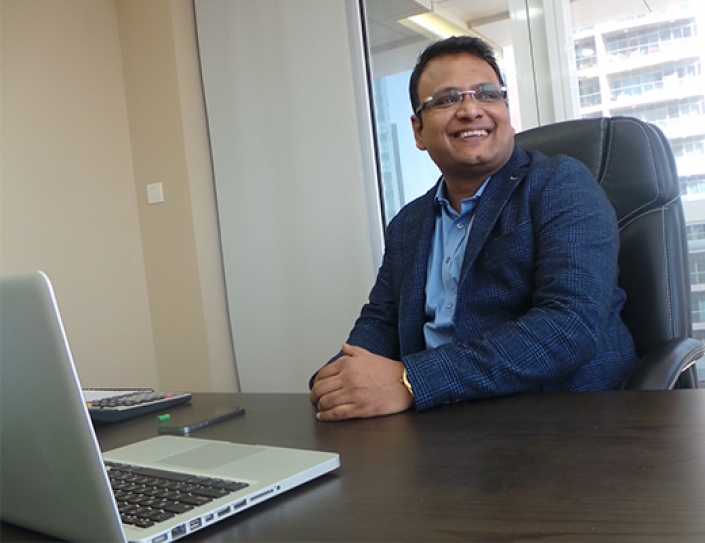 Mumbai, April 28, 2015: Manish Mundra, producer of award winning films such as Aankho Dekhi, Umrika and Dhanak, has appointed Shiladitya Bora as the CEO of his production house Drishyam Films.

Mundra’sDrishyam has been behind some of the most critically acclaimed films of the year which have also won accolades at prestigious foreign film festivals. Umrika, directed by Prashant Nair, won the Audience Award in the World Dramatic Competition section of the Sundance Film Festival in January while Dhanak, directed by NageshKukunoor, won the Grand Jury prize, as well as, a Special Mention from the Children’s Jury of the Berlin Film Festival. Mundra-produced NeerajGhaywan’sMasaan will have its world premiere as an official selection in the Un Certain Regard section of the Cannes Film Festival this year.

Mundra has earlier appointed Srinivasan Narayanan, the outgoing festival director of Mumbai Film Festival (MAMI) as Chief Mentor of the company. Narayanan, who led MAMI for six years during which it grew manifold in reach and influence, has been instrumental in setting up Drishyam Sundance Institute Screenwriters’ Lab, a collaboration between Mundra’s company and Sundance Institute to nurture Indian screenwriting talent. With experience of four decades behind him in the fields of festivals, distribution, production and international sales, Narayanan will guide the young team in evolving Drishyam into a leading motion picture studio of the country.

Bora, an alumni of Mudra Institute of Communication, Ahmedabad, earlier conceptualised and successfully ran country’s leading indie release banner PVR Director’s Rare, during his stint with the PVR Group. He was instrumental in the theatrical release and distribution of more than 84 independent films including cult indie favourites like SulemaniKeeda and Moonrise Kingdom, Oscar winners like Amour and Inside Llewyn Davis, and acclaimed documentaries like Fire in the Blood and Supermen of  Malegaon. Selected for the prestigious Berlinale Talents programme at the 2015 Berlinale, Bora, had recently gone solo with a specialty distribution banner called Long Live Cinema, which is responsible for bringing acclaimed films like Court and documentaries like In Their Shoes to Indian screens.

With Bora on board, Mundra plans to build Drishyam Films into a self-sustaining studio on the lines of Miramax and take the core vision of championing good content to the next level.

“In the very first year, Drishyam has established itself as a distinct and powerful voice in the Indian independent film scene. The challenge ahead is to build upon our achievements and create a self sustaining eco system for content-driven cinema. Shiladitya, apart from his expertise in the field of distribution and production, brings in tremendous energy and passion for cinema on board and that’s what makes him the best person around for the role.” says Manish Mundra.

“What Manish has achieved in a short span of time in the independent cinema space is phenomenal. I share his vision of content-driven high quality films. I have collaborated with him earlier on a couple of projects and have greatly enjoyed working with him. I take this opportunity as a challenge to evolve Manish’s vision of turning Drishyam into an integrated motion picture studio that’s synonymous with high quality content which travels far and wide and also engages audiences back home.”, says Shiladitya Bora.

The team also has an interesting line up to look forward to this year with Waiting directed by Anu Menon and X-the film, an experimental collaborative feature directed by eleven Indian filmmakers.