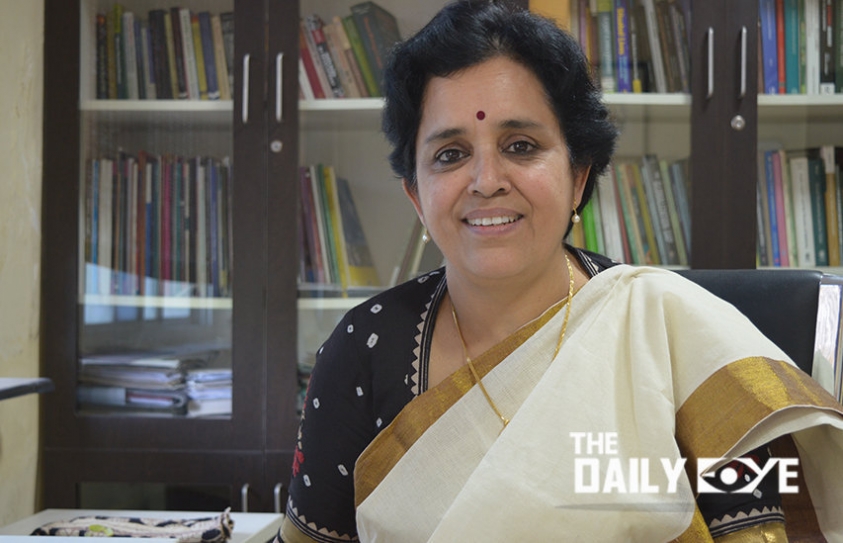 Dr Lakshmi Lingam: A Person with long years of Experience in Public Policy Advocacy Work in Women’s Movements in India

“The mobile phone is a revolutionary artefact of our times: it represents a great potential for reshaping social relations and enhancing personal growth,” says Dr Lakshmi Lingam.

India has more than 50% of its population below the age of 25 and more than 65% below the age of 35. It is expected that, in 2020, the average age of an Indian will be 29 years, compared to 37 for China and 48 for Japan. As per the last Census Report, every fifth person in India is an adolescent (10-19 years) and every third – a young person (10-24 years), therefore investing in this segment of population is the best way to leverage the nation’s competitive advantage – its demographic dividend.

According to Karin Hulshof, Representative UNICEF India, “Today, 1.2 billion adolescents stand at the crossroads between childhood and the adult world. Around 243 million of them live in India. As they stand at these crossroads, so do societies at large – the crossroads between losing out on the potential of a generation or nurturing them to transform society. As adolescents flourish, so do their communities, and all of us have a collective responsibility in ensuring that adolescence does in fact become an age of opportunity. In India adolescents, young people between the ages of 10 and 19, account for nearly one quarter of the total population. They deserve our attention as they hold the key to breaking entrenched cycles of poverty, inequality and deprivation. Children who are marginalized or poor are less likely to transition to secondary education and are more likely to experience violence, abuse and exploitation.” 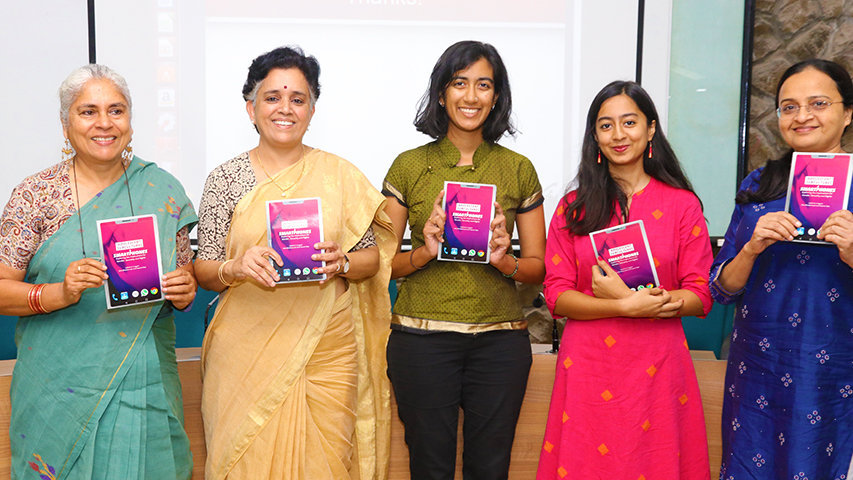 So when Dr Lakshmi Lingam, a dear colleague at CORO, a Non-Governmental Organisation, where both of us serve on the board of trustees under the dynamic leadership of Sujata Khandekar, Founding Director and Trustee CORO, was working on a study with UNICEF India, to understand the impact of the mobile phone revolution upon the young populations of India, I was curious to know much more. So here below is a conversation that I had about her latest study, and which to my understanding is particularly significant for content creators and leaderships of the business of media and entertainment in India.

Vinta: At first our readers, most of who belong to creative communities worldwide, would like to know some more about you, so please give us a view to your background and what has brought you this place at TISS?
​Lakshmi: I joined TISS in 1988 after completing my PhD from IIT-Bombay. I have been with the same Institute for more than 30 years. I have long years of experience teaching, doing research, guiding research, training, consulting and public policy advocacy work in the women's movements in the country. I have also contributed to research administration as a Dean, Research and Development and to academic administration as Deputy Director, TISS Hyderabad. I was the first Deputy Director given the responsibility to set up a new campus of TISS in Hyderabad. ​

​Vinta: What do you see are the changes in the development sector and in field of education?
Lakshmi: This is a very expansive question worth writing couple of papers, but I shall attempt to answer in a nutshell.

Over the past three decades, several key development areas (education, health, nutrition, wellbeing, water, sanitation, social protection policies, skilling and women's empowerment) have attained greater relevance and significance. Countries cannot claim economic development and growth without having achieved high on the human development and gender indicators. India's growth story cannot be built on the unpaid labour of women, marginalized groups and natural resources. I think social sciences and particularly applied social sciences, like the subjects that we pursue at TISS address these issues directly from an equity, rights and justice perspective. Focus on social, cultural and behavioral aspects have been also gaining greater attention of professionals from other professions as well.

​Vinta: How has the mobile revolution impacted communications work at the grassroots?
Lakshmi: The mobile phone is a revolutionary artefact of our times: it represents a great potential for reshaping social relations and enhancing personal growth. This is especially true for youth and adolescents, who are the fastest-growing consumers of mobile technology in India. ​The multiple applications that are possible with the access to mobile phones, I think are revolutionizing access to information, decision making and aspirations. Possession of mobile phones is aspirational and provides an interesting level playing field at an affordable price. The old Bollywood dialogue between rich and poor can be reinvented as -mere pass bungalow hai, gadi hai, property hai, bank balance hai, tumhare pass kya hai? A poor person can say -mere pass mobile phone hai! (I have bungalow, car, property and bank balance, what do you have? And poor person can respond - I have a mobile phone).

​Vinta: Tell us a little about the TISS-UNICEF study on smartphone use by adolescents?
Lakshmi: I was quite intrigued at the way cell phones, particularly smartphones coupled with the internet have taken over our lives in less than a decade. They seem to have brought in a subculture of language, ways of maintaining relationships; breaking relationships; exploring sexuality; performing the everyday; entertainment; shopping; looking for information; teaching; learning; expressing opinions; creating a new persona and identity. However, I found that parallel there is a discourse of associating morbidity and bemoaning the loss of time, genuineness in relationships; exhibitionism and so on. As a social scientist I was keen on beginning to look at this subject with particular reference to adolescents and young people. I had approached UNICEF, Mumbai, and they had supported me to undertake an exploratory study.

Vinta: Can you share some key insights which you gathered during the study?
Lakshmi: We had done a review of literature; media analysis and a short primary study. It was interesting to see lot of coherence in the literature and the media representations of the negative effects of the mobile phone. However, the community study, particularly with low income communities, had shown that the experiences are lot more complex, dense and interesting. I wish to pursue this research with samples from more diverse class backgrounds in the future. In terms of key insights, most women I spoke to are thrilled at how the phone enables them to communicate with their family, near and far, without the need to write letters or have letters written or hang around at STD booths. There are conflicting perspectives vis-a-vis the phones held by adolescents and their parents. Concerns around romances, sexual liaisons and elopement on the one hand and safety, security and staying connected on the other, are all attributed to the phones.

Vinta: Who is this study targeted to and how will it help them?
Lakshmi: The focus was on adolescents and young people and the idea is to capture their voices, which are missing in the din of adult worries, concerns and voices.

Vinta: Any thoughts on how the mobile can be leveraged to achieve positive change across issues particularly gender equality, and how does the smartphone empower the young girl according to you?
Lakshmi: In the greater interest of all netizens - young and old - we must work towards creating online spaces that enhance safety and ease risk management rather than veering towards protectionism and restricting young people’s access to the internet. Much needs to be done to ensure that the potential and possibilities that smartphones and the internet open up are engaged with and used in an empowered manner, to avoid worries about addiction; loss of control and loss of focus on everyday realities. This has to be taken up at multiple levels - schools, teachers, families and with young people. Worries around cyber violence needs to be addressed with better response mechanisms. However, cyber-violence which takes place online is actually an extension of violence against women and girls, offline, on an everyday basis. We need to work towards gender-sensitive and violence-free societies and not take the shortcut of bans, controls and surveillance.

Vinta: Also tell us a little about what your plans are in the near as well as far future?
Lakshmi: I am aiming to first write a couple of papers and publish them to bring in a new narrative to the existing discourses. I am keen on working with child rights groups to recognize the rights of children and young people. Measures are to be taken to ensure that all adolescents have access, without discrimination, to different forms of media and support and promote equal access to digital citizenship, including through the promotion of accessible formats for adolescents with disabilities.