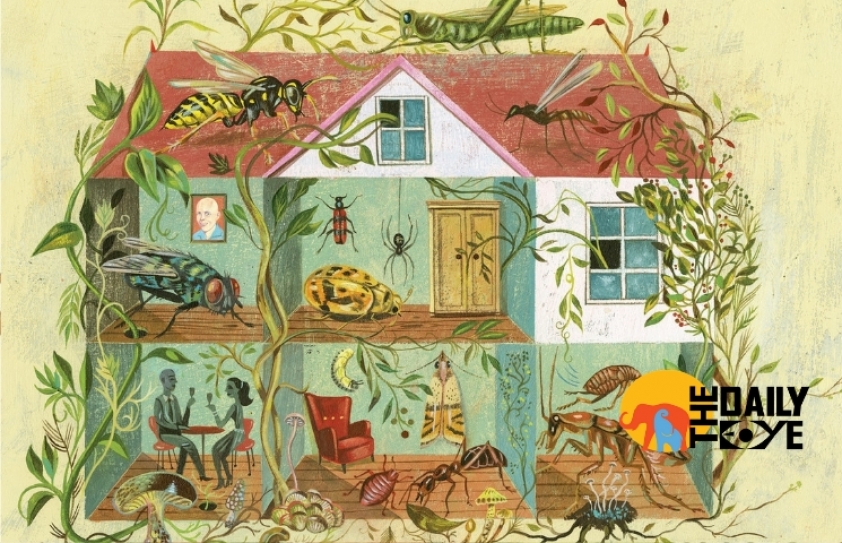 Never Home Alone – more than 5000 other species share your home

Rob Dunn, a 43-year-old American biologist visits a house in Copenhagen to hunt microbial life. He takes a look of Lars Eriksen’s house and makes him realise that he hasn’t been home alone as he been sharing his home with at least 5,000 other species: wasps, flies, spiders, silverfish and an exotic bunch of wild bacteria. He finds excitement with every spider in the corner or each swab of dust. “This dust sample contains bacteria, your body microbes, your wife’s body microbes, your child’s body microbes. If you smoke weed we would find marijuana DNA in there. Everything is visible, but it’s also present in every breath. Every time you inhale, you inhale that story of your home,” he says with delight!

Dunn wants us to study the wildlife in our homes and realise that what we discover should spark much more joy than fear. An article by The Guardian reads ‘when he began working as a biologist he went to the jungle to study wild beasts, but now his research is dedicated to species much closer to home: to the flies, spiders and bacteria hidden in every nook and cranny of our kitchens, bathrooms and basements’. He describes it as “jungle of everyday life” in his new book ‘Never Home Alone’ which will be published on 14th March. 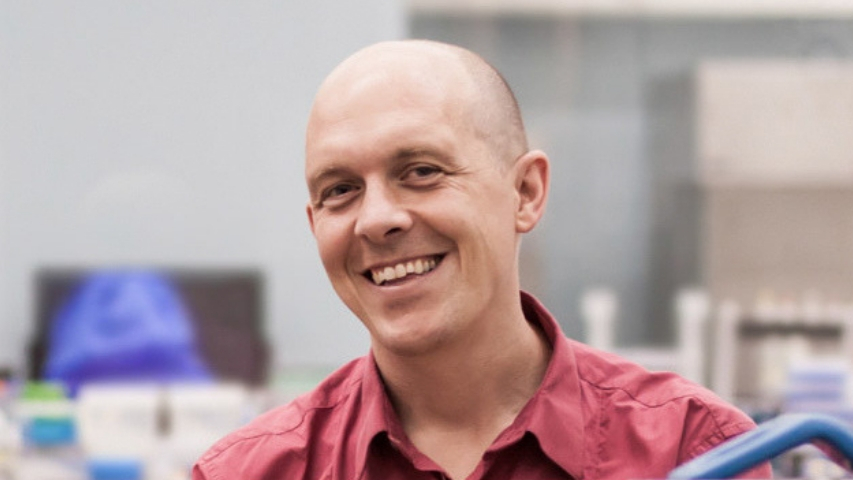 The book tracks how people have been disconnected from the ecosystems of our homes. It’s a book of hard truths. According to Dunn, “The key thing is that your life is going to be full of life. And your only choice is which life. Our default is that we try to kill everything and fill our houses with stuff that’s totally terrible for us. We might kill 99%, but that leaves 1% – and that 1% is never the good stuff.”

Dunn discovers through dusty corners in the 110-year-old house - using a screwdriver and tweezers, he pokes at light fittings and sifts through the basement, which can be a mould-friendly hangout during sticky, wet summers. He spots a globe-shaped lamp hanging in the basement hallway, and in the bottom of the hazy glass cover is a Pollockesque pattern of dead wildlife. He tips the contents of the lamp on to a fold-out table and uses the tweezers to organise the harvest: two types of fly, a wasp, a meal moth, some aphids and various plant hoppers. He takes a closer look at two of the dead flies and says “I can tell they are likely to be the same species, but I don’t know for sure until I look at their genitals.”

Dunn wants us to see our homes the way we see our gardens. He says fewer than 100 species of bacteria; protists and viruses cause nearly all infectious diseases today. We try to keep these in check with vaccinations and antibiotics, and by washing our hands. But that leaves us with a jungle of tens of thousands of other species, many of which we know little about, but which Dunn’s work suggests can often be more beneficial than harmful. Studies show that a higher diversity of bacteria on people’s skin can reduce the risk of allergies. He also mentions the discovery of a bug that could be a new source of useful enzymes: by testing the microbes in the gut of the camel cricket, found in many American homes, Dunn’s research team discovered bacteria that were able to break down industrial waste and turn it into energy.

Whether we like it or not, the species living in our homes are a measure of our lives, says Dunn, and his biggest fear is that we risk killing off that biodiversity. “If spiders scare the hell out of you, but you are willing to have one living in the corner, and maybe approach it sometimes to keep an eye on it, then that’s great. That’s much better than if your response is to jump away from it and spray pesticides all over your home, because that will only favour species that cause us harm and are resistant to pesticides. But it’s not easy. This book won’t solve [the problem], but maybe it will open some new conversations.”

Dunn grew up in rural Michigan, hunting snakes and turtles, building tree forts and being “more curious about nature than your average child”. Today, he is a professor in the department of biological sciences at North Carolina State University. A quick autobiography on Dunn reads: “Most of the living world remains poorly or totally unknown. In my lab we study the species around us in our everyday lives, species we tend to think of us as well known. Most of those species are not well known and so there are many things to discover in your backyard, in your bedroom, or even on your roommate. Some days I work to study these species myself; bending down to figure out whether the fungus on my neighbour’s foot is a new species. More often I spent my time working with students and other researchers to help along their own discoveries. I also write about the world around us, which is a chance to share the stories of the scientists who have devoted their lives to understanding species, organs, cells, genes or ecosystems that influence us every day. In my building alone I am surrounded by biologists who study prairie voles, rare butterflies, fish ovaries, dinosaurs with long, long, claws, the decisions we make when threatened with death, alcoholic fruit flies, fungus farming beetles, and much, much more. It is a good job, this thing called science, silly at times, serious at others, but nearly always good”.