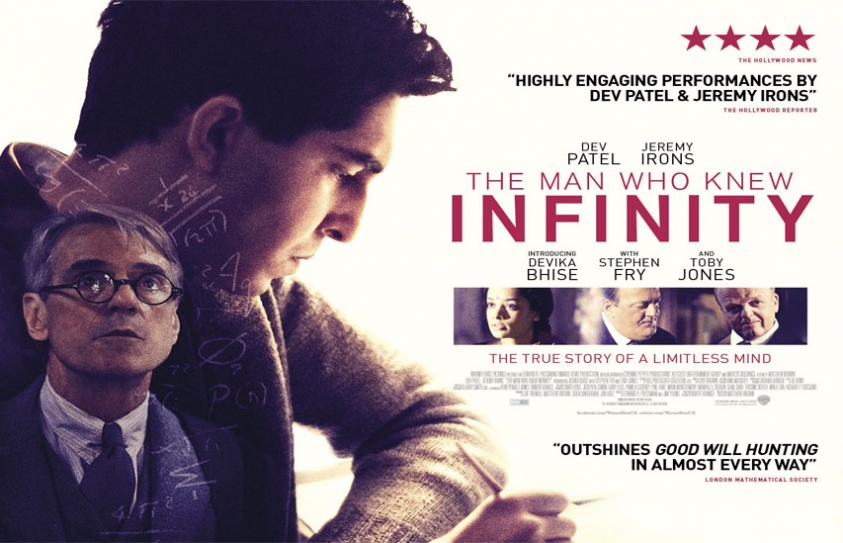 Srinivasa Ramanujan changed the way we look at numbers. The discovery of his lost notebook in 1976 is considered as important a find as Beethoven's tenth symphony. His childhood and turbulent years in school are excluded from the screen-time with a bland beginning - Ramanujan (Dev Patel) scribbling equations on the floor of the temple alcove.

The absence of a degree weakens his job prospects, though he does find employment as a clerk under civil engineer Sir Francis Spring (Stephen Fry in the briefest of cameos). He attacks the work there with gusto, not needing the abacus since the calculations are faster in his head. The brilliance is eventually noticed and a letter is dashed off to Professor GH Hardy (Jeremy Irons), who at first disregards the notion of a scarcely-educated Indian clerk coming up with theorems. He dismisses it as a prank from fellow professor John Littlewood (Toby Jones) but is fascinated when his colleague dispels the misunderstanding. Who was this Indian genius then?

Ramanujan was promptly summoned but not before overcoming the superstition that Brahmins do not travel overseas. Somehow, he subverts the cultural obstacles and familial obligations before hopping onto a ferry that would take him to the ship. "Well, off we go," comments his co-passenger. "6000 miles. Can you imagine?" "I've known greater numbers," replies the mathematician, smiling and unfazed. 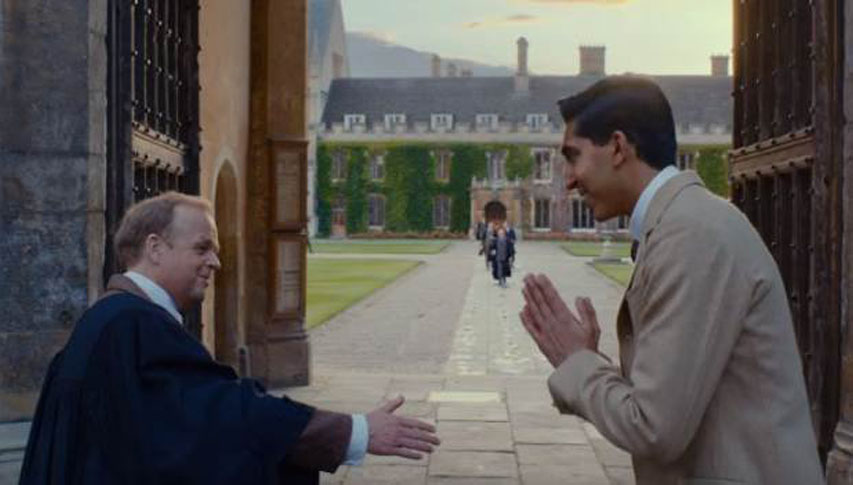 Ramanujan was a conspicuous sight when invited to Trinity College, Cambridge. He was an Indian citizen of a subjugated nation, pitting his mind against the best mathematical brains against the backdrop of a declining colonial empire at the outset of World War I. Ramanujan was also a staunch vegetarian - his adherence to the strict, Brahmanical diet led to deficiencies and health complications, foreshadowing the eventual tragedy of the genius. The rationing during the war and the additional racism did not aid his case.

It was a complete contrast to the atheist, eccentric persona of Prof Hardy, who can barely understand the protégé at first but grows fond of him. Hardy was later to regard his collaboration with Ramanujan as "the one romantic incident in my life."

For a film with such an enigmatic hero for the Western observes and a dramatic backdrop, The Man Who Knew Infinity becomes as formulaic as the subject it painstakingly researched. It hits all the expected beats of a biopic with checkbox precision without further application of imagination or intuition, which Hardy frequently discourages as a tendency in his mentee.

The film is more a hagiographical representation of a gifted mind holding his own against a bigoted society but does not scratch the surface of the protagonist's beginnings. The Man Who Knew Infinity dangles on the precipice of something that could have been far better but leaves you wanting and waiting to be surprised, dazzled, inspired. Instead, the film fizzles out into a predictable conclusion and the mandatory end-credit title cards. It offers facts but by no means any additional insights. At times, the limelight seems more on Hardy instead of the rapport between the two men.

The Man Who Knew Infinity may be a missed opportunity but is a respectful tribute in its own way to the subject. However, the meandering pace and little conflict will leave it palpable only to the most ardent of mathematics aficionados.