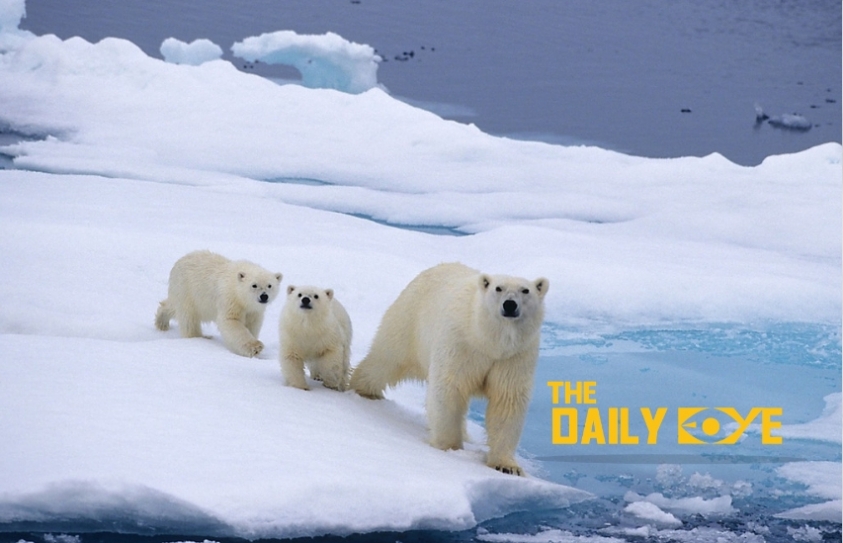 A record of slow ice freeze in the Arctic is causing a dreadful time for the polar bears, a new study published in The Guardian revealed. The study shows that the waters around Svalbard, an archipelago between Norway and the North Pole, have a little over half the average area of ice for this time of year. According to the Norwegian Ice Service, the 172,291 sq km (66,522 sq m) of ice on 14 November was the lowest for this time of year since records began in 1967. The delayed formation of sea ice results in causing the ‘extirpation event’ which denotes the extinction of species that biologists fear. 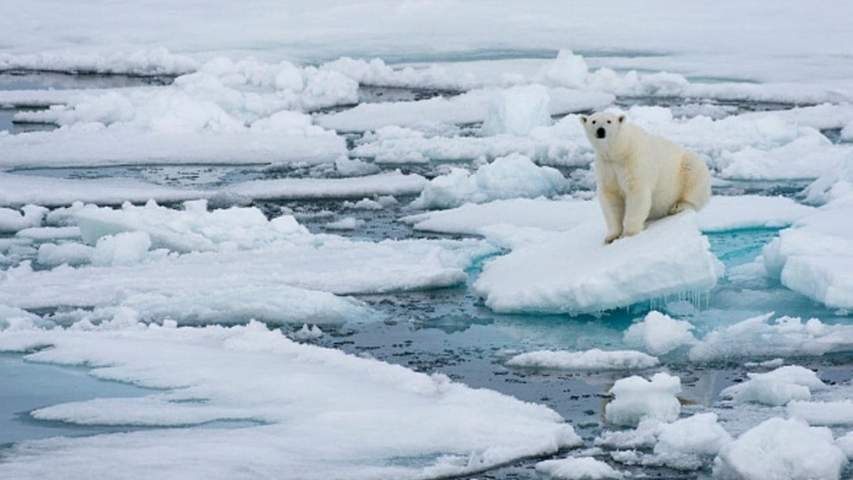 The delayed formation of sea ice results in causing the ‘extirpation event’. (News.com.au)

Although, the North Pole gets no sunlight until March, but an influx of warm air has pushed temperatures in Siberia up by as much as 35C above historical averages this February. Scientists say these shifts of temperature, which are caused by the manmade heating of the globe, are disrupting the behaviour of species that depend on thick winter ice, such as narwhals, seals, belugas and polar bears. Although there has been some ice formation in recent days, it was still the second lowest on record on Thursday.

There are over 19 polar bear populations in the Arctic; Svalbard has close to 2,500 individual bears. This number has been stable for the past 15 years.  The delay of the sea ice formation naturally causes a tough time for those polar bears to hunt for seals which goes very important to them for their living.

“We’re restructuring a whole ecosystem. Sea ice is to the Arctic what soil is to the forest. Without sea ice we’ll still have an ecosystem but it won’t include polar bears and many other species,” tweeted the scientist Andrew Derocher, who has studied the bears for 35 years. “Its sounds like a broken record, reporting record-breaking low sea ice cover in Svalbard. This area has warmed dramatically in recent years. Polar bears here may be the first extirpation event,” he wrote, though he noted that so far the problem was restricted to habitat loss.

Researchers state that the first most concern is for those female bears. Jon Aars of the Norwegian Polar Institute reveals that they normally travel across the ice at this season to make maternity dens on Hopen and other islands that are important for reproduction. “Unless sea ice forms within the next few weeks, pregnant females will have to swim,” he said.

Aars also stated that if the current climate trends to be continued, bears would struggle; although it is hard to say when the tipping point would be. In short, we could assume an ice-free Arctic is on forecast by about 2040.

Ecological Applications published a study this year which analyzed data on polar bears in northeast Alaska and the Northwest Territories and documented a 40 percent population loss of 1,500 to 900 bears between the years 2001-2010. “This is a clear warning sign of the impact a warming Arctic has on ice-dependent species like the polar bear,” said Dr. Pete Ewins, WWF’s Senior Species Officer in Canada. “Given this subpopulation is at the edge of the range, it’s no surprise to see this happening so soon”. Margaret Williams, Managing Director of WWF’s Arctic Program added, “Here are concrete numbers to show us that the impacts of climate change are happening now. We need to change course if we want to stop further habitat loss and ensure resilient wildlife populations, both in the Arctic and around the world.”