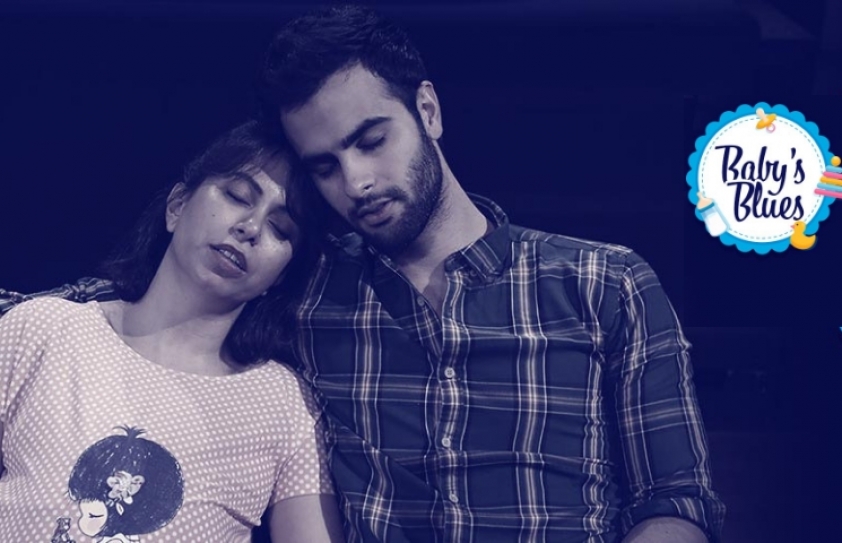 After the acclaimed opening of their play a few months ago, co-directors Ila Arun and KK Raina are staging more shows of their play, Tammy Ryan’s Baby’s Blues, which picks up a subject not usually talked about - post-partum depression.

Childbirth is perceived to be a happy occasion, the infant always referred to as “bundle of joy”, but many women in nuclear families have no clue about how to cope with the demands of motherhood. There may be magazine articles about the New Man, and enlightened organizations offer men paternity leave, but once a child has been brought into the world, it becomes the mother’s duty to care for it. Many women suffer severe anxiety, even suicidal or murderous thoughts, and the alarming feeling that they can’t really bring themselves to love a mewling, pooping, puking creature that has attached itself to them. People expect a new mother to be ecstatic, and all she feels is a sense of terror at the responsibility thrust upon her. 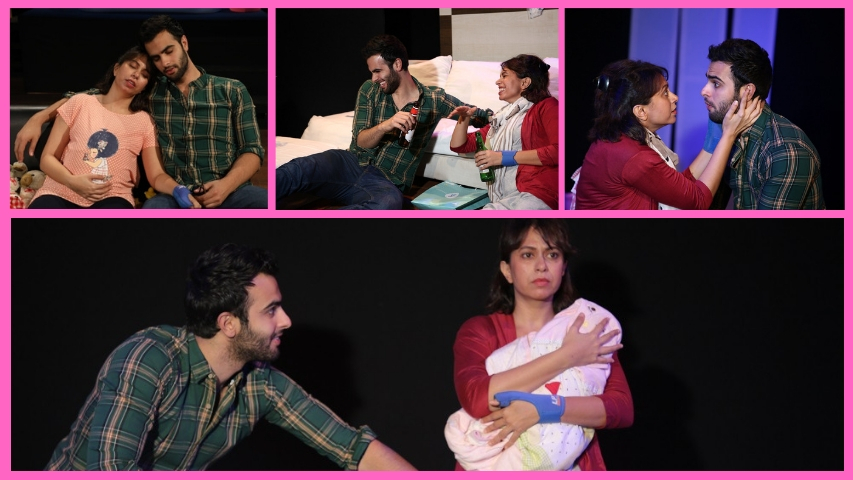 Dilnaz Irani and Ankur Rathee from the play, 'Baby Blues'

In Ryan’s play, Susan (Dilnaz Irani) gives birth to a daughter, and her problems start when she gets home. Her husband David (Ankur Rathee) is supportive, but even he cannot understand his wife’s crankiness; nothing he does to make life easier for her, seems to please her. Susan gets hallucinations about a girl, her absent mother and “Frenchman” a 19th century doctor, Louis-Victor Marce who studied and wrote about pre and post-partum psychiatric disorders.

“Where are all the women in my life when I need them?” Susan cries; her mother refuses to come and help, her best friend is too busy and her doctor keeps assuring her, with a chuckle, that whatever she is going through “is normal.”

Susan used to be a successful career woman, so her loss of control and loneliness result in a helpless rage that she unloads on to her husband.

However, the play does not quite work in the Indian context, where a woman might actually be overwhelmed with assistance - two sets of grandparents, neighbours, relatives and hired help.

Susan’s problems may be real but her irrational behavior somehow reduces the sympathy the viewer might have for her. She is an educated woman and should have been better prepared for pregnancy; her absolute refusal to seek help seems strange. The play was originally published in 2006, since then there is not just more awareness of women’s issues, but also on and offline support groups. There are cell phones used in the play, but no computer in sight.

It is a handsomely mounted production (set and light design by Salim Akhtar) and the performances by Irani and Rathee are outstanding. The running time is a problem though, particularly when, through most of it, the woman is whining about how motherhood wrecked her life. She quite rightly wonders, at one point, if this is what it’s like to have a child, how has the human race survived? How indeed!

On being an Indian: Ruskin Bond