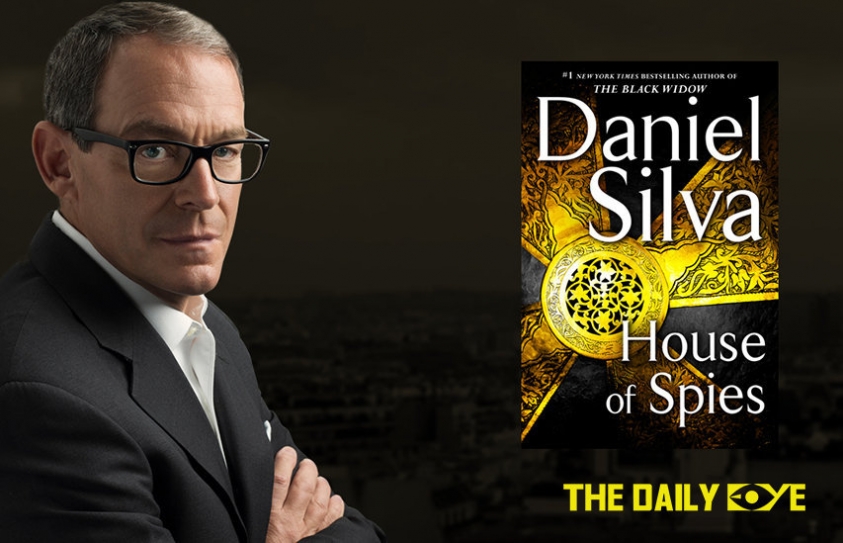 The World According To Gabriel

Every year around June or July, Daniel Silva’s latest Gabriel Allon novel is published and shoots right up to the bestseller charts.

For those who haven’t encountered the ace Israeli Intelligence operative yet, he is a most unusual assassin—he was plucked out of art school by his mentor and father figure, Ari Shamron to join a crack team and avenge the murder of Israeli athletes at the 1972 Munich Olympics. When he returned, he had aged much beyond his years and also become almost indestructible, although he came close to death several times. He becomes Shamron’s best intelligence officer in the field and also the world’s best restorer of art treasures. During the course of the series, he lost his infant son in a bomb blast that left his first wife, Leah, in an almost vegetative state. He met and fell in love with fellow intelligence operative Chiara and married her. She gave birth to twins and is temporarily out of action.

Silva’s unique creation returns in House Of Spies, the seventeenth book in the series. As he goes about tracking and killing terrorists across the world, the reader feels safe for a while with Allon looking out for them.

Silva is also eerily prescient—in his last book The Black Widow, he wrote about attacks in Paris, and they really happened; in House Of Spies, there is a terror attack in London’s West End, that bring to mind the Manchester carnage. He writes with authority on the goings on in the Middle East, and does not mince words when writing about Islamic fundamentalism.

The man who leads the Islamic State and orchestrates terror attacks all over the West is the mysterious Saladin. In The Black Widow, Allon had managed to get Natalie Mizrahi undercover into Saladin’s lair. Being a doctor, she could not bring herself to kill a wounded man, even a monster like Saladin. However, she got vital information about the attacks planned in Washington, but Allon was unable to prevent them. Now he is seething and obsessed with tracking Saladin.

In House Of Spies, the slim, strong, green-eyed Allon takes over as the chief of Israel’s intelligence services, but refuses to oust his predecessor Uri Navot, moving him to an office across the aisle. When the London attacks take place, Allon does not want to sit behind a desk; he is out there with his crack team, pulling that one loose thread—the Moroccan gun supplier-- that could lead to Saladin.

The trail leads them to the glamorous French seaside town of Saint-Tropez, where they prepare an elaborate façade to trap wealthy and ruthless businessman Jean-Luc Martel and his British girlfriend Olivia Watson into helping them to reach Saladin, who is hiding out in Morocco.

Martel is so well-connected that he thinks nobody will dare to expose the fact that behind his chain of legitimate businesses is his connection to the drug mafia that funds Saladin and his terrorist groups. His old foe-turned friend, Christopher Keller, whom he had brought back from the dead and placed in Britain’s intelligence service MI6, gets a starting part in this book, as does his former employer the Corsican Don Orsati; Natalie Mizrahi is crucial to the plot, since she is the only one who has seen Saladin properly. A massive operation is launched by the American, British, French intelligence services and led by Allon’s Israeli team.

Patience is Allon’s greatest virtue as he and his team slowly connect all the dots and go after Saladin, battling suicide bombers and jinns. The book is, maybe, not as nail-biting as The Black Widow, where the female undercover agent was in constant danger, but it is thrilling nonetheless. The Saint-Tropez portion is also enjoyable as the bait is thrown to Martel and Watson and they have no choice but to bite.

There is no scope for Allon to do any art restoration in this novel, so the reader will miss Silva’s insights into the work of the Old Masters. But as pulse-pounding thrills go, this novel is unbeatable.