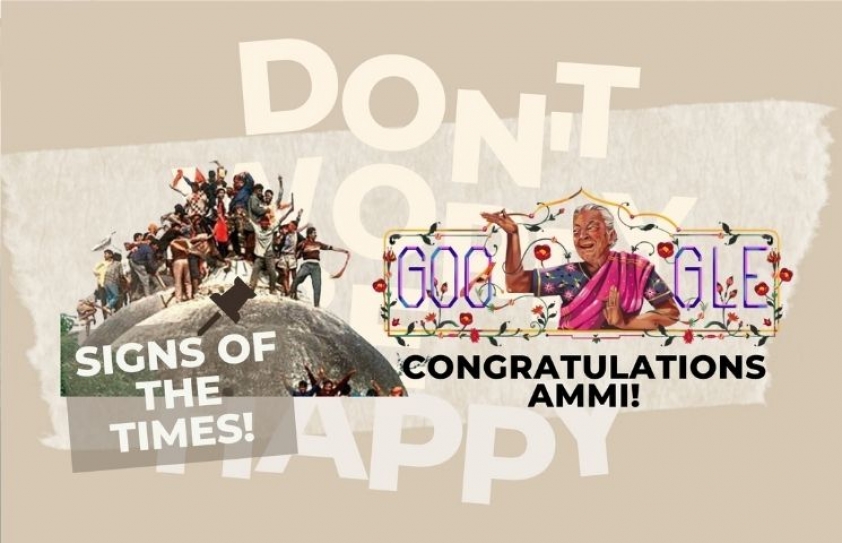 Humra Quraishi writes, “In the backdrop of the upcoming Mahatma Gandhi Jayanti, I have been wondering how Gandhi would’ve reacted to the Babri Masjid.” She also talks about the Google Doodle on Zohra Sehgal this week.

He would have been dismayed and devastated to  know that all accused have been acquitted by the Special Court. Gandhi would have voiced his concerns and also raised pertinent questions pertaining to the fact that the demolition of the Babri Masjid wasn’t just that of a historical structure of  religious significance but that the act sowed seeds of destruction and disturbed prevailing harmony in the entire country. Also far beyond.

That destruction of the Babri Masjid can be termed a turning point in the recent history of India because it barricaded our evolution with regard to our syncretic culture and collective survival.

To quote Khushwant Singh from one of his earlier writings, “Ever since  Advani’s rath yatra, I have been severely critical of him and at a public platform, I told him that he is responsible for sowing the seeds of hatred   between several communities. His rath yatra from Somnath to Ayodhya  culminated in the destruction of the Babri Masjid on December 6, 1992”. Khushwant also wrote about the fallout to be because of the demolition, “The repercussions were worldwide. Enraged Muslims targeted Hindu and Sikh temples in Bangladesh and even in the U.K. And in India, relations between Hindus and Muslims have never been the same. There were communal confrontations in different parts of the country; the serial blasts in Mumbai, the attack on the Sabarmati Express in Godhra and the massacre of innocent Muslims in Gujarat – all of them can be traced back to the fall of the Babri Masjid. However, the BJP reaped a rich electoral  harvest, won many elections that followed and eventually installed Atal  Behari Vajpayee as prime minister and LK  Advani as his deputy.” 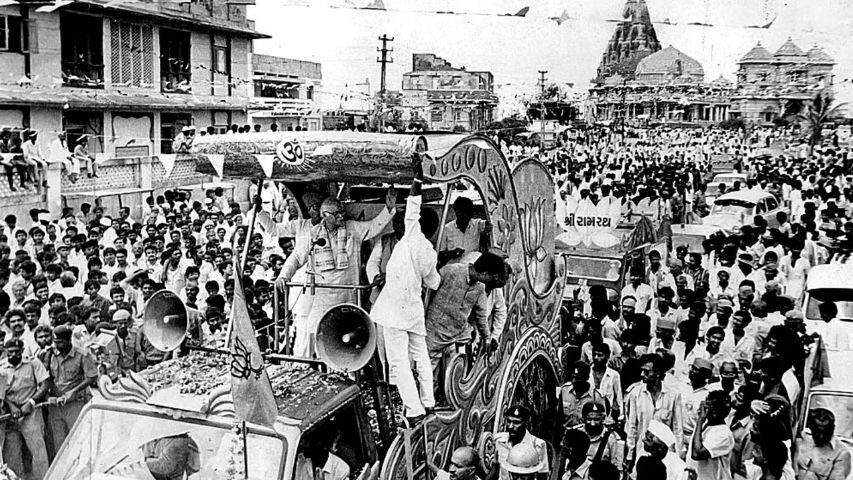 Not to overlook the fact the three - LK Advani, Murli Manohar Joshi and Uma Bharti were amply ‘rewarded’ for their deeds! While Mr Advani was  appointed deputy prime minister of the country, Joshi became the HRD minister and Uma Bharti, the chief minister of Madhya  Pradesh.

Today, of course, we have reached such a hopeless situation that nobody has been left in a condition to respond to onslaughts! Too many setbacks and tragedies are taking place every day, so many that we have lost count. If you recall, the Muslim community did not react last Autumn (Autumn of 2019) when the verdict on the Ram Janambhumi and  Babri Masjid was announced. Muslims have sat back disappointed and that’s about it. They have witnessed and withstood all injustice upon them and their communities in recent years. Quiet and forlorn they await for better days to come, when they can voice themselves with freedom. They have lost faith in the present government and hold no expectations from it.

After all, her film Neecha Nagar was released at the Cannes Film Festival on this day in 1946. Seeing her up there, got me in an introspective mood. I kept thinking of the two earlier occasions when I'd interviewed actress and theatre personality Zohra Segal. What had impressed me was her spontaneity and her ability to speak her mind. She told me every detail about her personal life in dastangoi/storytelling.

She had chatted informally as though we’d known each other for years - she didn’t shy away from narrating the financial problems she’d faced after her husband Kamleshwar Segal had killed himself. His death had left her and her children traumatized. And it was Pandit Jawaharlal Nehru who helped her at that very  crucial juncture  of her  life  and career.

She had left Mumbai thereafter, to re-establish herself in the UK. But then she returned soon after and started off with another long phase of work, struggle and then came more turns and twists. In fact, much about what went on in her life has been essayed in a book on her, written by her daughter Kiran in the year 2012 and which is titled – Zohra Sehgal: ‘Fatty’ (Niyogi Books). 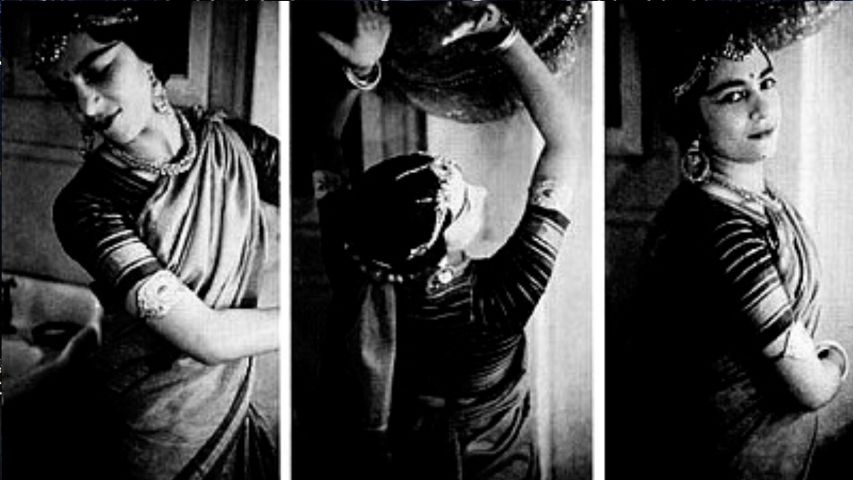 A trained classical Odissi dancer and artist and Jatin Das’ former spouse, Kiran has done an excellent job of piecing together all the ups and downs her mother Zohra Sehgal had faced in her lifetime. Let me quote from the  foreword  of  this excellent book - “When someone asked me to write a  book on my mother, I wondered, ‘What can I write about her? She is my  mother and that’s it.’ Most important, I am not a writer - far from it. I can only dance and nothing else! Then the seed was sown and I kept thinking  about it as days went by. This was in 2006  -  almost six years ago. My mind  travelled in reverse gear, to my childhood with her, my father Kamleshwar Segal and my brother Pawan, in 41Pali Hill, Mumbai (then Bombay). What a happy family we were. Her strictness, my father’s laughter, the get-gathers with neighbours, my friends and I running all over the place, going to school and of course to Prithvi Theatre with her. My first dance lessons  and training were with my mother and I learnt a lot from watching her  ‘dance’. I have written this book not as a historian or as an experienced writer but as a daughter who has been with her mother throughout her mother’s ‘ups and downs’, her struggle, her tragedies and her several moods! My mother has also been a great friend to me. We’ve had our fights, disagreements and criticism of each other - more her than  me - our jokes on ourselves and on others. It has been wonderful. On  27th April, 2012,  my mother Zohra Segal completed a hundred years of excitement in dance, theatre, films, television and this journey we call life. She exclaims, “I have hundred years of history in me! Congratulations, Ammi!”