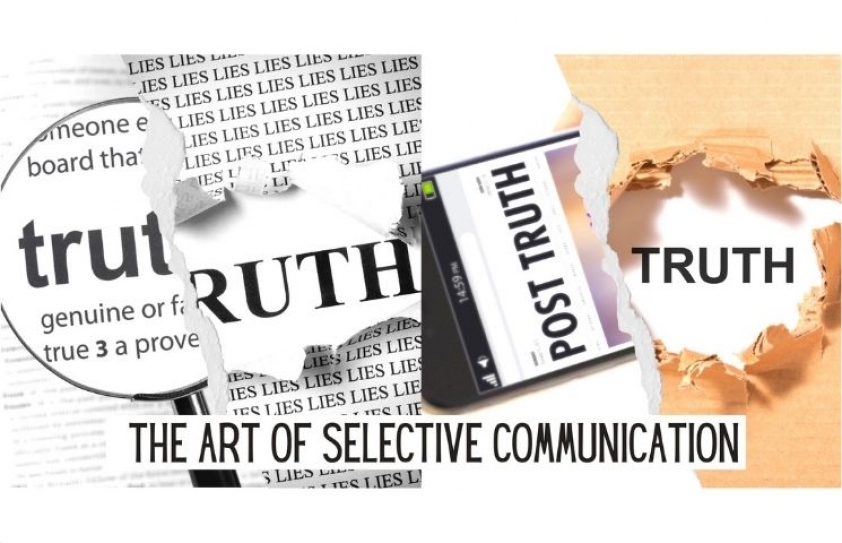 Dr. Sandeep Goyal explores the art of selective communication during this post truth era, the times in which it’s difficult to read what is written between the lines.

In 1997, a 14-year old schoolboy, Nathan Zohner, at Eagle Rock Junior High School in Idaho Falls Idaho, presented his science fair project to his classmates, seeking to ban a highly toxic chemical from its everyday use. The chemical in question is: Dihydrogen monoxide. Throughout his presentation, Zohner provided his audience with scientifically correct evidence as to why this chemical should be banned. He explained that dihydrogen monoxide causes severe burns while it is in gaseous form. It corrodes and rusts metal, kill’s countless numbers of people annually, it is commonly found in tumors, acid rain etc. and causes excessive urination and bloating when consumed.

Zohner also noted that the chemical is able to kill people if they depend on it, and one experiences an extended withdrawal. He then asked his classmates if they would support a ban on dihydrogen monoxide. And surely, without much hesitation, 43 out of the 50 children present voted to ban this clearly toxic chemical.

However, this chemical isn’t typically toxic at all; in fact, dihydrogen monoxide is simply H2O, which is nothing but water. Nathan Zohner’s experiment wasn’t a legitimate attempt to ban water but instead an experiment to get a representation of how gullible people can really be.

All of the points that Zohner used to convey his argument were 100 percent factually correct - he just skewed all of the information in his favor by omitting certain facts. Zohner himself admitted that he was appalled that my peers were so easily misled.

In recognition of his experiment, journalist James K Glassman coined the term “Zohnerism” to refer to “the use of a true fact to lead a scientifically and mathematically ignorant public to a false conclusion”. Today, Zohnerism is not just being ignorant about science or math, it is a term that best describes the gullibility of most of us when presented with facts and figures that simply overwhelm us by their seeming accuracy, erudition, methodical and sequential presentation; such that it sounds genuine and convincing. 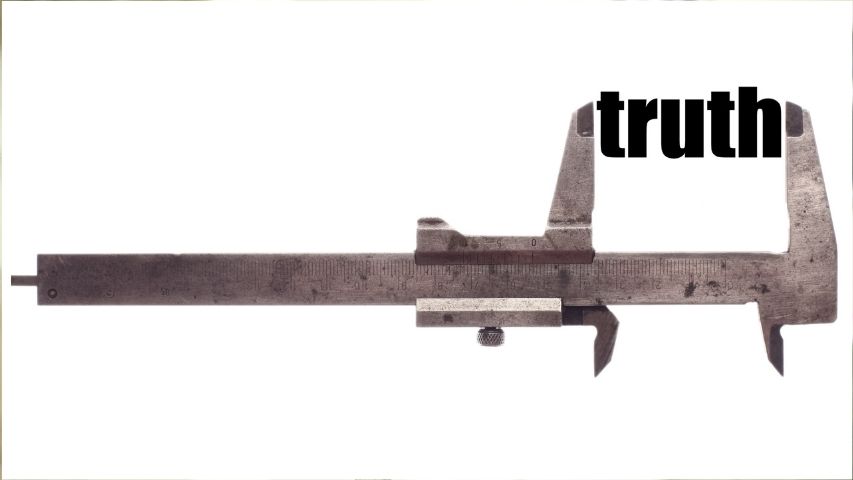 Zohnerism is today driving our daily consumption of news and shaping our understanding of most issues - our political dialogue, our economic narrative, our build-up of personalities, our assessment of events and happenings, our perspectives on religion, violence, tolerance, harmony, the books we read, the content we consume, the opinions we form. Almost everything. Everyone around us seems to revel in being economical with the truth but whatever is shared and circulated is slickly packaged in selective truth that is made out to be the entire truth.

The malaise of Zohnerism has plagued advertising as a business in particular. The all-pervasive problem of brands and their agencies trying to persuade consumers with half-truth - actually “convenient” truths that much like Zohner’s school project don’t lie - but present it through motivated (sometimes even jaundiced) lenses. The recent Sebamed versus Lever battle that has now reached the Supreme Court of India is a repeat of Dove claiming superiority on its pH neutrality as a soap some years ago, annihilating all of competition and then enjoying the benefits of undisputed leadership. It worked wonderfully till, of course, German rival Sebamed decided to use the same pH claims to rubbish not just Dove, but Lux and Pears too from the Lever stable. Similarly, the recent controversy when Saurav Ganguly came down with a heart attack focused attention on Fortune cooking oil and its mumbo- jumbo claims of having “gamma oryzanol”, which made it “a heart healthy oil” - whatever that is supposed to mean?

Not very far back, food researchers at the Centre for Science and Environment (CSE) picked samples from 13 brands of honey, including Dabur, Patanjali, Baidyanath, and Zandu and subjected them to tests that are required under national food regulatory laws. Most of the brands passed muster but when subjected to one test, called the Nuclear Magnetic Resonance (NMR) that can ascertain the composition of a product at the molecular level, was done at a lab in Germany, only three brands (spanning six samples) passed: Saffola, Markfed Sohna, and Nature’s Nectar (one sample of two). Of course, a full-fledged war of claims and counter-claims followed over the next few days.

The moot question is whether these brands were being economical with the truth. The point is that none of them was perhaps lying - they were just not telling the whole truth. They were all practicing shades of Zohnerism; playing on the gullibility of their consumers by saying stuff in their advertising that was true, yet not true. So where does that leave the ordinary consumer? Should he disbelieve everything brands say? Should he completely disregard all the glib talk of celebrities espousing brand benefits?

The only antidote to Zohnerism is brand shaming. When the Advertising Standards Council of India, red-carded 12 liquor brands for dubious surrogates recently but did not disclose the names of errant brands publicly, what could be worse?