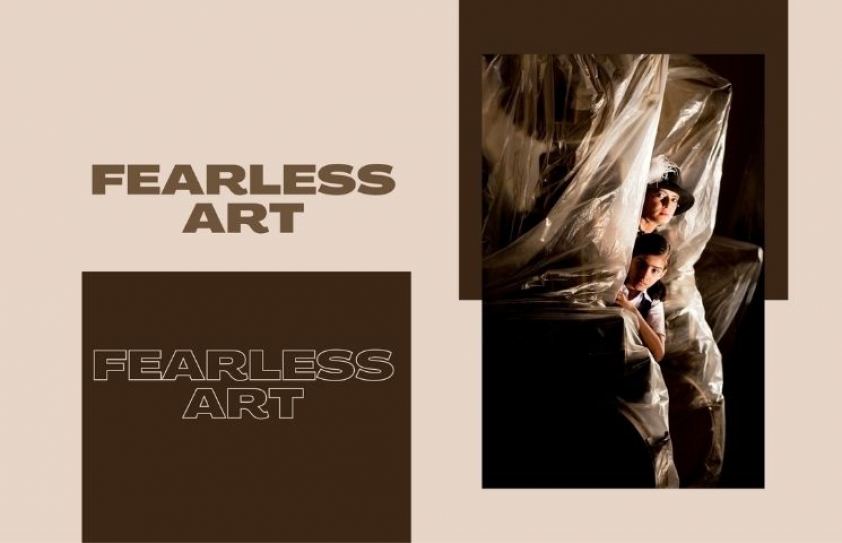 Surfing idly through the Internet, on a COVID-19 afternoon, I come across the astounding, dramatic photos conceptualised and enacted by the Bengaluru-based artist Pushpamala N.

And I can kick myself. I had known her in the last century as a sculptor from the M.S. University of  Baroda, living gypsy-like in a largish but dim-lit apartment in Prabhadevi, Mumbai. A terracotta piece in the works stood in a corner, baffling me. Like most philistines, I couldn’t quite fathom what kind of shape it would take or what the hell it would mean. Too funky maybe for my undeveloped tastes (still are). Uh oh, so here’s a gorgeous young woman doing her own number - live and let me leave. 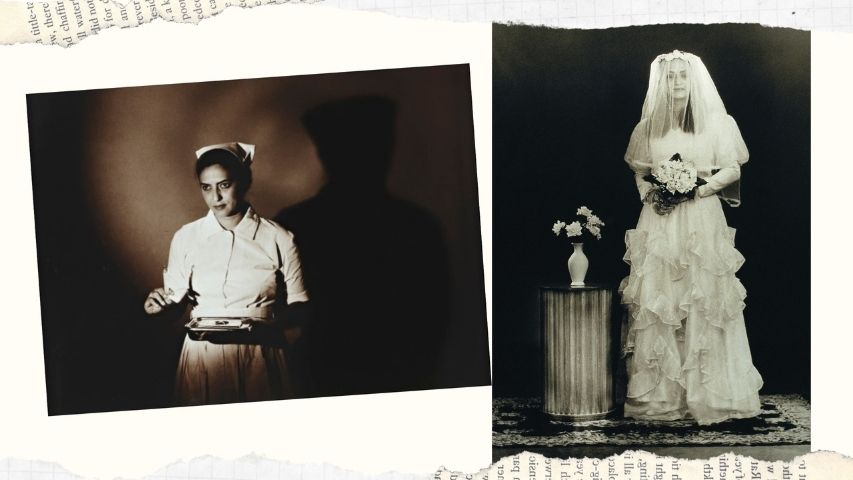 Next I know, Pushpamala N had becostumed herself as Fearless Nadia, the masked avenger of the Wadia movies. Quirky, fun, hello but is this art... I asked myself dumbly. Decades later on catching up with her work, albeit on the net, I was staggered. Her photo-romances, if I can call the images that, are cumulatively, a significant oeuvre. Yes, I would like to own one of her works on some fat-wallet day, but right now just seeing them is to see art in its zoneless, chutzpah-packed, experimental splendour.

Perhaps I don’t know the appropriate art-criticism words to describe or deconstruct them in my vocabulary. For that I log into her website to gauge how she views herself as an artist who has survived without opting for the easy routes to fame and fortune. Aah so the synopsis of her constant endeavours is that she’s a 60-something creator who has been called, “The most entertaining iconoclast of contemporary art.” As a photo-and-video-performer, sculptor, writer, curator and provocateur - and in her collaborations of others of her ilk - she has sought to subvert conventional and intellectual discourse. Applauded for her strongly feminist work, she has rejected autheticity (naturalism?) and embraced multiple realities.

Starting off as a sculptor, she began using photography and video in the mid-1990s, casting herself in varied roles, In her series of masquerades, she has placed herself at the centre of social and political inquiry. And, of course she exhibits widely in India and internationally.

Acting and impersonations are at the heart of her work. I even suspect if she had chosen to act in cinema or theatre, she would have been exceptional. Now now, wait! I must aspire to catch her for a conversation… to know her evolution from that young, laughing woman in a Prabhadevi apartment to an artist of global impact. With a Facebook inbox message, I strike contact, she says she has just come out of a party, she’s a bit groggy, I’ll call you in a day or two and she does on the third.

‘Phone chats unnerve me. Moreover, she speaks at bullet-train speed. I have to interrupt, hey say that again please. Here then are excerpts from our phone kyun and haanh: 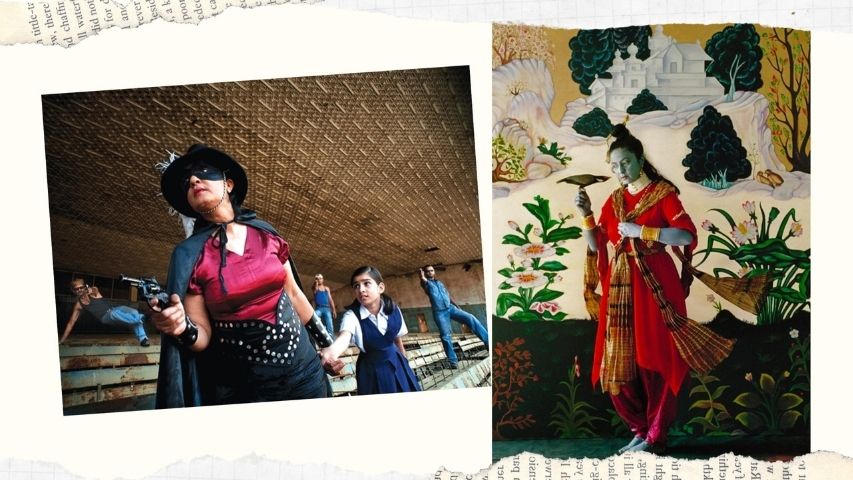 What do you mean long time? You’ve never come to any of my shows.

Guilty as charged… because…

Because you didn’t think much of me as an artist, you thought I was just a faltu.

Not exactly. I was unlettered in the intricacies of art, still am. To be honest, I saw so many of your photo-romances on the net and was wowed. How did they first happen?

Around 1995-’96, Arshiya Lokhandwala was organising a group show in her gallery devoted to cinema. Instead of doing a sculpture, I wanted to do something around the stunt queen Fearless Nadia, Bombay cinema’s vigilante figure… just like M.G. Ramachandran was in southern cinema. She could be like Zorro, Lady Tarzan and in some of her films would even dress up in a sari. I hadn’t seen her films but thanks to Shiamak Davar and her nephew, the late Riyad Vinci Wadia who had made a documentary on her, I could access some of her films on DVDs and a brochure, which was so self-deprecating and hilarious.

So it started off as a joke of sorts. I got a Zorro-like costume she would wear and persuaded Meenal Aggarwal to shoot the photographs. Actor Mita Vashisht was there to do my make-up. I was nervous about shooting on the road, so we sought permission from (gallerist) Shireen Gandhy to shoot around her home at Kekee Manzil on the Bandra seaface. Plus some shots were clicked at an abandoned bungalow nearby; it was a heritage structure, which is now Shah Rukh Khan’s house Mannat. 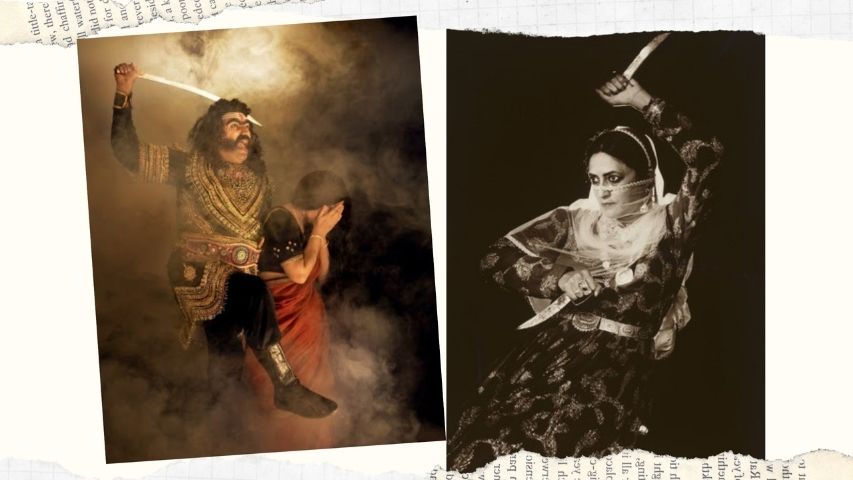 You mean it was an off-the-cuff idea to incarnate Fearless Nadia?

Not at all,there was nothing random or seize-the-moment about it. All my work in this area has been thought out, like the series on lost-and-found sisters, or the one on South Indian women, or of the nurse in uniform. They were conceived as alternate photography, a means which gave me an opportunity to perform.

Then I received a grant from the India Foundation for the Arts, Bangalore, which allowed me to extend my work in cinema-related photography. I set up the Artists’ Photo Studio in Bangalore with an elaborate theatrical set-up, complete with props, costumes, the works. I wouldn’t photograph the images myself, I would work with a photographer-collaborator. The aim was to recreate existing images and then deconstruct them, like images from films, film hoardings, newspaper cuttings and ethnographic sources.

You’re done a tongue-in-cheek series of Goddess Laxmi. Did that spark any controversy?

Hey, my images of Laxmi are worshipped. You’ll find prints of them in so many homes.

The aim is not to participate in a common masquerade. Like you have children dressing up as Lord Krishna, as Lord Rama and Sita during the festival of Ram Naomi. My mother, Vanamala, used to organise such events for the Ladies’ Club in Bangalore. She’d dress me up as Sita or Saint Andal while she would become Kabuliwalla. 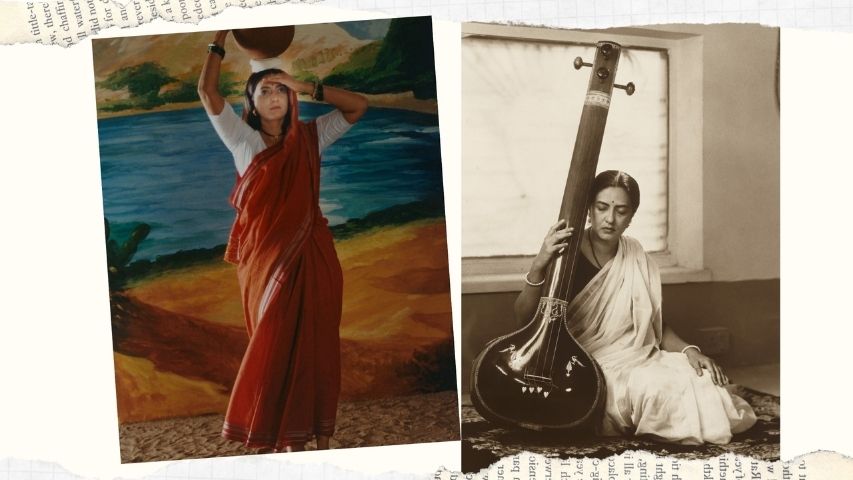 Has restlessness been the reason for you to shift frequently from different mediums?

Hardly. I explore certain ideas through different mediums, let’s say photography and video, which are allied. I’ve made a 35-minute video film, Paris Autumn, composed entirely of stills. I’m not a filmmaker, I’m not interested in making a conventional film, which in some semblance or the other requires a logical story. My work is experimental, fragmented.

Photography is still an evolving medium in India - is your work more well-known abroad than at home?

Now that’s a presumption. At the risk of sounding immodest, I’m very well-known at home. My work has been in several publications, newspapers  and on book covers of various state languages.

As for photography per se, it has become such a popular form, it has become very democratised, kids with Smartphones can click moments, portraits, skylines, whatever they want. In fact, there’s no more debate left about the fact that photography is an art form, whether good or bad. Even bad photographs, badly printed ones too can be used to articulate a statement. Conceptual art can be seen from so many varied perspectives. 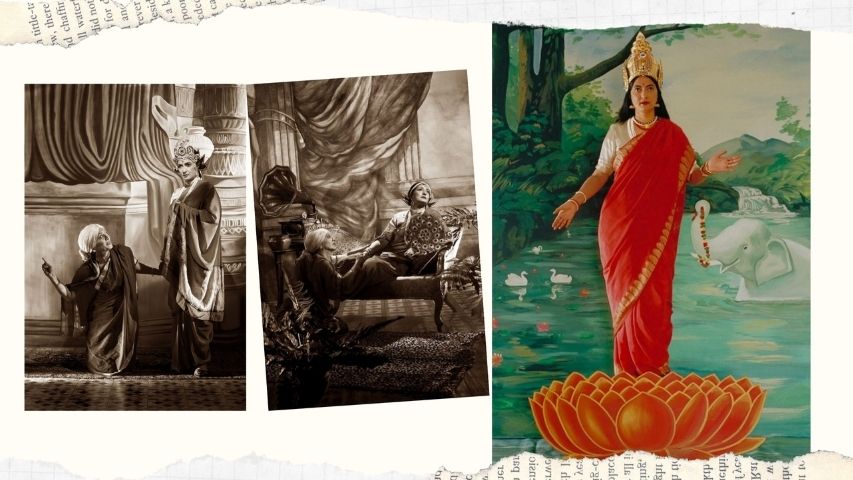 Tell me, were you comfortable with yourself during your years in Mumbai?

I was but at the same time, I did feel isolated.

Your work has been often compared with that of the  elaborately disguised self-portraits which focus on social role-playing and sexual stereotypes by the American photographer Cindy Sherman.

Yes, that has been irritating.

She is famous for performance photography. My images started off as a joke, which led to a body of work - in which I was the central figure  defined by the locations and conditions around me. This if I may dare say, has been influential in its own right. I’ve strived to invest new elements into art. An artist has to remain fluid, so for the time being I’ve returned to sculpture.

By making yourself the central figure, doesn’t this amount to narcissism?

Come on, I’m not ‘acting acting’ in the images. I’m creating a mise en scene, a language to express myself. By the way, you’ll hardly see any photos of myself on Instagram or Facebook posts. What would they get? Likes and comments saying, “Oh, how nice you look.” If I had, then you could have accused me of narcissism.