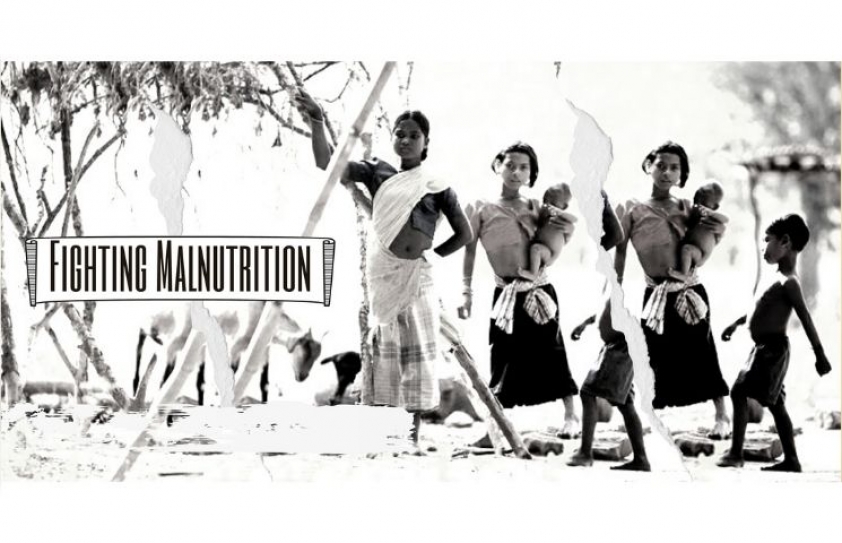 The district of Bijapur in Chhattisgarh, around 480 km from state capital Raipur, has been tackling an acute problem of malnutrition for years, especially among children, writes Sameer Showkin Lone.

A region comprising primarily a Scheduled Tribe population, Bijapur saw a malnutrition rate of nearly 40 per cent in 2019. To curb this acute dietary problem, the district administration, under the Centre’s Aspirational Districts’ Program, came up with the Suposhit Bijapur initiative. Under this program, nutrient-rich millets became the focus, which were introduced in the meals provided at anganwadis.

Locally known as ragi or madiya, millets are consumed primarily in the form of a soup they call pej. They were once a staple food here but no longer easily available. The advent of paddy cultivation saw the food-grain move to the back burner gradually. "Millets were available in a few areas of the district where farmers cultivated it for household use,” explains Satyajeet Singh Kanwar, Assistant Director of the Department of Agriculture. “This was not sufficient for a sustained program aimed at eradicating malnutrition.” The district had to, for starters, cultivate enough to feed the 30,000 or so children enrolled in its anganwadis.

The Suposhit Bijapur campaign was launched as an initiative among departments of agriculture and horticulture and the Integrated Child Development Services (ICDS). This started with the establishment of “poshan badis”, or kitchen gardens, to ensure the availability of fresh vegetables; it identified and treated anemic women, set up egg farms for self-reliance and ensured an increase in the production of millets.

ICDS District Program Officer Lupendra Mahinag says they began their work at village level by reaching out to the local communities through the village heads (sarpanchs). Through them, the population was sensitized about the need to provide better nutrition to children. They identified regions with higher malnutrition rates and also directed their efforts towards bringing about behavioral change to inculcate better food habits. 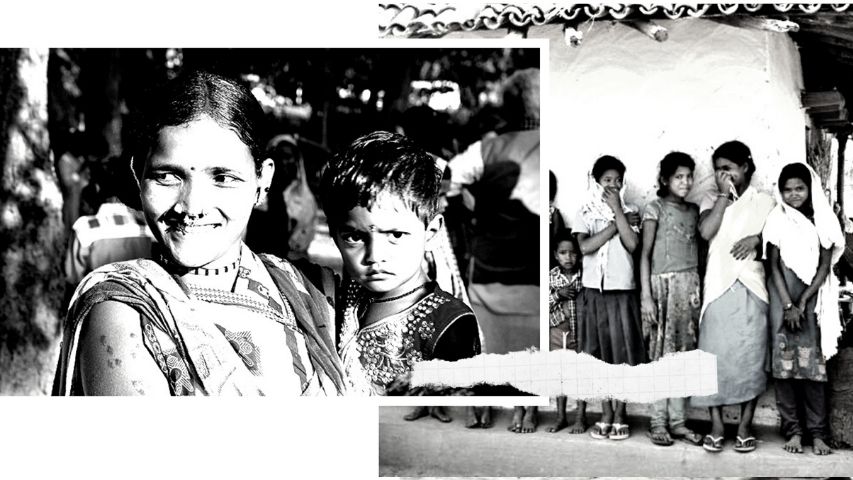 “We started with setting up kitchen gardens in anganwadi centers. Where it was not possible, we set up the gardens on the premises of the homes of anganwadi workers,” Mahinag says. “The horticulture and agriculture departments provided the seeds and the necessary assistance and also helped us diversify the meals that we were able to provide to children three times a day.” The Chief Minister’s Suposhan Abhiyan was launched around the same time as Suposhit Bijapur, which Mahinag calls “a blessing in disguise” for the district. “Through the Suposhan Abhiyan, we provided eggs, biscuits and peanuts to children, which allowed us to further diversify the food basket," he adds.

“In June-July 2019, we planned to create master trainers [in millet cultivation],” says Dr Arun Sakni of Krishi Vigyan Kendra in Bijapur. “We procured millets from Andhra Pradesh and distributed the seeds among farmers. We then trained them about how to cultivate the grain by adopting modern methods for higher yield.” According to data from the Department of Agriculture, 200 farmers were initially roped in for the program. They tilled 200 acres for the food grain, and by the end of the year they ensured ample production of millets in the district. 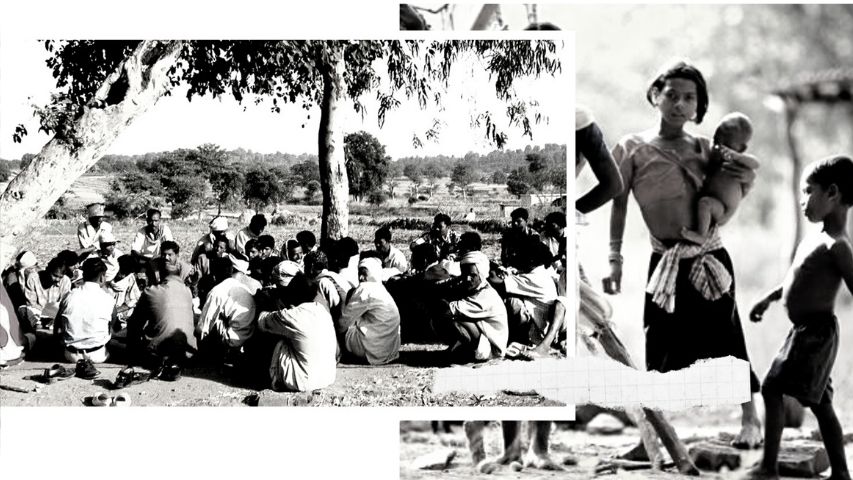 Besides the earlier inadequate supply of millets, there was another problem that the Bijapur administration had to tackle: the reluctance of the local population to have their malnourished children admitted to Nutritional Rehabilitation Centers (NRCs) for treatment. The authorities had expanded the bed strength at Bijapur’s four NRCs - one at the district hospital and three at the block headquarters of Bhopalpatnam, Bhairamgarh and Awapalli - for children suffering from Severe Acute Malnutrition (SAM). But families living in the interiors of the region were still reluctant to admit their young ones to the NRCs for the required 15 days. This hesitation among people was prevalent even after the administration provided them with vehicles for transport to the NRCs.

During this period, children are administered the required nutrients, they’re helped with weight gain and also given emotional and physical stimulation. At the NRCs, the children are first given a formula that’s low in protein, sodium and fat, along with glucose for carbohydrates. The F-75 formula is a special mix intended to meet the children’s needs without overwhelming their systems at the initial stage of treatment. As their bodies stabilize, the formula is upgraded to one with higher calories to rebuild weak tissues.

In response, to ensure that the malnourished children got the treatment they required, the authorities decided to take the NRCs to the villages. "Anganwadi centers were turned into temporary NRCs,” Mahinag says. “The local Sub Health Centers and Primary Health Centers were asked to monitor the children. The anganwadi supervisor and workers were trained by the food demonstrator on how to prepare the correct formula-based meals to administer to these children. A proper roster was formed. This method helped us reach more and more children suffering from malnutrition." 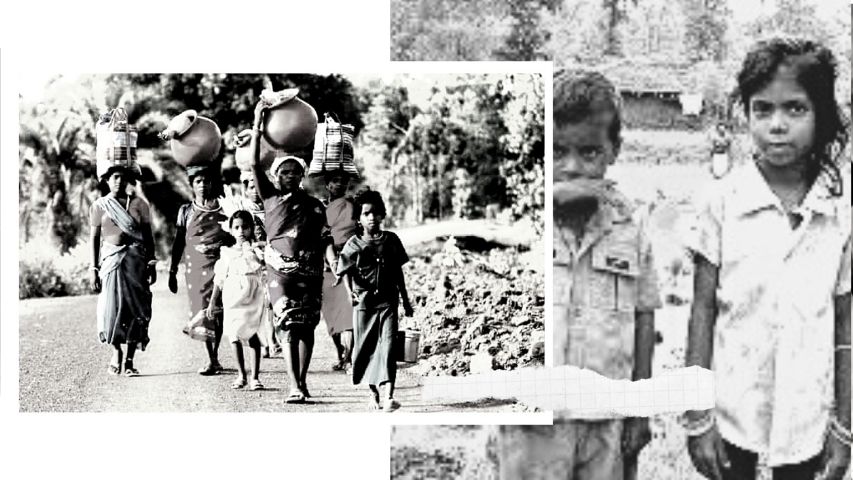 Data from the Women and Child Development Department shows that Bijapur district had a malnutrition rate of 38.48 per cent in 2019. Of the 27,870 children registered in 1,096 functional anganwadis, 10,725 were malnourished; 1,863 of these suffered from SAM. After two years of efforts to battle malnourishment and a lack of an adequate source of millets, the figures speak for themselves: in March 2021, the number of children in anganwadis rose to 30,255 in the district; of these, the number of malnourished children has dropped to around 8,000, a significant decline of 12 per cent.

On the need for ragi (millets) in this process, an anganwadi child development project officer says: “Ragi [millets] is provided in different varieties of meals [at the anganwadis]. For instance, on some days, we make soup [pej]. On others, we make halwa, ladoos and biscuits so that children don't get bored with just one kind. We are now planning to make ragi pizza, as well.”

Collector and District Magistrate Bijapur, Ritesh Kumar Agrawal who is leading the project says, "It is an issue that requires efforts from multiple stakeholders. To fight malnutrition, a multi-pronged approach and engagement and participation of society are important. Participation of different stakeholders is ensured like UNICEF and Civil Society organizations. The efforts are to accelerate the rate of decrease of malnutrition through intensive awareness. At the same time enabling the society to take ownership of the program".